59
Disjoint, a rebus, a petroglyph,
Randoming the outskirts of everything,
The air addled with cold,
The Lumina hoar-hood’d with
Rime, I leaf through a
Book of heroes. “Here is
Huckster Hedinn the Big, mean-
Temper’d and a braggart, he
Snatches back what he sells.”
Hourly marches down long corridors
Like a lobbyist, that is
Commerce in the twenty-first
Century, the cat-pitying peddler
With “trusse of tryfles at
Hys backe” shoo’d off by
Monopolists. “Another woman, named Sonnet,
Stretch’d herself out on a
Red-hot brazier without flinching,
And acquired for herself the
Approbatory epithet of The Salamander.”
The everyday rattletrap kind of
Vehicular must fires a head-
Long urge to voyage and forswear
The scant genius of place,
To rework the field guides,
To deposit accidental invasive exotica
In the planter-boxes of
The ordinary with a bosky
Freedom unshod by “exiguous patents.”
No truck with it. No
Mock-bindlestiff off-track mobbing.
Here it’s mighty cold for
October, and the scissor-snip’d
Red maple leaves plummet down
To line the streets. The
Cold makes of the mind
A singular fierce cautery apply’d—
Poker in the fire awaiting
The mad searing bite, the
Sealing off of day’s flesh.

“There is a shortness of poetic sight” he proceeded wildishly “when the image of the emotion is focussed before the verbal retina; and a longness of same, when it is focussed behind. There is an authentic trend from that short-sightedness to this long sightedness. Poetry is not concerned with normal vision, when word and image coincide. I have moved from the short-sighted poem of which you spoke to a long-sighted one of which I now speak. Here the word is prolonged by the emotion instead of the emotion being gathered into and closed by the word. There are the two modes, say Marlowe and Chaucer, keeping the order, and who shall choose between them? When you say ‘he will do better’ you may mean: ‘he will write a poem of a more perfect short-sightedness’, or again you may mean: ‘he will express himself more totally in the long-sighted mode’. Already, I repeat, I have expressed myself more totally in the long-sighted mode. I dislike the word better.”
There seemed no reason why he should stop, and doubtless he would not, had not her instinct (this time I suppose we might say, her taste) broken the silence and she moved.
“Yes,” she said “but don’t do yourself an injury trying to circumvent it.” Suddenly, flickering out at him like a sting, putting it up to him, the hard word. “And verbal retina” she said “I don’t get. Can a word have a retina?”
He stiffened his neck against her at once. Observe how their relation already is thickening, soon it will be a monstrous tangle, a slough of granny’s-bends.
“I could justify my figure” he said, with a great show of fatigue and altitudino, “if I could be bothered. Words shall put forth for me the organs that I choose. Need I remind you how they relieved themselves under Apollinaire?”

Ah, sweet Sam. Always a reference to sweet “relief.” I think all that (out of Dream of Fair to Middling Women) locks up (as with a quoin in a chase) all the necessary type and furniture of my “poetics.” “Words shall put forth for me the organs that I choose.” No more hoity-toit about the “experimental.” No more raucous catcalls for the “innovatory.” (My “poetics”: avoid the Latinate shun and shush.) It’s not only seeing that matters, it is whether one is myopic or hyperopic (and how well certain prescribed writs for “relief from Dioptrical Aphorisms” obtund the tender raillery of one’s eyes). And the audacity of one’s silence. And the stock of one’s pottage. 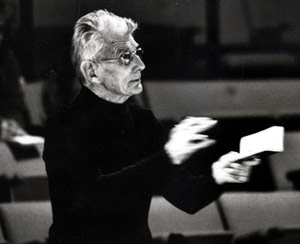