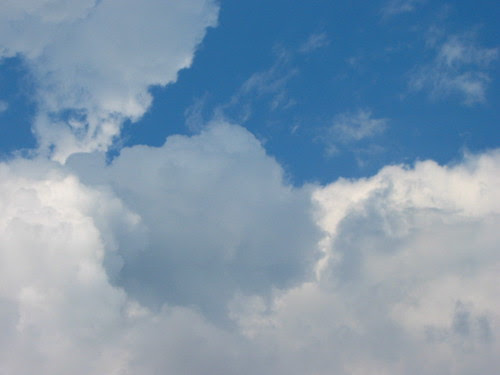 Sale pursuant to
Aims and claims
Unmonitor’d by hereditary

Overseers or captains
Of industry in
The guise of

Regular guys out
Coughing up fiduciary
Acumen for private

Is icummen in,
The loan is
Due again. Goddamn

Mortgage swap is
Fiscal slop, the
Banker chews my

Pen and I
Eschew the slumgullion
Meat in mud

Of world neurosis
Underslung by credit
Erect’d by gangster

Lobbyists for half-
Built projects guaranteed
To pile-drive

Into the Third
World mud a
Million or so

(Rounding down) workers
At a minimum
Wage represent’d by

Enough to fend
Off any union
Beyond one aligning

Wealth arm’d with
A brutal acquiescent
Military to unstopper’d

Cold enough to sweater up under the jacket biking in. Yesterday’s lines mortar’d together into three by three bricks, something satisfying about making a forsworn shift out of the battery-duo of prose tossing it to the line, the line tossing it back. In Panic Spring, a character sketch of one Rev. Richard Pixie, a parson recall’d back in England—Durrell is notorious for saying he left behind “the English Death” in leaving what he call’d “Pudding Island”—includes the sentence: “He had never heard of Donne, piles, the Reformation, Duke Ellington, the cosmic ray, Remy de Gourmont, Henry Miller.” An omnivorous list, one pulling up several shrieking mandrakes of contemporary culture of the moment (c. 1935). I toy’d with the idea of translating it into equivalent terms (c. 2008)—who is “our” Henry Miller, who Duke Ellington? Durrell’d just begun corresponding with Miller, senior by two decades. A note indicates that “the Symbolist poet Remy de Gourmont” was “a major influence on Durrell through Ezra Pound’s translations, The Natural Philosophy of Love in particular.” A book I’d assumed nobody took seriously, or even read. Pound, in a “Translator’s Postscript” writes:

Not only is this suggestion, made by our author at the end of his eighth chapter, [Pound translates the line: “There might be, perhaps, a certain correlation between complete and profound copulation and the development of the brain.”] both possible and probable, but it is more than likely that the brain itself, is, in origin and development, only a sort of great clot of genital fluid held in suspense or reserve; at first over the cervical ganglion, or, earlier or in other species, held in several clots over the scattered chief nerve centres; and augmenting in varying speeds and quantities into medulla oblongata, cerebellum and cerebrum. This hypothesis would perhaps explain a certain number of as yet uncorrelated phenomena both psychological and physiological. It would explain the enormous content of the brain as a maker or presenter of images. Species would have developed in accordance with, or their development would have been affected by, the relative discharge and retention of the fluid; this proportion being both a matter of quantity and of quality, some animals profiting hardly at all by the alluvial Nile flood; the baboon retaining nothing; men apparently stupefying themselves in some cases by excess, and in other cases discharging apparently only a surplus at high pressure; the gateux, or the genius, the “strong minded.”

Elsewhere, Pound claims that “the power of the spermatozoide is precisely the power of exteriorizing a form” and talks of “the symbolism of phallic religions, man really the phallus or spermatozoide charging, head on, the female chaos.” He gets in a poke at the English: “Even oneself has felt it, driving any new idea into the great passive vulva of London, a sensation analogous to the male feeling in copulation.” No slouch at constructing airy castles of insolence out of sheer exuberance and megalomania, Pound attempts a seizure of wild categoricals, duds it up in pseudo-scientific lingo:

Postulating that the cerebral fluid tried all sorts of experiments, and, striking matter, forced it into all sorts of forms, by gushes; we have admittedly in insect life a female predominance; in bird, mammal and human, at least an increasing male prominence. And these four important branches of “the fan” may be differentiated according to their apparent chief desire, or source of choosing their species.

All hogwash, though admittedly a kind of energy attends to it. One admires the thorough brashery of Pound’s public fibbing to himself, and notes how timid and hollow the similar (duller) effusions of Pound’s categorical followers seem. With Durrell, the fictioneer, the oddity (and the pedantry) of such incursions is subsumed by character—it’s thrilling to consider the whole feast of human beliefs and systems, the “complicated simian ways” outside of the lecture room.

To Monday. (Enough “stupefying myself by excess.”)