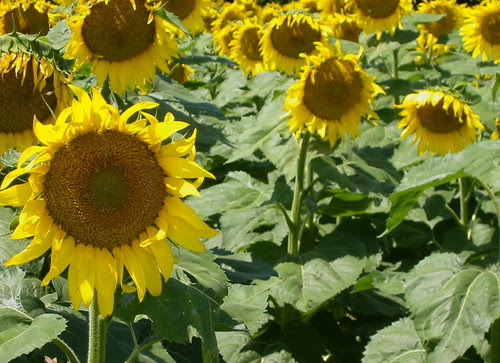 43
Stet initial’d greenly Johannes Factotum. I raked the dry rumpus of leaves off the greensward, and push’d the spindly cutter about to clip down the grasses for winter. A raw spot on my thumb for proof. I panic-napped and the dog join’d me. I need to borrow a ladder to “get at” the gutters. The one (ladder) I found down the street—I think the postal facteur (or facteuse) inhabits the joint with Tuffy the dog—a few years back with a sign reading FREE attach’d: I lean’d it up against the eaves and plant’d one foot against a rung and had it bust in half bingo. “It” made me “wary.” I read a few pages of Lawrence Durrell. I clamor for roseate feelings splay’d out against Levantine skies, high daunting boyish percepts “engendr’d” by turpentiney retsina or licorice’d ouzo. Oh skittish history! In the port of Piraeus I slept in a vacant lot. Lading clang’d the steel decks and swarthy shouts and in the morning I found a sheep’s horn where I’d laid myself down to sleep. Sleep to sleep we go with besot’d upright intervals between. Ezra Pound says: “Part of literature seems to spring from hate but its vitality is not in the hatred.” Confusing, one assumes, a sloppy fueling anger (and its stinging hoots of perennial gut-busting laughter) with some dullard thing, basic, that hot white Andy that, unleash’d, could kill a man. And there’s Shostakovich saying that (under the Soviets) writing about death’s “tantamount to wiping one’s nose on one’s sleeve in company.” Death making its blunt foray into the cacophonous weekend realm of mild duty and uncertain pleasure, the scrivener’s itch to rope off a chore for oneself and be subsumed by it. (Raking, I found a cat-claw’d chipmunk expiring in the sun, nudged it with a finger. Whereof it gaped a little gingerly and fell to panting oreye mush bilge its squint emphysema’d with a sudden glare Zukofsky.)
Messes undo the mesh. Autumn
Is here in order that
Spring mought lick its wounds,
Give nurse to its surviving
Cub whose play is strong
Enough to engineer a sobriety
And welter hard as rock.
Everything conspires to fetter sun
To the land that names
It sun and the world
Feigns go about its business
Of stern nonchalance with its
Flag-wavers not ever up
To code, the semaphore men
With arms wind-milling like
Arms, only to get the
Signals so wrong, so mightily.
The vociferousness of reason is
Rivet’d into itself by voice,
By a crude particularity of
The “reasonable”—and so it
Flows off, chart’d into stasis.
Off we go to paw
Through books abandon’d by owners
In the hitherto perfect weather,
To confront the resilience of
Print, how it refuses indulgence,
Off to roam and collapse
Into a leather’d chair, air
Unfurling in cool billows out
Of ducts hid by grates
Dispersed amongst ceiling tiles made
To resemble deal, unfinish’d odd
Job lots of yellow pine,
With countersunk fixtures baffled by
Foil-color’d discs that throw
Any available light back out
Where it glances mischievously up
Off the notebook page to
Offer umbrage for writing’s solitary
Task, its misfit circularity of
Saying a thing that is
Without say-so, yclept, puttering.

One’d think I’d “of” muster’d up some less meagre galumph after my three day spree in absentia. No. Is there a “natural” trajectory of writing that peters out in a month or so? The daily belting of the pencil to my rachitic claw becomes ever less uplifting, its results squeezed out as if under duress, mephitic, vaporous, pestilential. I see some high hootenanny about something is proceeding, somebody mess’d with somebody’s “stuff” (my word, is what Archie Ammons’d say), or is it that “our” “intellectual” “property” got stuff’d in a sack and is being fenced, or somebody sew’d a Karl Lagerfeld tag into a grimy pair of gym shorts: I don’t know, piracy in the trenches poetickal, it all seems terribly redundant, and anybody cow’d by it, or anger’d by it, or turning to tort’d up legal malapropisms for succor, a fleabit whinger of another “era.” If the Scot William Dunbar’s the first to use “fuck” and “cunt” in print (1503), he got the angle on it, no? A lot of perennially coop’d up horses bucking wildly is what I see and C’est mon dada, still means “It’s my hobby,” no high horses need apply.