Be assembled by
Automatic control into
A standard vacuum

Cleaner. The solace
Of form is
Found in imperturbability,

The way it
Runs a noisy
Railroad track right

Into a neighborhood
Tavern in order
To imbue it

With the surplus
Value of novelty—
Gulp a Manhattan

whilst a Pullman charges around the bend and throttles down to park itself just there where that boater’d gent’s about to amble off looking for the loo. Standardization is capable of making enormous reductions in cost though its progress is dauntingly slow because of the perennial artificial style rumpus in sales and marketing, prematurely despoiling standardization’s regularly engineer’d attempts at fruition.

For the nonce.
Stupendous (stupefying) numbers
Of choices with

Exhibit. Found not
Put together. The
Universe’s got distance,

Intractable the lunge
At the new
Unceasing, earnest, doom’d

To mimic any
Market of intangibles.
I make of

My brow an
Erstwhile alchemical equation,
Studious and dumb

To “furtherance,” happy
To retool a
Technology of ease

And mouths working
A common measure
To refine without

Conspicuous or savage
Parading that which
Is the case.

Rain gear’d up in the yellow parka against the sporadic blasts of rain coming down out of duotone black skies. Lawrence Durrell kept “quarry books” full of scribbles—phrases, scenarios, clippings, transcriptions. Reworking some severally, leading to the “cubist” perspective-sense of, in particular, The Alexandria Quartet. One learns in the posthumously put together (by Joseph Tabbi) 2002 William Gaddis book, The Rush for Second Place: Essays and Occasional Writings, that “Gaddis left innumerable uncollected news items and ‘hundreds’ of further ‘clippings, outlines, vast numbers of notes, drafts of early pages’ intended for” a history of the player piano. Comparable to—in Tabbi’s words—“Walter Benjamin’s unfinished ‘Arcades’ project, or—better still—a prize contribution to the still evolving “Dead Media” project initiated on the Internet by cyberpunk novelist Bruce Sterling (a compilation running from Klieg light spectacles to eight-track tape players and superseded software platforms).” That project is, apparently, in abeyance or “transition” or defunct, though some notes remain and Sterling’s (1995) statement. Struck by Sterling’s talk about Man Ray muse Jacqueline Goddard’s, her percipience regarding how (largely) tools change behavior:

After a day of work, the artists wanted to get away from their studios, and get away from what they were creating. They all met in the cafés to argue about this and that, to discuss their work, politics and philosophy . . . We went to the bar of La Coupole. Bob, the barman, was a terrible nice chap . . . As there was no telephone in those days everybody used him to leave messages. At the Dôme we also had a little place behind the door for messages. The telephone was the death of Montparnasse.

(Relation to O’Hara’s famous: “While I was writing it I was realizing that if I wanted to I could use the telephone instead of writing the poem”?) Gaddis’s clippings and notes, chronologically order’d, include things like these (for 1913):

Santayana: “For utility makes beauty, & eyes bulging out from the head like his are the most advantageous for seeing; nostrils wide & open to the air, like his, most appropriate for smell; & a mouth large & voluminous, like his, best fitted for both eating & kissing.”

On Walt Whitman and the “charm of uniformity in multiplicity”: “Everywhere it greets us with a passionate preference; not flowers but leaves of grass, not music but drum-taps, not composition but aggregation, not the hero but the average man, not the crisis but the vulgarest moment; & by this resolute marshalling of nullities, by this effort to show us everything as a momentary pulsation of a liquid & structureless whole, he profoundly stirs the imagination.”

As for the ultimate consumer of all this musical feast, the American music lover, he ate it up and cried for more. No longer did he have to exert himself even to the extent of pumping pedals or pushing levers. An electric motor now reduced his chores to zero. He merely sat back, relaxed and dreamed, while his piano, entirely on its own, delivered performances by the giants of the keyboard, from Pachmann and Godowsky to Vincent Lopez, right in his own living room. No czar, sultan, or begum could command more.

Not entirely certain what it is I am pursuing here. Thinking about “public writing” (“The Everyday”) and my own increasing disinclination to kowtow to the various “product placement specialists” of my cohort—editors—which is probably putting it a little strongly (that is, perhaps I simply make a manifesto out of personal sloth, “can’t be bother’d”). Point is, everything I write gets “put up” here (not exactly the truth: the “off” day scribbles of late—number’d sections of “The Everyday” get add’d to a now fifty-or-so page file collecting the whole). Is that a “quarry book”? Is all of Isola di Rifiuti a “quarry book”? Is there any intent to “rework” any of it? Extract and “publish”? If Santayana’s right and “utility makes beauty” (or if Whitman’s right and what matters is the scribbling itself, that “effort to show us everything as a momentary pulsation of a liquid & structureless whole”)—then why bow to the historical (authenticating) ritual of the book, or the postures of the vetted? (Back to O’Hara: “I confess that it may be the death of literature as we know it.” That primary insouciance that says: “how can you really care if anybody gets it, or gets what it means,” and adds, “or reads it.”) That’s not why one put on the kilt in the first place and set out to squeeze at that bag of air so lustily. 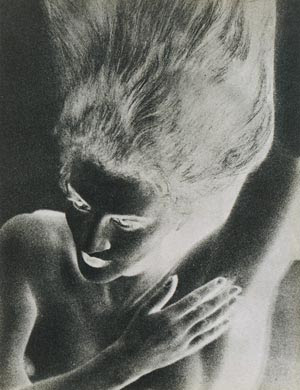