65
One cloud smudges out a
Considerable way, is lost behind
Black and fire-breach’d Max
Beckmann trees, “without distraction of
A literary nature.” One wants
To hint at depth through
Simple accumulation, make a mosaic
Of transience, blues and indifferently
Stain’d whites. Deep irregularghz. Years
Of it, and plotz’d Merzbilden.
A goodly sheen off that
Sex “organ” there, the one
Construct’d out of a broken
Umbrella, red silk.—Do you
Mean it? I am tying
My jumbo human consciousness to
The nearest star, in order
To meet—if meeting it
Is—the edge of the
Abyss, its bravura three-dimensionality
All raffia armature and plâtre
Laid thick in a mound
And crevice arrangement, a heavenly
Greensward where the light, diffuse
And riffled into gauzy pleats
And rills, settles against one
Like a dress, and like
A dress, is lift’d off.
—Yes. I mean it completely.

Okay, back to my gaseous irregularity of laze and ooze. I think of something every four weeks or so, and a giant bubble containing it ascends through the mud I squat at the bottom of, and makes a nauseating sound—slow flap and hiss—on escaping. I josh. Truth is, any number of things need attending to—I am a terribly slow reader—I am finicky, abstract’d, a lexical butterfly. I miss’d my nap. I took, a few days back, to trying to read a few pages of Thoreau’s Journal each day (along with Coleridge’s Biographia—“the one that I am in a minor slump regarding”), along with whatever I am “officially” reading (The Recognitions, a hoot and a book that one knows immediately on breeching that its truest pleasures’ll lie in rereading). “Rereading,” fat chance this life, I think, unconsciously mimicking the classic double two-beat put-down of Robert Hass’s woman in the Charlottesville bar, “Good luck, asshole” (in “Listening and Making” in Twentieth Century Pleasures, one of my prefer’d essays on metrical dexterity and infelicity). My sense is that the Journals begin slow and ameliorate, the richesses in the higher percentages of natural history observations, with a concomitant diminuendo in the aphoristic. Thoreau’s odd concerns: crystallography, the vista or prospect, distancing oneself out of the range of idle human speech. Happiest with the human caught integrated into the phenomenal smear: “the prophane haymakers in yonder meadow.” “Men are constantly dinging in my ears their fair theories and plausible solutions of the universe—but ever there is no help—and I return again to my shoreless—islandless ocean, and fathom unceasingly for a bottom that will hold an anchor, that it may not drag.” Reminding me of the recurring idea in The Recognitions of “maybe we’re fished for”—that somebody in a larger celestial-sailing “craft” trawls overhead, its anchor catching against tombstones, we, creatures at sea-bottom. (The notion apparently out of one of Charles Fort’s books skeptical of marvels and oddities and anomalies, Fort responding cheekily to a report of a UFO with chains hanging down off it: “I think we’re fished for. It may be that we’re highly esteemed by super-epicures somewhere. It makes me more cheerful when I think that we may be of some use after all.”) (Is that the same kind of reversal ’s that play’d out in the mighty scribbles of Gaddis’s Esme regarding painting? Cf. “It does not seem unreasonable that we invent colors, lines, shapes, capable of being, representative of existence, therefore it is not unreasonable that they, in turn, later, invent us, our ideas, directions, motivations, with great audacity, since we, ourselves having them upon our walls. What rude guests they prove to be, indeed: although paintings differ from life by energy a painter can never be a substitute for his paintings, so complete so independent as reality are they. Imagine the pleasure they enjoy at this.”) (I note: for the high academic constructivists and Sunday flarfists in the crowd: “The mere coincident of materials at one’s disposal cannot make a painting, nor even a journey where nothing had been selected, nor lost by traveling, a journey, indeed, that might as well never had been taken.”) Harrumph. 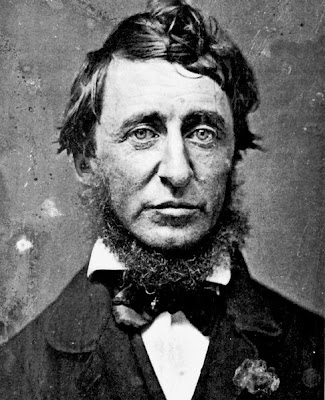