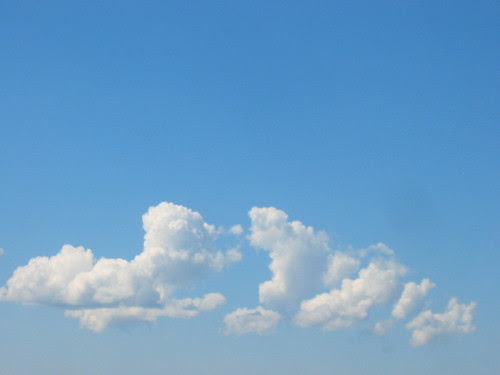 37
Olesha writing to Bulgakov: “Mishenka,
No abstract lyrical ditties for
Me, ain’t nobody needs that.
A poet’s got to write
Satirical poems, vicious and spare.
One’s lines ought to be
Practical for seven-ruble burger-
Flippers. Okay for you, Mishunchik,
You do humor like Mark
Twain. Me, I keep seeing
Clouds shaped like South America,
Itches in the air.” Dante,
Too, witness’d a moving bas-
Relief cut in a cliff,
An enormous tableau vivant of
Mercy. Olesha, who complain’d about
The “compilatory itch,” endless nodal
Combining ungoad’d. The everyday checks
Its mail, finds a new
Book: “In French, the word “sommeil” (sleep) comes from “petit somme”—in Latin somniculus—a word that falls apart in the mouth.” Liking sentences that demand a transference of authority—demoting the eye—and make one say a thing out loud. Liking, too, sentences that narrow seeing to a mysterious grammatical kernel (canny, uncrack’d): “My nut is vitiate.” I worry that the everyday slithers off into the monocotyledonous grasses like a skink, a snake, threading its way across the field in high report, notating the sowbug, the slug, the dun-color’d carapace shed, the nematodal rootlets, exposed to air, of a stray cornstalk sprung out of a previous year’s ear, without seeing the field itself, how the wind sweeps the timothy and alfalfa east just before dusk, as if the sun exhaled hotly in setting.
Lag and constitutional, the dog
Tugging along uncomb’d, or squatting
To pee. The longing is
To collapse into a book.
I try to capture what
Slips through the neural pus—
Spongiform, mapping, wires, guylines, a
Rapturous slew of possible nouns
Makes itself available; what I
Meant, though, occur’d prior to
That onslaught, in the fugue
Moments of all thinking stop’d.
(Stop’d meaning a continual play-
Back mode, a scratch making
The record skip: sponge, sponge, sponge, the wall the ratiocinatory hits is a common word.) Just so, the everyday founders in ordinary currency, that sluggish dependable that manages to bring the groceries home. Bean soup and sliced tomatoes and a can of beer. “Everything” bagel with peanut butter. A pernicious thin rain begins, comfort in the way the closest drops individuate into percussive sound against the slur’d constant backwash. Everyday punctuation, the story itself unrehearsed. There’s that desire to lull the neural firings down into sheer inactivity, the no pulse contra the frenzy of input bombardment, to allow a long billowing swell of recognition to alight in the form of one solitary neural gull, repeating is dulling, ongoingness is dulling, the everyday gull’d and schtupped by stupor: welcome.

The books pile up, the reader stands akimbo, violently thumping the parquet with one insolent foot thrust forward. Temporary condition of connubial bliss in reading in, not writing about. So off I go to read, and promptly fall asleep. Histoire de ma vie. I look at a picture (in Blue Thirst (Capra Press, 1975) of young Lawrence Durrell leaning up (in jacket and tie) against the omphalos at Delphi:

He’s leaning on the great omphalos, the great bellybutton of the world at Delphi. In those days, Delphi had no barbed wire around it and the omphalos was lying about in a field for anyone to sit on—I could have taken it home in the car if I could have lifted it. It’s the ancient Greek center of the world and of course, all the more dangerous for a poet to do that sort of thing, to take up that blood-curdling arrogant attitude because right next door is the shrine with the Pythea where the goddess of all poetic inspiration officiates, and she could really have driven him mad. If she had turned over in bed he would have been crushed like a bed bug.

And the terror “when I see myself innocently sitting astride the omphalos up there like an idiot fiddling with the safety-catch of the universe.” The calling of poetry. The mandatory and canny respect and tributes for its rituals, its gods and goddesses. The need to keep a nodding participatory obeisance to that posture so’s not to sully the art. Do I believe that? I don’t know. The room is filling with wings, beating wings. 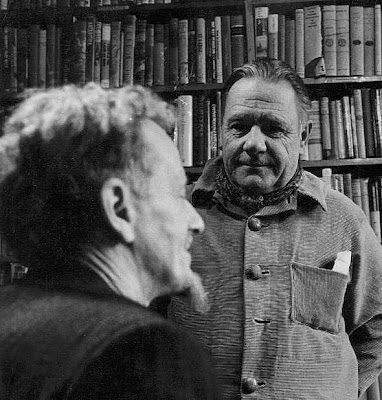 “Portrait of a Bookstore as an Old Man”