How, in The Recognitions, a man, a painter, “bent over a cup, where he held the egg yolk suspended between the squared fingertips of one hand, and a pin in the other, about to puncture it”—to make tempera (he’s using the last egg)—says, repeating the counsels of a former art teacher in Munich:

That romantic disease, originality, all around we see originality of incompetent idiots, they could draw nothing, paint nothing, just so the mess they make is original . . . Even two hundred years ago who wanted to be original, to be original was to admit that you could not do a thing the right way, so you could only do it your own way. When you paint you do not try to be original, only you think about your work, how to make it better, so you copy masters, only masters, for with each copy of a copy the form degenerates . . .

And one nods fiercely over some lines of Wallace Stevens, thinking—“Is it possible to copy a piece of writing without diminishing it (making a “mere” parody)?” Or is that to dodge what is the literal demand of the task: that what is needed is copying tout court. (Think of what one learn’d about, say, Maxine Chernoff’s prose poems in New Faces of 1952 by typesetting each, letter by letter, line by line, into a job stick, and printing, and proofing.) (Think how the new technologies militate against copying and recopying in the individual plunging punctum par punctum style.) (What is need’d “in the schools”: copying work. Not the banal and obvious ninny-work of Kenneth Goldsmith “doing” an issue of The New York Times—daily press newssheets being unsuitably by definition “copy of a copy” work—but something of a master (Wallace Stevens’s Collected Poems, say, and in order, not all higgledy piggledy) and preferably with a manual typewriter, or hand-setting type.) What I learn by simply pecking out (with impeccable care):

Two wooden tubs of blue hydrangeas stand at the foot of the stone steps.
(Repeat’d an nasals in “hydrangeas stand.”)
The sky is a blue gum streaked with rose. The trees are black.
(Repeat’d “blue”; “gum” nodding up at “tub,” that plodding soft u there and, echo-y, in “wooden” and “foot” triggering the sluggish banality of the title.)
The grackles crack their throats of bone in the smooth air.
(Repeat’d ack in “black,” “grackles,” “crack” all adding up to (by hint and mimic) the bone-caught-the-throat hacking of the “throats of bone.”)
Moisture and heat have swollen the garden into a slum of bloom.
(Beginning to ascertain the lulling l and double-l running a dulling song throughout: “blue,” “blue,” “black,” “swollen,” “slum,” “bloom,” “bloated,” “bliss.” The l in the final “malady” trio: its dumb mimic-lolling.)
Pardie! Summer is like a fat beast, sleepy in mildew,
(Idiotic quasi-French self-rousing oath and interjection—“Pardie” anglicizing “Par Dieu”—first of several failures to hoist oneself out of the banality, of weather, of words. The emphatics of “fat beast” immediately subsumed by (again) the douceurs of the l: “sleepy” “mildew.”)
Our old bane, green and bloated, serene, who cries,
(What is the relation of the maledicting “bane” to the commonplace “banal”? Beginning of the long e-soundings and plenty of buzzing m’s and n’s: ease of “green,” “serene,” “heave,” “seasons,” &c.)
“That bliss of stars, that princox of evening heave!” reminding of seasons,
(“Princox”: a coxcomb, a pert (impertinent) youth, upstart. Under-echo of praecox in its uses, dementia praecox, or ejaculatio, as in the sudden fore-shout’d “Pardie!”)
When radiance came running down, slim through the bareness.
(Which reading needn’t put a sexual turn to that “radiance” “running down.”)
And so it is one damns that green shade at the bottom of the land.
(What is the “green shade at the bottom of the land”? Is it inevitably the case that a poem that proceeds according to its musickings—think of Zukofsky’s imperative: “music, itch according to its wonts”—must eventually be subsumed by its saying? That is, push’d into a perceived discursive (semantic) slot by its writer, a meaning?—its music-conduit more or less stopper’d?)
For who can care at the wigs despoiling the Satan ear?
(What is the Satan ear? What exactly is being hid? One “damns” a “shade”; “wigs” “despoil” something; the longing is for the “unfuzzed”—how avoid the hints of sexual malady? What to do with the earwigs pincering around in that “ear”?)
And who does not seek the sky unfuzzed, soaring to the princox?
(&c., &c.)
One has a malady, here, a malady. One feels a malady.
(One is beginning to experience symptoms oneself. Somewhere Joseph Tabbi, I think, talking about William Gaddis says something about the old “ability to hold in mind two opposed meanings”—and posits “O Dio and odium, heaven and repugnance” as exemplary—the kind of malady of the soul (preeminent in late summer?) that oppugns the redresser here . . .)

50
Capable quotidian music, its doublet all unbraced and stockings
fouled. What if the everyday is only appendix and indices,

featurettes? Consolatory gimmick, booby prize, some stock
frippery for entering the race so uncomprehendingly, so against

the odds? Wallace Stevens: “There is no pith in music / Except in
something false.” He’s looking for the fish in the gubbins, the shine 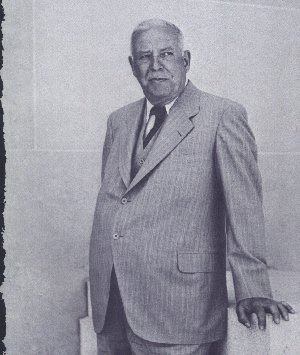