9
Some nights it is the archive itself that puts one to sleep, its giant rolodex flipping soundlessly in the unchangeable black, drawers of indices sliding in and out. Records of billions of lives of stumpy-finger’d exigencies, the implacable deeds and diversions of workers for whom form is a brutal quotidian hole fill’d up with whatever the body is capable of emptying before its collapse into unsightly nocturnal tremors and fits unalleviated by rut or snore. The ethical trudge of getting by without getting hook’d by the frivolous, or the apery of mendicants, oh the damnably proud scarred snouts of those who—lifting it up out of the daily trough to ascertain if anything better is likely to come tumbling out the slop bucket, a slimy turnip, a limp black radish, a coagulating stomach-knot of gristle—repeatedly get bang’d by the pail, or clout’d by a boot.
One dead-ends into platitudes,
It is the nature of
The word to mimic itself
Down through its uses, every
Dog’s grin that preceded it
Accompanying it, panting out its
Doggy life with a fit
Determining. Or the word is
Dislodged, bump’d out into a
Spur track that ends at
A town abandon’d to coyotes,
The copper in its hills
Shovel’d out into company cars
By men of the company
Houses that sag with freight’d
Blunt desuetude, a word in
Need of the sustenance of
Use, mere, vif, desultory, a
Leap into the churning
Vim-gesticular of language, sock’d
In to the creamy white
Page, or elbowing itself out
Of the mouth as speech.
Bee swarms of speech, the
Dusty yellow hive-hole of
The mouth, the weight’d hind
Legs of the bees, globular
With pollen grains. Yesterday I
Found the dog nosing a
Leggy cicada clawing the air—
Put a finger to it,
Carry’d it like a green-
Gold torch, a setting cruelly
Cut, to a twig where
It alight’d and blazed into
Dusk and light’s depleting suck
West. Tendency to complicate the
Natural with unsubtle quests for,
If not meaning, human-sized
Articulations. Read a few pages
Of the classic Animals Without
Backbones.

An end of summer weekend just made for “introspection and regret” (Larry Woiwode), so one revs up to charge through it, pure avoidance missile, splashing down mark’d lanes under pennants, &c. Or one naps indefatigably, or tosses out semi-lineated bejeezus (defining the long poem in America) in irregularly prompt’d “spurts.” It’s difficult to grab the critical kittens by the scruffs of their necks and carry each back into the cave (and safety) when one’s out everyday romancing a feral ditty, trying to keep the mandibles of a size to bite off the biggest beasts around. I did (do) continue to read the Biographia Literaria, attending to the whole (that wilderness), whereas I previously hit the outcroppings, and that in an actual post-fever sprint: influenza’d and sleeping for some days, I “recover’d” by barreling through Coleridge (it act’d as a kind of de-pressurization chamber for a return to the “well” world). Fancy land. (Poor Coleridge, one just wants to throttle the bloke—he’s a walking bag of Baby Dreamcakes impersonators, wouldn’t use a nostril to sniff out a fire about to consume ’s saggy ass if life depend’d on it. He’s just not an empiricist of the senses.) I like Coleridge’s intrepid sass, that way of putting vanity (that is to say poetry, ninety-nine percent of which is made by men and women who “mistake an intense desire to possess the reputation of poetic genius, for the actual powers, and original tendencies which constitute it”) in its place, pointing out so punctually just how “a man can know one thing and believe the opposite, yet assuredly a vain person may have so habitually indulged the wish, and persevered in the attempt to appear what he is not, as to become himself one of his own proselytes.”) Self-proselytizer factories: the kind of thing one sees amongst our self-named blog-comrades all the time. Reputation as sheer perseveration. Ah, here comes the new routine, same as the old routine. As the good Doctor Williams says: “Mother of Moses there’s a breeze, but it’s all ‘hot air.’” The lovely thing Coleridge reports is that “the habit of perusing periodical works may be properly added to Averrhoe’s catalogue of Anti-Mnemonics, or weakeners of the memory.” A catalogue, one notes, the editor is “unable to trace.” Others: “eating of unripe fruit; gazing on the clouds and (in genere) on moveable things suspended in the air; riding among a multitude of camels; frequent laughter; listening to a series of jests and humorous anecdotes, as when . . . one man’s droll story of an Irishman inevitably occasions another’s droll story of a Scotchman, which again, by the same sort of conjunction disjunctive, leads to some étouderie of a Welshman, and that again to some sly hit of a Yorkshireman; the habit of reading tombstones in church-yards &c.” Conjunction disjunctive, why that’s dub-imagism, dub-New Sentence, no? “Ah, here comes the new routine, same as the old routine.” 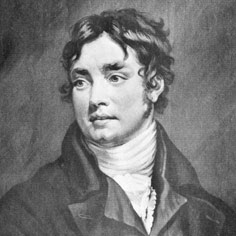