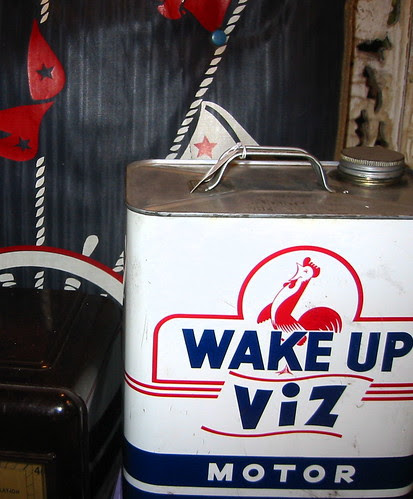 33
Sharp green nut-rubble under
The hickory tree, seasonal work
Of squirrels methodically decimating it.
One chitters and sizzles, keeps
A tree between itself and
Me, scrabbling laterally if I
Approach. Leaves tinged with gold
Hint at a fire-lick’d
Plinth, upstart angels, draft plenipotentiary
Up to heaven, though nobody
Spouts that Ranter shit nowadays:
Upstart you mean startup, angel
You mean venture capitalist. One
Longs to cease belonging to
One’s foul century, where talk
Of nuts seems insupportable, the
Feckless denial of a genial
Nitwit “huff’d out of town”
By supercilious holders of deeds,
(Not words) howsoever worthless they
Be. Think of Keats who
Long’d to be “turn’d loose
To feed upon spiritual Mast”—
Denying the way the horrifics
Of the day demand something
Beyond scurrility and airy-plait’d
Nebulosities of the fancy, that
Total abandonment of one’s trajectory
To the boot’d regulators, for
Whom one is expendable, a
Rote human machine, and not
“A sort of ethereal Pig”—
Or Kafka admitting bluntly “Writing
Is a stench.”
Green the
Hickory nut remains escarping up
Under the tree, squirrels like
Migrant laborers methodically decimating it,
Stockpiling. One natters and ratchets,
Peeking out, the tree-trunk
It grips between itself and
Me, scrabbling laterally if I
Edge up. Gold-broider’d leaves
Point down to a fiery
Plinth, upstart angels riding the
Updrafts, plenipotentiaries carry’d “unto” heaven:
Nobody needs Ranter talk nowadays.
For upstart read startup, for
Angel read venture capitalist. One
Longs to cease belonging to
One’s befoul’d century, where mere
Nut-talk is supportable only
Through reckless denial of things
(Words) conducive to any nitwit
“Huff’d out of town” by
Ever-haughty deed-doers, holders
Of script’d orders for action, howsoever
Worthless it be. I think
Of John Keats who long’d
To be “turn’d loose to
Feed upon spiritual Mast”—a
Stance of nebulous fancy, air-
Plait’d buffoonery, that denies the
Daily demand for imperial horripilation,
The total abandonment of one’s
Dreaming to the boot’d regulators,
For whom one is expendable,
A hireling machine’d to task
Inhumanly, and not one
Of the “ethereal Pigs”—or
Franz Kafka scribbling down “Writers
Speak a stench.”
Spiky and
Broken, the hickory nuts scrawl
Out under the hickory, a
Kind of writing, a short
Unendurable history of how a
Small troop of squirrels, needy
Gleaners, methodically did the tree
In, fatting up against winter.
One scritches and mews, intently
Keeping the tree between itself
And any approach, dashing laterally,
One eye cock’d. Finger’d leaves
Tinged a terrible yellow point
To some monumental fiery slab
Whence cometh emergent angels, upstarts
Sailing up singing, plenipotentiaries for
A heaven on earth: levellers
Rising to bring down mountebanks:
No heed to Ranters nowadays.
Any upstart’s a startup, another
Market dot in a market
Dotted with dots (that’s not
Writing); any angel’s a venture
Capitalist. One longs to cease
Belonging to one’s “dotty” century,
Where talk about angelic leavings
(Nuts) is a sure sign
Of insupportable nitwittery, bird-brain’d
Denial of things any stalwart
Of the state’d be sure
To see “huff’d out of
Town” for relief, for what’s
Taxing to a “doer” is
The ill-deemery of rampant
Possibilities with no issue
Of orders, howsoever reckless they
Be. There’s Keats who want’d
To be “turn’d loose to
Feed upon spiritual Mast”—riddling
And weaving up a cloud
Of fancy, puff’d airy buffoonery,
That exceeds (freely) the daily
Demand of empire’s boot’d regulators,
Undepictable abandonment of one’s oneness
To one fit expendable, machine’d
To a common inhuman slot,
Never again to be one
Of the “ethereal Pigs”—and
There’s Kafka: “Writers talk stench.”

Finish’d the Rorem New York Diary. He complains about singers treating songs as “arias, meaning as events bigger than life.” And says: “A song is an intimate experience having less to do with mammoth scope than with miniature intensity. This last quality has become, at least in America, like a needle in a haystack.” I think of the lyric poem, the complaints about its epiphanic onslaught, swelling up the momentary to (too) gorgeous (weight’d) heights and bignesses: perfectly aria’d (in Rorem’s sense). Though the opposite tendency, objectivist restraint, the “merely notational”—oh, it registers with a shrug, so what, too drab, why bother.

Turn’d to Kafka’s diaries (The Diaries of Franz Kafka, 1910-1913, edited by Max Brod, translated by Joseph Kresh), reading rather breathlessly, stunned by inexplicable moves sentences make, or metaphors that claw at the gut-ineluctable (“When despair shows itself so definitely, is so tied to its object, so pent up, as in a soldier who covers a retreat and thus lets himself be torn to pieces, then it is not true despair.”) Kafka, too, addresses the aria-tendency, responding to a mediocrity (a novelist): “A man who on a small scale produces something fairly good here blows up his talent to the size of a novel in so pitiful a manner that one becomes ill even if one does not forget to admire the energy with which he misuses his own talent.” (A suitable review-line for the plodding obsessional accumulative “heroics” of something like Ron Silliman’s The Alphabet? Oh, probably.) Kafka:

Almost every word I write jars against the next, I hear the consonants rub leadenly against each other and the vowels sing an accompaniment like Negroes in a minstrel show. My doubts stand in a circle around every word, I see them before I see the word, but what then! I do not see the word at all, I invent it. Of course, that wouldn’t be the greatest misfortune, only I ought to be able to invent words capable of blowing the odor of corpses in a direction other than straight into mine and the reader’s face. When I sit down at the desk I feel no better than someone who falls and breaks both legs in the middle of the traffic on the Place de l’Opéra. All the carriages, despite their noise, press silently from all directions in all directions, but that man’s pain keeps better order than the police, it closes his eyes and empties the Place and the streets without the carriages having to turn about. The great commotion hurts him, for he is really an obstruction to traffic, but the emptiness is no less sad, for it unshackles his real pain.

Incredible. Is it the simple velocity of the images, tugging in replacements and expanding? Is it nature of that image (“that man’s pain keeps better order than the police”)—as if Wallace Stevens’d placed not a jar, but a wound’d jarhead—I can’t help myself—in Tennessee? One sure thing: the spell. One trusts Kafka completely (wheresoever he, blind—“I do not see the word at all”—, travels), just as he trusts the writing completely. (The next day he writes (about writing): “It is really something effervescent that fills me completely with a light, pleasant quiver and that persuades me of the existence of abilities of whose nonexistence I can convince myself with complete certainty at any moment, even now.” (I think of Marianne Moore’s lines about how one “with controlled agitated glance” observes an insect “and all’s a-quiver with significance.”) Agitations of maintaining a state of receptivity, that portentous pinpoint stance, writing with breath stop’d (some look for it in alcohol, for there is a moment, there, too, of perfect drunkenness, unmaintainable). Kafka: “one should permit a self-perception to be established definitively in writing only when it can be done with the greatest completeness, with all the incidental consequences, as well as with entire truthfulness. For if this does not happen—and in any event I am not capable of it—then what is written down will, in accordance with its own purpose and with the superior power of the established, replace what has been felt only vaguely in such a way that the real feeling will disappear while the worthlessness of what has been noted down will be recognized too late.”

The “versions” contain’d within number 33 of “The Everyday” mimic the diary whose early pages (at least) served Kafka (partly) as book of drafts. Reading several variant beginnings of a piece—a kind of cubist writing—I thought to rattle the cages of the few lines I’d “penned” last night: und so weiter. Everyday repetitions, scales. 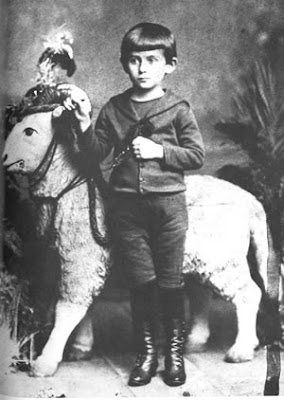