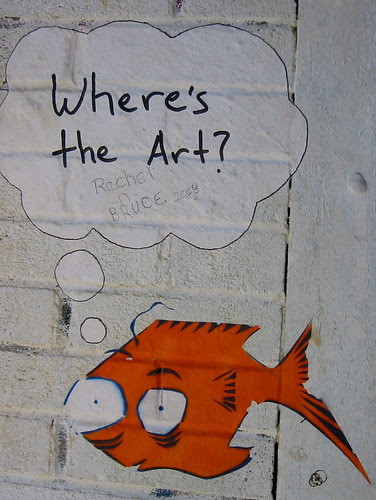 29
Capaciousness is its own form
So long’s there be snags
For a “torpid mind to
Catch at” (Marianne Moore). So
The eddy of watery particulars
Needn’t avoid the piling that
Holds up the pier one,
Uh, peers down off of,
Looking for nothing in particular.
“Cleansed clean of lousy Byzantium”—there’s that sure brute efficacy of the American will, the one that demands NO MORE THAN MORE and damn the consequences, forgetting how la nature a besoin d’un long travail if it’s to avoid going belly up like the nineteenth century and its maîtres penseurs. Here it’s an alms-mimicking hand of peanuts and back to work, Jack. “Fiduciary Tribe Jones (I Got Them Old)” on the box. Somewhere between Reddy Kilowatt and the era of the ubiquitous “cell” (not talking Al-Qaeda) we mortgaged what we had for a sack of diminishing dough. Monday’s always a manhandler, just like the data-rich American moon. I sport my rowdy collar with rhetorical emphasis. I like to mimic the unstable scenarios of the day, just another filmic idiot in the systolic noise of the system clamping down on itself. Or, stretch’d out like a visor’d sepulchral knight, the dog sleeping at my feet, (I like to) stew in a grandiose funk, making sentences. Think of Flaubert in a “marinade” between bouts of bellowing out phrases impeccable and inutile. Think of Harry Partch recalling a public shaming he’d got as a kid for drawing a horse with a “long and portentous” sex, a piece of work “vigorously rubbed out” by a teacher, and Partch saying “Wherever you are, woman, long-deferred nuts to you!” I write down “Snatch light,” a kind of memo to work up a sentence about a man who’d the tiniest black tuft of a dog he call’d Snatch. The “light” is a mystery to me. Some days later (today) I recall it: a woman with an equally tiny dog with a bicycle light clipped to its collar. In the taller grasses it look’d as if she walk’d light on a leash.

Finish’d the Barthes. Finish’d Rorem’s Paris Diary. Did a lot of driving, reducing the day’s utility to a percentage of itself, the brainpan sprain’d by repeat and “mere” scenery. Rorem says: “My best works have burst from me like a lonely infection that finally splits the skin. Pieces I have slaved over have always been artificial failures.” (Something “everybody” says, or every Romantic expressivist. Though not quite so hygienically. Is it so? Or is its truth con-sensual, a conning of the senses? The acrid sweat of overwork clinging to the other kind of piece driving one off?)

Something skeptical in the air. I review the jotted Rorem anecdotes, the quotables and all, look a little pointless: a drunk in Trieste “who mistook his wife’s canary for a lemon and put it in the squeezer.” Or, of Rorem’s ancestry:

Rørhjem was our original name. In Norwegian it means “mixed home,” but was shortened, as they all were, by immigration authorities—oh, a hundred years ago. Rorem in Latin means “dew.” Et rorem misericordiae tuae perennem infundas (and shed upon them the dew of your mercy).

Rorem saying (like Ammons’s suggesting that a writer ought keep himself “a little stupid”): “To a creator, knowledge is unnecessary, sometimes even harmful.” (I know nothing about Rorem’s music. I read the diaries for the gossip (slight), and out of a fine mesmerism with Rorem’s bluntness: he is a character who fascinates, self-bundled. And, reluctantly, latterly, for the writing itself—is it, too, a “(cruel) manipulating”? It flies, though. Here’s Rorem against the phenomenon of Pierre Boulez (c. 1954, when the twelve-tone system is a-loose like a wild cat, seriality with its destruction of anything beyond the present moment de rigueur, sentiment and emotion suspect, and all that rather anathema to Rorem):

Boulez has hypnotized Europe à la Hitler: even those who’ve never met him fear his charm. The force of a dictator (as of a saint) lies in the absence of personal libido; not caring, he can focus equally on everyone. Such a one in power is rare. So if Boulez (like McCarthy) were assassinated, a vanishing chaos would result, fertilizing the road of a genius whose ideas might be in absolute reverse. I can only say what I know, compose what I feel. Like everyone born in the twenties I have just discovered that today is yesterday’s tomorrow and the velocity of living has quadrupled, hurling us—as invisible as cold cream—toward a death we thought would never come. Why keep a journal? It never records anything more stimulating than that in Venice one says: “Oh, but you should see the pissotières of Toulon,” and once in Toulon you wish you were back in Venice to die like Wagner and Diaghilev and George Sand and Thomas Mann and the wings of the dove.

Flying. The perfect brashery of “invisible as cold cream.” The way Boulez comes off a perfect replica of “the-artist-with-the-solution” (Alex Ross points to the animosity Boulez reserved for fellow composers who refused to follow him “on the high modern road.” Sounds like any number of self-convinced and -righteous contemporaries in the imaginary trenches of les poésies d’Amérique du nord, hein? The Stalinists of le détroit, meaning the narrows.)

Is Rorem’s diary “pertinent” to “The Everyday”? (Everything is pertinent to the everyday.) Rorem: “A diary has impact only through the accumulation of unlimited observations (of which many are obsessive and recurring), never through the development of themes (for then it would no longer be a diary). Works of art must have a plan; beginnings and ends. A diary necessarily has no form beyond the accidental one of improvisation; hence, though it cannot be a work of art (improvisation precludes this), perhaps it can be a masterpiece.” À bas l’art, vive les chefs-d’oeuvres. Which, considering the ninny pulchritudes of the masses with sweat-shop ideas of art, one’d emblazon to one’s niggardly brow, if he cared enough to do so, and so countenance displeasure.

“The Everyday” is not a diary, it is a texture of one’s dailiness. I keep considering the possibility of allowing other formal eruptions—the long-winded couplet, the poignant-weighted stepping down line of Williams—and the immediate consensus is always no, there’s limit’d (dual) rhythm to dailiness. Then again, devouring time is capable of gulps and nibbles and finer mastications—a gamut of gustatory style, or, Roman feast-like, recurrent refreshing vomitorium purges—Time relenting its grip—re-sequencing, rehashing. Surely the everyday ought mimic the sensory regimes Time instills (is capable of instilling). (Why is this note here, and not embedded with the soldiery of “The Everyday”?) 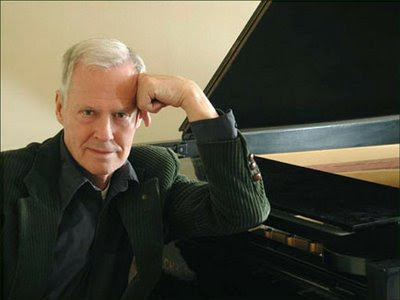