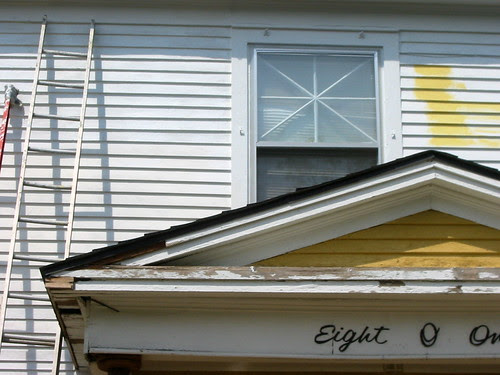 36
Against the heart-shorn clinical new, the programmatic registries of global static, one samples the cosmological indifference of the earth. Pale asters light up the field, and the asclepia pods undo to flail out the intricate dross of their regeneration. The light in the trees tilts up sharper, variegated by the pre-dehisce brown and curl ongoing in the all-green reaches. “The thousand natural clocks the earth is heir to.” A Cooper’s hawk barrels down off the telephone pole straight into the woods, cinematic and angling for a slot, a biplane’s stunt-vertical slice through a break in the cloudbank. Aural lag interrupt’d by the goldfinches “cheeping on the bounce” bounding off into the buckthorn cuts. Sun “burnisht in Glory thick” drops its bounty unbid into our paregoric sleeps, and we are minions: we call it “Man’s sobering Perplexitie when call’d to an Account.” We ape the tiniest black ant carrying a white moth wing like a banner up the mullein stalk. It marks a momentary surround, defers study of higher motive. Like a minuscule slab of schist toss’d out into the impingements of sun. Like the pale pointillist green sprawl of duckweed scumming up the pond. Like the way the water-strider dents the shiny surface, marks its malleability with a skitter, inscribing Allah’s name. Like the way one arranges the parts of oneself according to the butcher’s cuts, making comestibles of the whole cow. Like the jerky carriage of one mad, bellowing forth approximate scrannel’d rhymes.

Is it the way the weekend allows whole worlds to drift off (replaced by others—the yearling, a little gangly, lunging out behind the doe sidestepping the washboard potholes of East Delhi Road) into an unreachable vernacular—or is it the mere loss of routine: “The Everyday” plummets into confusion (apparently) in the changed rhythms of fin de la semaine torpidity. Which is just dandy: I think if I kept it too attuned to the vapidity of that other side of the Cyber Pass, it’d become a wholly desperate thing. (See Thoreau: “The mass of men lead lives of quiet desperation. What is called resignation is confirmed desperation.”) Like John Taggart says in “Unveiling / Marianne Moore” in There Are Birds (Flood Editions, 2008): “another thing / other things must be / known paid attention to known and brought together hyphenated fused” and “Surroundings answer questions.” (I, too, ’d argue that one of the most deleterious “things” (habits) according a self-same frailty and “preciosity” to les poésies norteamericanas of the late imperial U.S. centuries: the muscling up in cities, the Dullsville of cottoning to a tepid popular culture (whatever comes down the pike), the rarity of unleash’d gut curiosity.)

Found myself ripping through the recently republish’d Lawrence Durrell novel, Panic Spring (ELS Editions, 2008). Publish’d in 1937 under the pseudonym “Charles Norden.” I like Durrell’s half-sentimental lushness and whack attraction to deviance, particularly religious. So I dug out my batter’d copies of The Alexandria Quartet, all in individual Faber and Faber editions bought (according to the inky purple stamp inside Justine) at the American Book and News Agency in Athens, 1974. Fifty-six drachmas, if I recall rightly, a little under two dollars. Setting off a train of hurry’d thinking. How the “Workpoints” that Durrell includes at the end of the book—notational jottings, character field marks (“character-squeezes” in Durrell’s lingo)—kin to the tiny sketches one finds in F. Scott Fitzgerald’s The Crack-Up, pertinent lines out of Cavafy, one- or two-line anecdotes—how all that temper’d my “poetics.” Impressionistic flurries (furies). I associate it with a love (particularly in painting) of the half-completed, the left off in the middle: Jacques-Louis David’s unfinish’d portrait of Napoleon, much of Cézanne, Cy Twombly. Durrell (a sample):

Da Capo: ‘To bake in sensuality like an apple in its jacket.’

Pursewarden on the ‘n-dimensional novel’ trilogy: ‘The narrative momentum forward is counter-sprung by references backwards in time, giving the impression of a book which is not travelling from a to b but standing above time and turning slowly on its own axis to comprehend the whole pattern. Things do not all lead forward to other things: some lead backwards to things which have passed. A marriage of past and present with the flying multiplicity of the future racing towards one. Anyway, that was my idea.’ . . .

A basket of quail burst open in the bazaar. They did not try to escape but spread out slowly like spilt honey. Easily recaptured.

The other reminder: the only thing I ever read by Freud that made me think I ought to read Freud (serving as epigraph to Durrell’s Justine): “I am accustoming myself to the idea of regarding every sexual act as a process in which four person are involved. We shall have a lot to discuss about that.” (S. Freud: Letters)

The sense (reading Durrell) that words (some words) are a vestigial part of oneself. That palpable. “Gunmetal and lemon” in scaly lozenges shifting in the water. It’s precisely what I find Kafka, too, talking about—the notes merge interchangeably:

I have been reading about Dickens. Is it so difficult and can an outsider understand that you experience a story within yourself from its beginning, from the distant point up to the approaching locomotives of steel, coal and steam, and you don’t abandon it even now, but want to be pursued by it and have time for it therefore are pursued by it and of your own volition run before it wherever it may thrust and wherever you may lure it.

I can’t understand it and can’t believe it. I live only here and there in a small word in whose vowel (“thrust” above, for instance) I lose my useless head for a moment. The first and last letters are the beginning and end of my fishlike emotion.

So that (Durrell’s Justine ends with “So that” and a blank page, nodding—it strikes me—to the end of Pound’s “Canto I”): I mutter through the morning routine wholly caught up in Greece, the magnificent blue and yellow birds the size of mourning doves I saw walking aimlessly south along a rock-strewn road south of the Mykonos port, looking for a somewhat shelter’d place to sleep. (Not finding one, unroll’d my sleeping bag in the open—skimming a found copy of Crawdaddy (or Creem?) in the gloaming. A Greek man stopped by to say no fire (I think, in memory I see nothing around to burn, all scree and coarse tufts of weed). A day or so later finding the community in the caves around Paradise Beach (the other side of the island): the police boat coming around the bluff that shelter’d it, a policy of tolerance coupled with systematic harassment. 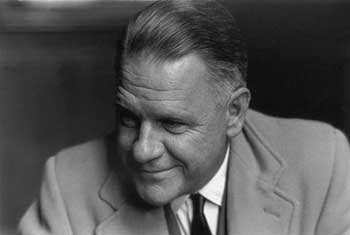