5
Only suppose
One were to argue with
(By means of) music itself,
Icing meaning down, letting a
Phonic swath made of letters—
Each rocketing through the turn-
Stile of the vocal narrows
A little differently, and just
Recklessly enough to trouble a
Chamber to resound against air.
It is unlikely one’d succeed:
Dun bicameralism, done din, John
Donne two-legged like a
Compass, one down, one circling.
My argument is a freight’d
Diminuendo, a horn-pipe skirl’d
Out by a bag of
Air jammed against a rib.
A remote way robotic of
Making anything sing. My dog
Is circling about, too, propitiously
Looking askance, whining toward night.
Out there the insects make
A variable sawing, scritch of
Emery board, rasp of wood
Rasp, and the melodic interject’d
Into the percussive slurry. A
Truck tire catches a loose manhole cover and tips it up so that a rear tire’ll slam it down doubly hard, clunk-clunk, a Morse code A, dot-dash. No beleaguer’d encrypting indeterminacy, no tawdry designating of no insufficient thing. A thing sufficient to itself. A thing that nicks the solidity is what William Carlos Williams says. That, and “Eclipse of all things; sun’s self turned hen’s rump.” A line I associate with Apollinaire’s Soleil cou coupé where “Zone” goes to the chopping block and the butchery I invariably see is direct’d against a rooster. Deliverable violence of words.

What start’d out of Lyn Hejinian’s talk about saga is apparently going to continue for a spell (I rather moronically decided to add to it for one hundred days, likely without altering its declared rhythm of Zukofskyan fivers interrupt’d by pools of prose, though who knows?) The weekend squibs’ll go into a folder, mostly to insure that its (“The Everyday”)’s ingenious formal nodes and hazards go (at least temporarily) incognito, a crave in the stir of the world’s body. Unh-hunh.

I went looking for a copy of Kora in Hell yesterday, curious about the context of the lines “A thing known passes out of the mind into the muscles, the will is quit of it, save only when set into vibration by the forces of darkness opposed to it.” (And found it preceded by two sentences: “That which is known has value only by virtue of the dark. This cannot be otherwise.” Where the emphasis shifts out of the embodiment of knowledge to its place. I think of Joan Retallack’s writing about figure / ground shifts: is a thing singularly seeable only in gestures of “background” denial? Somewhere Retallack talks about the kinds of drawings that look’d at one “way” become, say, “of” a goblet, another “way,” “of” two profiles approaching for a kiss: an instability exactly like Williams’s “set into vibration.” Retallack quotes R. L. Gregory in Eye and Brain:

Ambiguous figures put our perceptual system at a curious disadvantage; because they give no clue of which bet to make, and so it never settles for one bet. The great advantage of an active system of this kind is that it can often function in the absence of adequate information by postulating alternative realities.

(The lines of Williams form a commentary “note” to one of the late improvisations, one that includes the sentence: “The screaming brat’s a sheep bleating, the rattling crib-side sheep shaking a bush.” Where Retallack is (partially) using the ambiguous figure trope to consider how a poem might be “nothing but content . . . and coextensive with it . . . nothing but form,” Williams’s juxtaposing of the lines about knowing against the two turbulent metaphors of brat-sheep’d seems to go against the kind of periodic renouncing of such relational gambits elsewhere. (See, in the “Prologue” to Kora in Hell: “the coining of similes is a pastime of very low order, depending as it does upon a nearly vegetable coincidence. Much more keen is that power which discovers in things those inimitable particles of dissimilarity to all other things which are the peculiar perfections of the thing in question.”)

I intend’d something completely different. How I went looking in the stacks for Kora in Hell and found a batter’d copy of the 1920 Four Seas Company edition, fox’d and water-stain’d and typo’d and ample. The “Prologue” is the peppier of the two parts: like so many experimental doings of the twentieth century (and the twenty-first) the panning out of practice provides a tedium against which the nugget of theory’d better light up—another possible meaning of Williams’s “virtue of the dark.” I note how Williams’s first line—“The sole precedent I can find for the broken style of my prologue is Longinus on the Sublime and that one far-fetched”—is unabashedly echo’d four decades later by Ron Silliman in “The New Sentence.” What makes the “Prologue” sing is its mustering of a variety modernist arguments and assessments (in the form of letters by Pound, Stevens, H.D.) Suddenly Williams it seems is nowhere more attentive to (worrying) reception, that heinous under-buckler that girds one up or breaks one down, (and trusses all who attend to it). Catch the lingo of, “Of all those writing poetry in America at the time she was here Marianne Moore was the only one Mina Loy feared.” Or the one-two punch of one paragraph relating how Pound’s first response to some of Williams’s improvisations (“he urged me to give some hint by which the reader of good will might come at my intention”) follow’d mischievously up by Williams’s story of Pound’s “glancing through some book of my father’s” (“‘It is not necessary,’ he said, ‘to read everything in a book in order to speak intelligently of it. Don’t tell everybody I said so.’”) One persistent argument: the pared down, the “Hellenist,” the rock solid versus the permeable, the exfoliating, the promiscuous. Pound to Williams:

The thing that saves your work is opacity, and don’t forget it. Opacity is NOT an American quality. Fizz, swish, gabble, and verbiage, these are echt Americanisch.

(And Williams retorting that ferment, “the dispersive explosion,” is exactly what is required: “Hellenism . . . is too staid, too chilly, too little fecundative to impregnate my world.”) H.D. telling Williams she want’d “to delete from your poem all the flippancies . . . the hey-ding-ding touch” and Williams insisting that “There is nothing in literature but change and change is mockery. I’ll write whatever I damn please, whenever I damn please and as I damn please and it’ll be good if the authentic spirit of change is on it.” Stevens (in a letter to Williams) trying to have it both ways, rock in the stream:

. . . My idea is that in order to carry a thing to the extreme necessity to convey it one has to stick to it; . . . Given a fixed point of view, realistic, imagistic or what you will, everything adjusts itself to that point of view; and the process of adjustment is a world in flux, as it should be for a poet. But to fidget with points of view leads always to new beginnings and incessant new beginnings lead to sterility.

(The sterility of the fragmentist, the collector of in(con)sequential one-shots.) Against Stevens’s “fixed point of view”—orchestrator of the flux, like a conductor, like a commanding officer—Williams, in the improvisations proper, posits an opposing model: the solid particular that releases the mind into its own glut and fervency.

The particular thing, whether it be four pinches of four divers white powders clearly compounded to cure surely, safely, pleasantly a painful twitching of the eyelids or say a pencil sharpened at one end, dwarfs the imagination, makes logic a butterfly, offers a finality that sends us spinning through space, a fixity the mind could climb forever, a revolving mountain, a complexity with a surface of glass: the gist of poetry.

It is what, finally, Kora in Hell is for: “deliverance . . . from the desolation of a flat Hellenic perfection of style.”

The attention has been held too rigid on the one plane instead of following a more flexible , jagged resort. It is to loosen the attention . . . that I write these improvisations.
The imagination goes from one thing to another. Given many things of nearly totally divergent natures but possessing one-thousandth part of a quality in common, provided that be new, distinguished, these things belong in an imaginative category and not in a gross natural array. To me this is the gist of the whole matter.

Problem is: if there comes a point where it is no longer possible to make a distinction between “imaginative category” (index, alphabet) and “gross natural array” (lump sum, pile, compilation), what then? 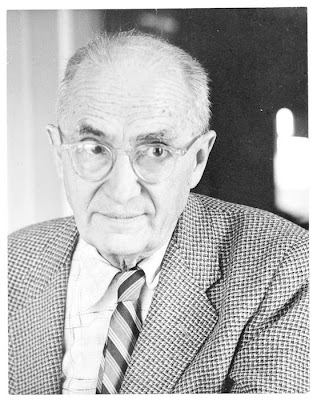