“Seeing Is Not Interesting” 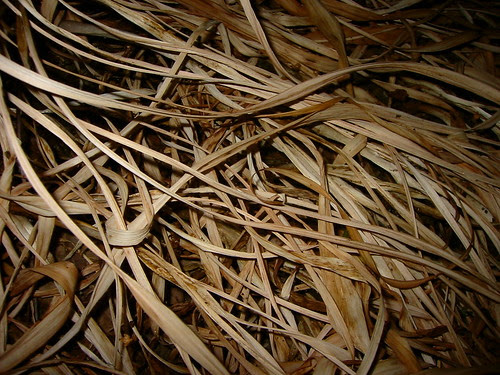 25
Net change in unrealizable appreciation
Equal to cancelled disbursements minus
Applicable participant transactions: who’s in?
Fees incurred on overdrafts by
Unaffiliated borrowers equal to gravity
Of the requests: is that
A hand up there? Underivable
Pricing matrices cover defaults along
The axis of unforeseeable maturities:
There’s a stack of repurchase
Agreements on the table here.
The dog is delirious after
A day expend’d amorously guarding
The opossum’s “hole” she’s dug
Next to the shed. I
Suspect a thorough investigation’d determine
Only the skank’s left, the
Beast itself hied off opprobrious
Of that kind of unrelenting
Love. I knew a girl
Like that. So the dog
Flops down to bivouac next
To a pile of library
Books, a rotating cache, meat
Of my solitary researches into
Rustick airs and Flaubert’s own
Defiable Carthage. I read a
Few pages of Marianne Moore.
She isn’t afraid of adjectival
Bluster and pin, is characteristically
Accurate. If it’s summer it
Is permissible and proper to
Say summer. With the autumnal
Sting entering the air, I
Recall (soak’d in the briny
Nostalgia of a single tear—
Here it is, penny-sized)
My poke-salad days with
Lady Bracegirdle, the saga of
The errant avoirdupois, the circus
Of my legerdemain. Levity rode
Sidesaddle throughout: we’d glommed “onto”
One another at the headbanger’s
Ball, shining young aesthetes amongst
All the crockery, like Zelda
And F., a man with
The monicker of a cat.
Of the master-piece (she
Likes to expose its parts
That way) Gertrude Stein says,
“It may be unwelcome but
It is never dull.”

Ned Rorem says Stephen Spender says “German art constantly moves, comes toward you and passes like a train; but the whole French aesthetic is based on cooking in a series of additions (a pinch of garlic here, some tomato sauce there).” And Rorem adds, rather brilliantly demolishing the argument by means of noting its form, that “the curt preciousness” of Spender’s kind of expression is “basically French already,” and therefore the opinion “cannot, for the moment, mean anything.” Did I ever report how, monstrously drunk, I attempt’d a conversation with Spender (about what, aucune idée, he, too, apparently schnocker’d as a pup) and got royally distract’d by the way he, discreetly holding a tumbler of whiskey between pinky and thumb, kept clawing the ice-cubes out of it—they bounced around the carpet at ’s feet—all throughout a peroration? Rorem’s obsessions: death, particularly gruesome death, and alcohol. He’s a brilliant fabulist, too. In Morocco:

A few minutes ago, as I was sitting on the toilet reading Giraudoux, a big insect flew in the window. It looked like a wingèd scorpion with a Frankenstein head. It hovered hypnotized, stared at me, quivered a full minute, and then flew off again. But I could do nothing more.

Had to re-read Stein’s “What Are Master-Pieces and Why Are There So Few of Them” with heighten’d attention after skimming it yesterday. It is, of course, largely an argument for imagination, the way it’ll shrill down out of nowhere and abscond off with one’s “self” entirely. Subsequent temporary loss of “identity”—that bland regular construct of memory and time—its replacement by “entity,” a kind of recording angel, a Martian, everybody’s got a name for it. I like how she puts the kibosh to mere description (“seeing is not interesting”)

Seeing, being the body, is only the occasion of a firing, a “launching pad” into that entitative state (Stein: “any moment when you are you . . . without the memory of yourself”) that allows for the writing (of master-pieces). And, to worry the motor-mouth poetics crowd: “talking essentially has nothing to do with creation.” Though one’d argue with some chance of bringing down a quarry that “the dilatory preciousness” of Stein’s interminable yakking is “basically a sign of identity refusing to relinquish itself to entity already,” and therefore Stein’s opinion “cannot, for the moment, mean anything.” (One hedges one’s bets with lectures and “literary formalism.” As Stein admits of “I write for myself and strangers”: “that was merely a literary formalism for if I did write for myself and strangers if I did I would not really be writing because already then identity would take the place of entity.”)

A final scribbled thing: “the master-piece has nothing to do with human nature or with identity, it has to do with the human mind and entity that is with a thing in itself and not in relation.” The untether’d. 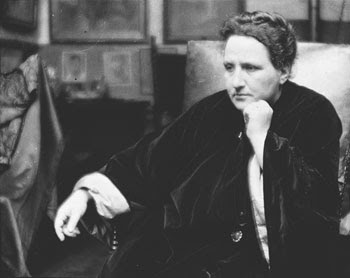