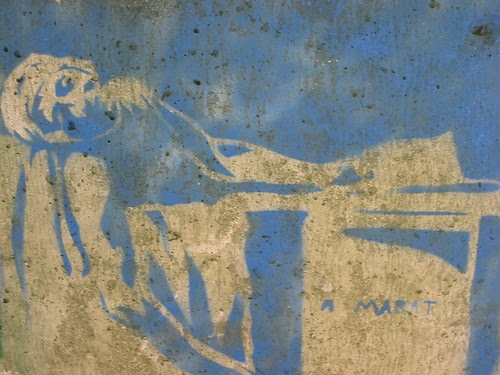 15
The everyday is a joke of piggish comport, it dallies where it lies, it bangs about with a jar covering its snout and mean little eyes. I read a few pages of Fragments d’un discours amoureux. I connive with expediency to clad the everyday in its utmost. The everyday is dogged by repetition manias, angling a hind leg up to scratch again and again at a bedraggled ear. Immediacy the default mode. Low stately murmurs of a Tartini violin sonata against the radio’s tinny vettings of a no-good drunk of a C & W man by an insanely forgiving C & W woman, a freight train blowing the hollows out of the hollow for the sequin-bedeck’d backup bunch, who offer harmony without glee. The post-millennial coffee cup leaving rings the size of a gas cap, cloudy against the dark wood, heat tracery. Nature refuses to leap. Mad sally of the morning. Too early, newly coin’d by night, caught up in its mothering. The everyday tags along inconsolable, tugging at its hem with one snot-dirty fist. In its refusal to choose, it is mimicking its own continual drift, vacillating among the objects of its making, made rapturous by its own quotidian wilderness of signs. The everyday unscriptable. Either each thing, nuance and pittance must get tick’d off in the inventory, or none of it must. The hysteria (a panic, pangs of throughoutness united, indissoluble, ungovernable) of the everyday allows for no partiality: the writing of the everyday is travelogue, petty, touristique, encumber’d by incomplete evidence.
It is as if writing,
Its nodes and knottings, its
System, is apt to collide
With that of the everyday:
A catastrophe disturbance results, a
Goad and a foundering. One
Braces oneself for a keeping,
A custody of the everyday,
Cantankerous with its limits, or
At war with its sentences.

Uh, the weekend. Seem’d to disperse itself into corners unswept, roil’d by little winds uncomplaining and ineffectual. I keep accumulating notes in my execrable scrawl, uninterpretable in the morning light. And stumbling into matter-of-fact accounts of New Sentence activity avant la lettre that’d seem to put the lie to the high-sentenced principals whose “job” it is to defend that particular minuscule acreage of turf. There is Coleridge’s report of a “young woman of four or five and twenty, who could neither read nor write . . . seized with a nervous fever.” She keeps talking “incessantly” in “pompous tones and with most distinct enunciation.” “Sheets full of her ravings were taken down from her own mouth, and were found to consist of sentences, coherent and intelligible each for itself, but with little or no connection with each other.” There is (more pertinently, or, mayhaps, impertinently, considering how the sentence-sentinels seemingly perceive “outsider” remarks pertaining to that “project” a form of meddling) Roland Barthes’s terrific talk of “How this book is constructed” in the 1978 A Lover’s Discourse: Fragments:

Throughout any love life, figures occur to the lover without any order, for on each occasion they depend on an (internal or external) accident. Confronting each of these incidents (what “befalls” him), the amorous subject draws on the reservoir (the thesaurus?) of figures, depending on the needs, the injunctions, or the pleasures of his image-repertoire.

Now: replace “love life” with “bus ride”; “figures” with “sentences”; “lover” and “amorous subject” with “writer”; “reservoir (the thesaurus?)” with “notebook (the Moleskine?),” and one’s BART-ing it with Ron Silliman circa 1978, no? Barthes continues:

No logic links the figures, determines their contiguity: the figures are non-syntagmatic, non-narrative; they are Erinyes: they stir, collide, subside, return, vanish with no more order than the flight of mosquitoes.

In linguistic terms, one might say that the figures are distributional but not integrative; they always remain on the same level: the lover speaks in bundles of sentences but does not integrate these sentences on a higher level, into a work; his is a horizontal discourse: no transcendence, no deliverance, no novel (though a great deal of the fictive). 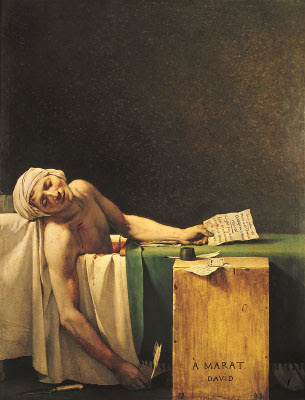