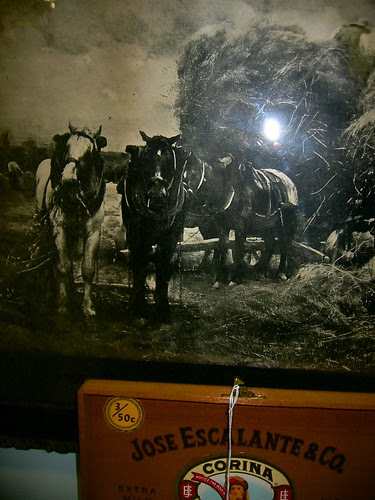 1
It’s astonishing, considering the resistance, early and continuing, to John Ashbery’s work, that he should enter the American “Pléiade”—the (mostly) terrific collection that is the Library of America—so adroitly. He is one of the few living American (U.S.) writers to attain the monumental status the series is a marker for. Of poets, only Pound, Stevens, Longfellow, Frost, Whitman, Elizabeth Bishop, and Hart Crane’ve been so belaurel’d. (One notes, still under the Library of America imprimatur, the existence of a separate stall for the poet’s horse—the American Poets Project, consisting of tinier books of “Selected Poems.” Presumably, some few of these’ll one day warrant full volumes; for now, a kind of customary Balkanization endures.)

2
“Considering the resistance.” Not uncommon up to just a few years back to record remarks by poets to the gist of, oh, Ashbery’s a fake, Ashbery’s random verbiage, Ashbery makes no sense, who even reads that stuff? (A later version of the dismissal: “Yeah, he keeps putting out books. They’re all the same.”) Part and parcel of the dumbing down of American life: that a writer would dismiss out of hand a peer, or a whole swath of peers. Some of Ashbery’s defenders guilty of similarly curt and officious refusals to look.

3
I go first to what the literature calls the “more than sixty previously uncollected poems” clump’d up at the end. “Uncollected” meaning all previously publish’d, beginning with the two 1945 poems heist’d by a Deerfield Academy roommate and print’d in the November issue of Poetry under the name of Joel Michael Symington. The volume’d be more correctly label’d Collected Poems 1945-1987. (Mulling: rumors of hundreds of unpublished poems in Ashbery’s papers. Gluttony of the reader.)

4
I used to explain to doubters what I loved about Ashbery: voice. That wry melancholia, unmenaced by change, hints of the oracular in the murmur, desire come acropper and thwart’d with rue and a half-sardonic grin. A sinuous voice, though hardly insinuating. Bemused, not particularly excitable. Sotto voce of the hilarious aside. The voice that a goodly bunch of Ashbery’s more misguided followers derided and deny’d. Without it, that human burr of particularity (what Barthes call’d the “grain”), the mimick’d apparatuses (mere disjoint “new” sentence-ry) founder.

5
Did Ashbery’s voice spring full-blown into being? How completely identifiable even the earliest poems seem! In the 1947 “Song from a Play,” first publish’d in the Harvard Advocate (1948): “Somebody sent me an amorous / Skeleton clothed in geraniums / With a card signed “Compliments of Jerry”. // What could we reply, with the green / Ripeness falling across us, and lovers / In vicious pursuit . . .” It is as if no juvenilia exist’d. (The other of whom one’d say it: A. R. Ammons.)

7
The poems of the 1953 Turandot and Other Poems (Editions of the Tibor de Nagy Gallery, 1953)—and other (later) limit’d editions not included in subsequent trade editions—happily available here amongst the “uncollected.” Thus one finds Turandot announcing in the opening scene (of a masque, of sorts): “Laughs and perfect excisions / In which the matter biteth the manner / And vast dreams, unrolling horizons, / A little punk. / The passages from Alexander Hamilton / Fall in the angry light of arcades / So decrepit of vegetation.” And the Chorus replying (in part): “Six horsemen have sliced the day / Riding into the thumbs of disgrace.” Or, later: “Dogs follow the limping man. / The stone turd is hardest. / We eat to be jovial. / Tremendous pincers follow.” Kin to the combative surreal of O’Hara’s “Easter,” or the earlier “Oranges: 12 Pastorals.” Something static about the forcedness of the experimental guise.

8
Mark Ford edited the book. Meaning, presumably, supplying the Chronology and Notes. In a “Note on the Texts,” he writes: “Ashbery does not significantly revise his poems once they are published in book form. In a few instances, he has made small emendations (usually a word substitution or a change in punctuation) when his poems have been reprinted . . . Ashbery supervised the publication of the present volume; he specified which variant readings he prefers, approved the editor’s correction of a few unambiguous typographical errors, and advised about stanza breaks where it is not clear from the original printings where a page break is also a stanza break.” It is noted, too, that Ashbery himself selected “the 65 other poems that he has chosen to include”—the “uncollected” batch.

9
The “Chronology.” Is it oddly humorous to read, under “1933,” “Sees first film, The Three Little Pigs, with maternal grandmother (as later described in his poem “The Lonesdale Operator”), sparking lifelong interest in movies (which influences his writing and is cultivated particularly with classmate Bob Hunter at Harvard, Elliott Stein in Paris, Richard Roud in Europe and New York, and eventually with filmmaker Guy Maddin),” and then to turn to “The Lonesdale Operator” and read “The first movie I ever saw was the Walt Disney cartoon The Three Little Pigs. My grandmother took me to it . . .”? Maybe. Is the spouting of moviegoers odd? Rather, though not so odd as the “1990” note: “Is appointed Charles P. Stevenson, Jr., Professor of Languages and Literature at Bard College; students will include David Gruber, Arlo Haskell, Khalil Huffman, and Stuart Krimko.” Hunh? One remarkable tidbit out of the “Chronology”: in 1961, whilst in Paris: “Is asked by John Hollander, an editor of the poetry list at Wesleyan University Press, if he has a second collection ready; sends off the manuscript of The Tennis Court Oath.” How scrawny and narrow the present seems in that light.

10
Happily, The Vermont Notebook is accompany’d by the Joe Brainard ink drawings of the original, though screen’d to a medium gray and sized down by a third or so. No doubt exigencies of the thin paper the Library of America volumes use.

11
The “Notes.” A glimpse and scan spells “workmanlike” and tending toward excess. Is “Civilization and Its Discontents] Title of book (1930) by Sigmund Freud” needed? Maybe. Though I do enjoy the Pascal pointer to Ashbery’s fine (and lengthy) sentence in “The System”—

Not an atom but did no feel obscurely compelled to set out in search of a mate; not a living creature, no insect or rodent, that didn’t feel the obscure twitching of dormant love, that didn’t ache to join in the universal turmoil and hullabaloo that fell over the earth, roiling the clear waters of the reflective intellect, getting it into all kinds of messes that could have been avoided if only, as Pascal says, we had the sense to stay in our room, but the individual will condemns this notion and sallies forth full of ardor and hubris, bent on self-discovery in the guise of an attractive partner who is the heaven-sent one, the convex one with whom he has had the urge to mate all these seasons without realizing it.

Where it is noted: “as Pascal says . . . room] Blaise Pascal, Pensées, II, 139: ‘All men’s miseries come from not being able to sit in a quiet room alone.’” (Though suddenly “the convex one” in Ashbery’s sentence provokes a more singular frisson of thinking.)

22
Ned Rorem says that John
Ashbery says that happiness in
Paris destroys one’s capacity for
Happiness anywhere in the world,
Even Paris. I am happy
It is raining, I like
The grave countenance it purveys,
The air all puffy like
A dirigible, the humidity slacking
Everything, clothesline droop’d and behung
With globular drops, the plummeting
Sharp ping into the oil
Catch-pan left out under
The neighbor’s car that drove
Off earlier and so exposed
It. I like the way
Boundaries, drench’d, unclench and hie
Off, aping the lingual stew
Of nation-making gone horribly
Awry. Ned Rorem (The Paris
Diary) writes: “Now I must
Go down to lunch.” And
A few lines later: “Lunch
Is over and I am
No smarter.” An allegory for
The way the everyday fizzles
Into social cant, off kilter
And insincere, invariable redundancies of
Rain hitting the porch. A
Chipmunk’s customary nook (hickory nut
Leavings) gets flood’d, I see
The wee beast scoot along
The fence, tail straight up
Like a dipper handle. I
Like the raillery of rain,
How it squalls out of
Nowhere with curt impudent bombshell
Jostle and bounce, blonde and
Sequin’d, or trails off inconsolable,
Muttering at its skirts. It’s
A question of noises off,
The clarinetist with the split
Reed hawking up a screech
In a Chekhov play. And
If it stops, a lack
Fat like a cigar!
And
Rorem longing “To sink so
Low that only rising is
Conceivable—and then to sink
Lower!” Ordinary and predictable the
Reveries of the post-insaisissable
Young’un, out to paint
The town red. The (lengthier)
Modes of semantic ends subside
And depicting is the lot,
A way “at” the insatiable
Penetralia, though rarely “of” it.
Dim lands, &c. A bonus
Is the season, its dips
And spikes, variability itself authoring
A kind of brute industry
Of alarm, a makeshift response
System seemingly put into place
By forces larger than oneself,
To whom one can only
Say (repeatedly), Look at that! 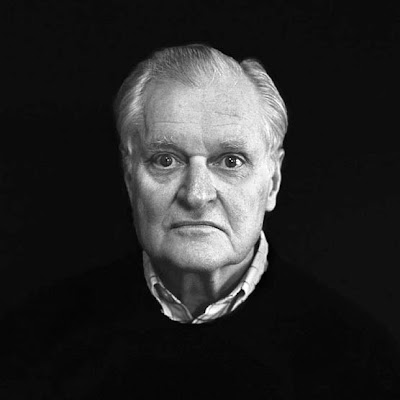