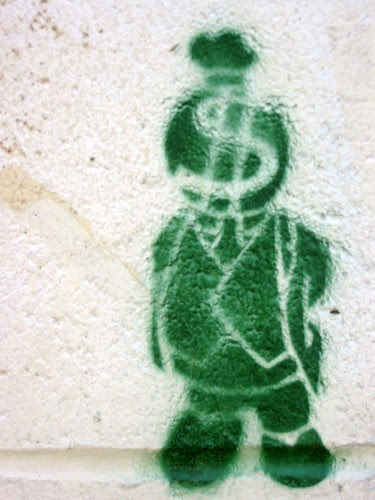 Still trying to mop up Against the Day leavings. What adumbrates the neural coagulate, still sending its runners off, fetchingly, here and there. Funny to go agog in wonderment and distress at a series of mal-escrit’d page numbers on a tiny slip of paper. My left hand—that “signifying monstrance,” lysergically so-named circa 1978 (another story, and isn’t it terrific to see that nana Saginavienne talking about the MC5, to remember the sweet summer of being fifteen and vamoosing out to Gallup Park to testify and seeing, too, The Up, four of the lankiest amphetamine’d-up soldiers in the long-hair’d youth army, house rockers for John Sinclair’s White Panthers doing “Just Like an Aborigine,” ah, punk born in Detroit . . .)—my left hand, je répète, scribbled out illegibles, its post-stroke wont to go haywire in its only redoubtable activity, so’s to leave me with a page number, an inscrutable series of “letters,” and a page . . .

One question: ten pages or so before the end Pynchon tells us “Reef, Stray, and Ljubica returned to the U.S. pretending to be Italian immigrants.” (Additionally, “At Ellis Island, Reef, thinking both his English and Italian could get him in trouble whichever he spoke, remained indecisively mute long enough to have a large letter I, for Idiot , chalked on his back.” And thinks, following the sponging off of the I, thus preventing possible deportation, by one identify’d as “The Obliterator”—“some crypto-Anarchist who’d drifted into government work”: “Not that Idiocy couldn’t have been a useful cover, or was even that far wrong.” Grace notes of a Slow Learner.)

A paragraph or so later: “They headed west.” (Meaning Reef, Stray, and Ljubica.) With Pynchon (in Reef-voice) announcing the long-standard American “faith in the westward vector, in finding someplace, some deep penultimate town the capitalist / Christer gridwork hadn’t got to quite . . .” Then: “In a train depot up in Montana during a snowstorm one day, who’d they happen to run into but Frank, Stray, and Jesse, who had the same thing in mind.” Wha? Stray runs into Stray? I am not a reader who attends to character too fraughtly—I mean, I’ll identify with anybody. Howsoever, even in a novel of doubles, they’s a limit. I think Yashmeen is meant in the initial instance (a few paragraphs later, it is noted that she “is beginning to lose the edges of her all-purpose European accent”). E-e-et puis: just about where one’s scratching one’s ass—it’s a long sit-through, the book—and troubling whether Pynchon made a mistake or not, on the next to last page he’s got Darby Suckling and the Chums of Chance soaring off so effortlessly “it is no longer a matter of gravity—it is an acceptance of sky.” Pynchon:

The contracts which the crew have been signing lately, under Darby’s grim obsessiveness, grow longer and longer, eventually overflowing the edges of the main table in the mess decks, and occasionally they find themselves engaged to journey very far afield indeed. They return to Earth—unless it is to Counter-Earth—with a form of mnemonic frostbite, retaining only awed impressions of a ship exceeding the usual three dimensions, docking, each time precariously, at a series of remote stations high in unmeasured outer space, which together form a road to a destination . . .

Isn’t that all rather pointedly metaphorickal or something for the novel itself, a joke to admit the slip-up? (“I’ll keep writing to the point I lose track of my characters,” a sort of version of, say, Flann O’Brien’s At Swim-Two-Birds back-talking, skittish, go-our-own-way-you-can’t-stop-us characters.)

One final note. Toward the end, when Lew Basnight is in Los Angeles doing private eye work (and Pynchon is styling some hard-boil’d detective fictioneering à la Chandler), there’s another counter-cultural gathering:

It was a gathering impossible at first to read, even for an old L.A. hand like Lew—society ladies in flapper-rejected outfits from Hamburger’s basement, real flappers in extras’ costumes—Hebrew headdresses, belly-dancing outfits, bare feet and sandals—in from shooting some biblical extravaganza, sugar daddies tattered and unshaven as street beggars, freeloaders in bespoke suits and sunglasses though the sun had set, Negroes and Filipinos, Mexicans and hillbillies, faces Lew recognized from mug shots, faces that might also have recognized him from tickets long cold he didn’t want to be reminded of, and here they were eating enchiladas and hot dogs, drinking orange juice and tequila, smoking cork-tip cigarettes, screaming in each others’ faces, displaying scars and tattoos, recalling aloud felonies imagined or planned but seldom committed, cursing Republicans, cursing police federal state and local, cursing the larger corporate trusts, and Lew slowly began to get a handle, for weren’t these just he folks that once long ago he’d spent his life chasing, them and their cousins city and country? through brush and up creekbeds and down frozen slaughterhouse alleyways caked with the fat and blood of generations of cattle, worn out his shoes pair after pair until finally seeing the great point, and recognizing in the same instant the ongoing crime that had been his own life—and for achieving this self-clarity, at that time and place a mortal sin, got himself just as unambiguously dynamited.
He gradually understood that what everybody here had in common was having survived some cataclysm none of them spoke about directly—a bombing, a massacre perhaps at the behest of the U. S. government. . . . “No it wasn’t Haymarket.”
“It wasn’t Ludlow. It wasn’t the Palmer raids.”
“It was and it wasn’t.” General merriment.

And in the gathering one “ancient wise-man personage” named Virgil says, “Sometimes . . . I like to lose myself in reveries of when the land was free, before it got hijacked by capitalist Christer Republicans for their long-term evil purposes. . . .”

Yesterday, in the Michigan Daily announcement of a lecture by “A group of scholars who argue that the World Trade Center towers were destroyed by a controlled demolition—not by passenger jets piloted by terrorists. . .” And: “Ann Arbor 9/11 Truth, a recently formed group of Ann Arbor residents who dispute the government's version of what happened on Sept. 11, 2001, hope to persuade people that the government is lying.” And:

Ann Arbor 9/11 Truth has joined forces with Scholars for 9/11 Truth, a society of more than 300 scholars and students dedicated to using scientific and pragmatic means to determine what “actually happened” on Sept. 11.
The groups describe the attacks as an “inside job,” perpetrated by the government. 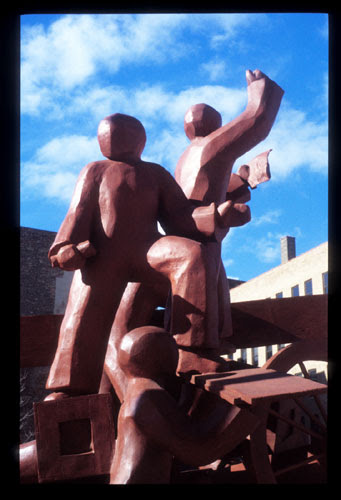 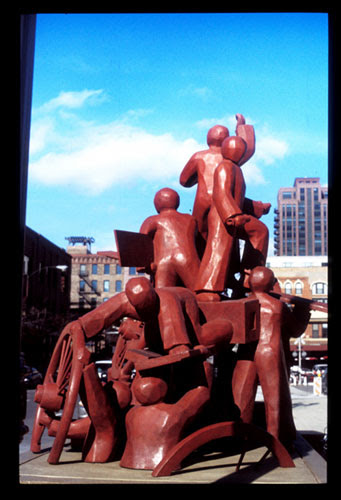