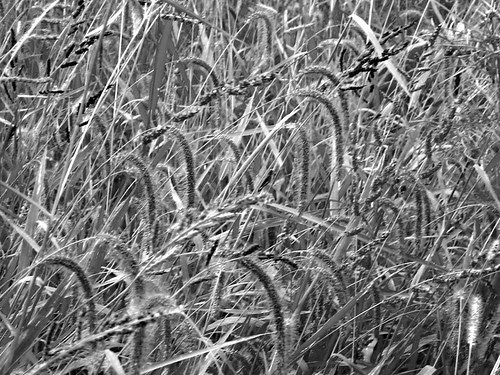 W. W. Norton, in continuing commitment to the work of A. R. Ammons, recently re-released Ammons’s first book, Ommateum, with Doxology. Wherein is quoted—in the “Preface” by Roger Gilbert, Ammons’s biographer—a snippet of a 1989 interview where Ammons, apparently examining the prevalence of wind imagery (“So I said I am Ezra / and the wind whipped my throat / gaming for the sounds of my voice”), recalls:

It was when my little brother, who was two and half years younger than I, died at eighteen months. My mother some days later found his footprint in the yard and tried to build something over it to keep the wind from blowing it away. That’s the most powerful image I’ve ever known.

Gilbert makes the point that Ommateum, printed in 1955 for Ammons by the Philadelphia vanity press Dorrance & Company, “may well be the most important self-published book of American poetry since Walt Whitman brought out the first edition of Leaves of Grass exactly one hundred years earlier.”

One measure of the difference between the milieu of American poetry fifty years ago and now: though Gilbert notes that “Ommateum came and went with barely a ripple”—of the one hundred copies that got bound, apparently most ended up being presented as gifts to various “customers and business associates in South America” by Ammons’s father-in-law—nevertheless, Poetry did a short review of the book, pointing out that Ammons’s poetry “dos not exactly seem to want to be listened to,” and singling out “With Ropes of Hemp” as somewhat successfully rivaling “the treacherous model of Whitman’s style.” In the 1989 interview, Ammons agreed:

The Ommateum poems are sometimes very rigid and ritualistic, formal and off putting, but very strong. The review I got said, these poems don’t care whether they are listened to or not. Which is exactly true. I had no idea there was such a thing as an audience; didn’t care if there was. I was involved in the poem that was taking place in my head and on the page and that was all I cared about. . . . an audience meant nothing to me. Someone else said that I was a poet who had not yet renounced his early poems. I never intend to renounce those poems.

Which seems exactly right, and the temporary potentate’s “authority” of the “social” be damned.

Here’s the untitled number’d section (13) of Ommateum the review points out:

Beyond Whitman’s live oak (“its look, rude, unbending, lusty. . .” ), I think of traditional folk (“I leaned my back against an oak, / Knowing it was a trusty tree . . .”). There’s something rather recklessly untutor’d here though—“wild unusual dawn,” “dissentient ghosts,” “standing saying oaksongs”—verbal encroachments that point to no precise precedent, proceeding nevertheless with near-wanton surety. Frankly, hitting something like the following tiny stanza in “Doxology,” I am agog, in awe:

An unconstrained fluidity prevails, abides;
whole notes are rocks
and men thirty-second’s,
all in descending scales,
unvigiled bastardies of noise:
the motion of permanence.

And, for the agreeableness of noting it, Ammons’s own lines in a letter dated 22 August 1954 to Josephine Miles, to whom he dedicated the book, about the title:

I have finally found I believe the perfect title for it: Ommateum, the complex eye of the insect with its manifold facets, each perceiving a single ray of light but in toto calling up the outlines of the object. Each poem is of course a facet of the great moving image of truth. As the image of the ocean’s floor gradually appears from stippled soundings.