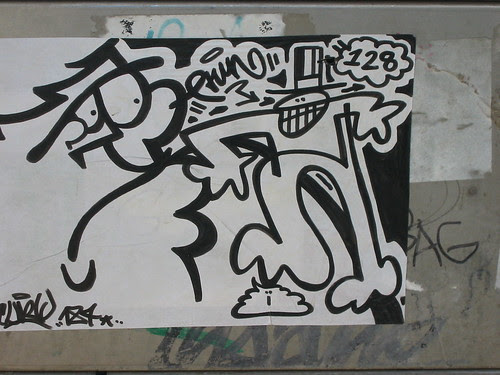 Sunday slipping astern in the spyboat, me diddling the knurls of the focal knobs, in a grump. A weekend of quotidian soot and errand, cumulus of blacking one’s hands in the rube-rowdy agora. I toss up books and archives, all of it seeming in manner’d ascendancy towards hardly more than chump vers de société, ready only for the plump knowing chortles and snorts of the off-site set. Community depends on yea-sayers and henchmen for its merest gargle and pee, and, Sunday slipping astern, I’m nay-saying through and through.

Community is a canard, a way of ducking debate, the way the emergent academic majority (I mean, the blog-local rep of the Lang po’boys) ’s most routinely and imperially duck’d debate. Big silent potato. The sycophants slip in they hoo’s and ha’s, the eagerly-seen-agreeables, a monstrous race, consistency of cotton-candy. The swindlers lard the obsequious, the obsequious smarm the toadies, and the toadies hubba and youtube. Kallimachos (translated by Dudley Fitts):

I despise yr interminable novels-in-verse
Yr well traveled highways please me not
I abominate yr ubiquitous back-slappers
I will not drink from the common spring
&
I abhor anything popular.

Mmmfph, I reply, in the short version. Or, that particular verdigris’d metal off my tuberculoidal chest, I find solace in The Letters of James Schuyler to Frank O’Hara, edited by William Corbett (Turtle Point Press, 2006):

What props’t, thou ask’st, in these sad times my heart? The shelf of the vanity table on which I keep it stoppered; though it’s not a very well fitting stopper, since it hasn’t prevented most of the scent from evaporating. It left a gluey residuum in the bottom of the phial, which rather makes a comment on the label: “Joy, the World’s Costliest Perfume.” My heart is also like: last October’s apple; a flowering branch on which the tent caterpillars are at dinner; an empty Three Bromides tube; a Hardoy chair with a shoe in it; a punctured tennis ball; a pocket with 12 cents in it outside the furthest subway stop; Baby Katherine’s diapers; the overture to Lallah Roohk; a kitchen match without a tip; half a pair of scissors; eight women with one Between the Acts Cigar; a movie review in Cue; the unwritten pages from Death’s Jest Book; a garbage disposal unit logged with cellophane; a self-threading needle . . .

Scrumptious, that. And isn’t phial an excellent word? And dasn’t “we” (monstrously big with community now, having resuscitated another dead man for a chum, or two, even—and when’ll we see the O’Hara letters? the days of caring “if anybody gets it, or gets what it means, or if it improves them”—vanish’d. “There’s nothing metaphysical about it.”) Note, too, that ambivalent Schuylerism “the only way to see Manhattan’s foot is as it grows small and fades and turns into the tiniest idea.”

One last niggardly maxim to reiterate (in the present wave of community-mongering): a “scene” is not a “community.” Scene is a momentary toy reification of the gathering members’s entangled hierarchickal imaginaries. Collective disarray and battiness. Everybody stacking the chairs differently in they heads. Or “on” they heads. Unh hunh, it is. That is why one guy’ll go on interminably, bigheadedly, convinced of the rightness of ’s hen-pecking malodorous version, and another’ll read one, say, quarter of ’s minute allotment, thinking he’s big enough to’ve corner’d the market on beneficence. ’S got no more to do with community ’n a tomato worm’s got to do with Heinz’s 57 varieties. What community consists of: the way the word-strain is stain’d, mark’d incontrovertibly with trace meanings of those who’ve used it—how ineluctably I say “word-strain” because O’Hara (in “My Heart”) writes (writes!): “I’m not going to cry all the time / nor shall I laugh all the time, / I don’t prefer one ‘strain’ to another.” And Ron Silliman’s jingoistic “poetry is a community”? what’ll we make of that? (First, we’ll make fun of it—how dramatically inert and grammatically questionable it is, and Silliman a marketeer!) Next, we’ll point out how farcical and inapt it is in the mouth of one who tactically militates (“post-avant” or no) for the exclusion of an enormous slice of that communal pie, and tacitly, regally, ignores any disagreement, murmurous or shrill. Pettiness always wears the guise of bonhomie.

Monday morning comes in scot-free with a little wet blizzard. Sturm und drang skiddiness à la bicyclette. We, perishable, go through the language, and it through us. It wears us out, or down to a nub. We wear it out, “on our sleeves.” 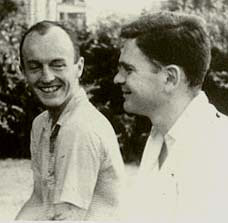