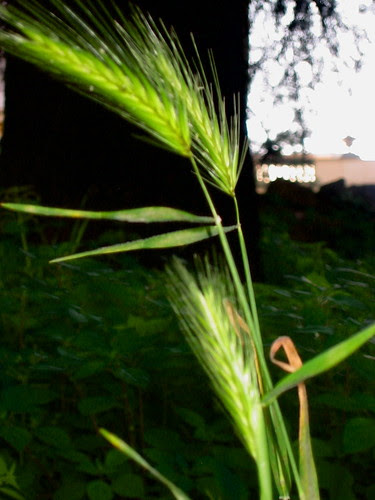 The damnable paradox of the ever increasing, ever more esprit-sapping loss of leisure is: there’re no leisure minutes left during which one might address the issue, say nothing about redress. So, in Against the Day, intimates Thomas Pynchon, with ’s unparalleled way of pushing the present directly up out of the historically fictive past, making it a necessary impertinence to the story. Somewhat before the outbreak of the “Great War,” Reef Traverse and Yashmeen Halfcourt find themselves in Sofia, Bulgaria (on its grand Boulevard Knyaginya Mariya Luiza, result of a Haussmannization of “winding alleyways, mosques, and hovels” following the forced removal of the Turks, “full of stray dogs and serious drinkers in different stages of alcohol poisoning” and “kind of like Omaha”). They are (presumably) aiding one Professor Sleepcoat, who’s recording Balkan folk songs:

For a few stotinki, one could also find a child eager to turn the crank that ran the recording device by way of reduction gears and a flywheel that smoothed out variations in pitch. “Like pumping the bellows of a church organ back in the last century,” it seemed to Professor Sleepcoat. “Without all those anonymous urchins we wouldn’t have had Bach.” Which got him a look from Yashmeen, who in other circs might’ve inquired sweetly how much of Western culture throughout history did he think might actually have depended on that sort of shamefully underpaid labor. But it was not a discussion anybody had the leisure to get into any longer.

Think about a concerted international demand for, say, a shorter work week, or wages commensurate with living requirements. (Think about how even thirty years back one—single—’d get by working twenty hours a week, “gainfully employ . . . with a humanitaria payin me twenty dollar a week” as John Kennedy O’Toole put it, and be consider’d “a member of the community,” that is, be able to do other things. Ithaca House operated under such circs for any number of years.)

Danilo Ashkil, “descended from Sephardic Jews who had fled the Spanish Inquisition three and a half centuries earlier, eventually settling in Salonica,” grows up “by the waterfront hanging around with ‘dervishes,’ gamblers, and hasheesh smokers, getting into the usual trouble,” gets sent to “a Bosniak branch of the family” in Sarajevo with its “confusion of tongues” and enters Pynchon’s novel with a mastery of “Italian, Turkish, Bulgarian, Greek, Armenian, Arabic, Serbo-Croatian, and Romany as well as the peculiar Jewish Spanish known as Judezmo.” (Against the Day likely outdoes Pound’s Cantos for variety of (“szum kind ov a furriner”) lingual tidbits.) Danilo A. delivers a discourse on “history—Time’s pathology” to Englishman Cyprian Latewood, in whom he notes “a defective sense of history, common among field operatives, given their need to be immersed in the moment”:

“I know it is difficult for an Englishman, but try for a moment to imagine that, except in the most limited and trivial ways, history does not take place north of the forty-fifth parallel. What North Europe thinks of as its history is actually quite provincial and of limited interest. Different sorts of Christian killing each other, and that’s about it. The Northern powers are more like administrators, who manipulate other people’s history but produce none of their own. They are the stock-jobbers of history, lives are their units of exchange. Lives as they are lived, deaths as they are died, all that is made of flesh, blood, semen, bone, fire, pain, shit, madness, intoxication, visions, everything that has been passing down here forever, is real history.

“Now imagine a history referred not to London, Paris, Berlin, or St. Petersburg but to Constantinople. The war between Turkey and Russia becomes the crucial war of the nineteenth century. It produces the Treaty of Berlin, which leads to the present crisis and who knows what deeper tragedies awaiting us . . .”

Treaty of Berlin, 1878: one of a flurry of treaties (London, 1832, 1863, 1864, Constantinople, 1881) whereby the Ottoman Empire gets disassembled and Turkey partition’d and (Paris 1856, London,1871, 1885) the “title deeds” of the Balkan states (Montenegro, Serbia, Rumania, Bulgaria) get settled and the navigation of the Danube policed. The work of “Europe” and its manifest contempt for the East.

(I am nigh certain that Pynchon’s talk of the forty-fifth parallel is what propels me into the lines. Growing up, pre-scuffling years, in Gaylord, Michigan, exactly astraddle that point, halfway between the equator and the north pole. One learn’d early to trace its trajectory east—Halifax, Nova Scotia; Lyon, France; Belgrade, Yugoslavia—across the Black Sea and into the mountainous Caucasus. Nearly all of Japan lies south of 45º N.)

Sneaking suspicion that it is Anarchy (loosely defined or not) that is the target in any “general war among nations”—certainly plausible when considering worldwide movements prior to WWI and WWII. As Reginald “Ratty” McHugh (shortly after a round of Anarchists’ Golf—“in which there was no fixed sequence—in fact, no fixed number—of holes, with distances flexible as well, some holes being only putter-distance apart, others uncounted hundreds of yards and requiring a map and compass to locate”) explains to Yashmeen:

“Anarchists would be the biggest losers . . . Industrial corporations, armies, navies, governments, all would go on as before, if not more powerful. But in a general war among nations, every small victory Anarchism has struggled to win so far would simply turn to dust. Today even the dimmest of capitalist can see that the centralized nation-state, so promising an idea a generation ago, has lost all credibility with the population. Anarchism now is the idea that has seized hearts everywhere, some form of it will come to envelop every centrally governed society . . . If a nation wants to preserve itself, what other steps can it take, but mobilize and go to war? Central governments were never designed for peace. Their structure is line and staff, the same as an army. The national idea depends on war. A general European war, with ever striking worker a traitor, flags threatened, the sacred soils of homelands defiled, would be just the ticket to wipe Anarchism off the political map. The national idea would be reborn. One trembles at the pestilent forms that would rise up afterward, from the swamp of the ruined Europe.”

That relentless fist squeezing the reckless fraught past to make the dire present spout out the interstices . . .