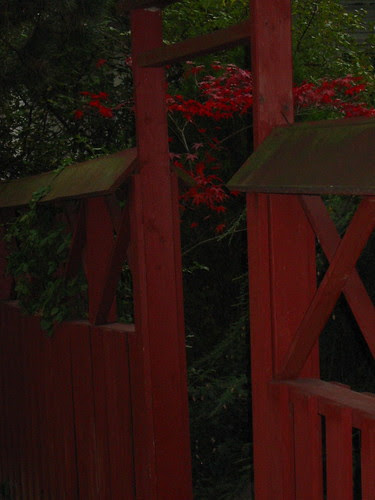 Here are two contiguous parts of a Robert Kelly poem titled “The Slates of La Borne.” Writings out of Kelly’s newest book, May Day, printed (impeccably, with sturdy matte plum-color’d covers and a fine photograph of Kelly insert’d for the final leaf—the design recalls early Black Sparrow books) by Parsifal Editions in 2006. (Parsifal Editions is the “book wing” of the newish and terrific Modern Review, edited by Pietro Aman and Simone dos Anjos in Richmond Hill, Ontario, in Canada.) Kelly:

How far will numbers take him. He’s always asking with his hands lifting and lifting. What time is it or what’s the temperature tell me in Fahrenheit. So many w-words or as the Romans would say so many q’s. Numbers are never a road. Numbers are never anywhere.

Never anywhere to begin with so where could they go? Numbers have no somewhere else. That is why people weigh things, to learn the numbers of the hereness of each thing.

Numbers are never somewhere else, numbers have no else.

Numbers are more like a mustache. A mustache itself is like a dog on the lawn. And a lawn is always a kind of remembering, isn’t it. Answer me. Let the stupid barbell fall.

A beeline from the terrace of “Les Mouflons” past the steeple of the little church in La Moussière leads to the left or eastern corner of La Frasse, elevation 1220 meters, simple as a chess pawn in shape, that lifts south of us and hides the hamlet of Essert-Romand where many years ago a girl in a red dress leaped over a stone fence on her way to bring us all our portions of la tartiflette, the cherished casserole of the region.

Is it the “slates” (ardoises in French, ) or the fine veeringness of the prose poems that recalls Pierre Reverdy, author of Les Ardoises du Toit (Roof Slates)? (“La Borne” likely refers to an ancient village of potters and ceramicists in the Cher.) There’s a kind of bliss-bitten abandonment to “l’imaginaire” here that I associate with the French (and with some francophilia’d-up U.S. writers—“Lines” could, for example, conceivably be a poem by Ron Padgett, had it only a few semi-ironic over-excitable exclamation points there at the end.) “Scales,” with its tiny velocities and repetitions ’s surely got a little of Gertrude Stein buttressing it, too.

Robert Kelly’s assuredly a prolific writer, and one with rather incredibly various results. I am not sure I’d be capable of pulling the Kelly poem by the scruff of its neck out of a police line-up of contemporary pieces—a “problem” in an age that equates identifying with comprehending (just eavesdrop in the museums a little: “I knew it! An Odilon Redon!) Meaning, discerning reader, categorying without reading ain’t “optable.” Kelly’s is an unrejecting and restless intelligence, working in all directions, one that admits its variability: one untitled poem in May Day begins “The day I stopped sounding like myself / and became a rough draft of somebody else.” He writes, in a prose poem titled “Lovecraft”: “He tries by over-writing to induce nausea in the reader—more especially the readerly reader, the sage friend he yearned for all his life. His overwriting is meant to produce the same sort of vertiginous unease, disorentation, nausea, horror that his characters are experiencing. Death by prose.” Two senses of over-writing, hyphen’d and not—one, “graphemes . . . consonant combinations not found in English . . . scary, Etruscan, from the crepuscular phase of language”; the other, sheer volume.

Kelly, of course, with Paris Leary, rather famously edited A Controversy of Poets in 1965, daring to put the divisive post-anthology wars citizenry of the poetic republic into one volume. Now, forty years later, it is noteworthy that—whilst there are those loudmouths who’d insist on maintaining (or resurrecting—I’d wager the animosities relent’d noticeably in the late ’sixties—then, just as now, bigger storms amass’d, troop’d up all the way to the horizon, making meagre the ego-spawn’d mud-pie spats of us writers) that confrontational two-camp mentality, Kelly’s poems slip rather effortlessly around such a critical dead-end. One’d ask, is a lovely poem like “The Flies of October,” with its barely skirting sentiment and brash metaphor, of one damn’d camp or another (bless’d)?

The flies of October
have awkward wings,
what happens to them,
they change like the jaws

of salmon leaping
up the last time,
the body changes
on us, October,

the buzz they make
changes too, the angle
of their wings
controls the pitch

they collide, fall
dodder on the windowsill,
come back full force
to find anything

cannot read,
even our hearts
are closed to them
just as ours are

to one another,
why do we hate them
so much, a dozen
of us lovers around

with all their dying,
other people’s lives
are such a pain
to be part of,

As Kelly writes in “History Lesson”—“signs struggle against signs.” Terrific moments here of late loud flies as “dodder,” or quieting to a “lull juddering / on the edge of a book”—that kind of violent stasis that is a prolong’d death throe. Something of Williams here, in the nonchalant shapeliness of it. Something, too, of Roethke, in the natural metaphor, in the tiny hard glint of misanthropy.