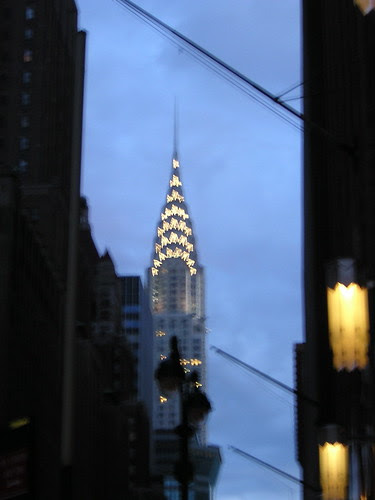 Looking into two books (randomly, disjointedly, undecidedly) for a month or so now. John Keene’s 1995 Annotations (New Directions) and the recent 1913 Press book, Seismosis, a striking collaboration between Christopher Stackhouse (drawings) and John Keene (text). Keene is a member of the Dark Room Collective, and Annotations is label’d fiction by the publisher. However, its density (roughly seventy-five pages, in three parts, containing five, six, and seven titled “chapters” respectively) and its lightning-fleet proceeding—by sound, suggestion, or some unidentifiable jump—make the designation rather arbitrary. (Too, it tilts toward the autobiographical, howsoever one determines that.) Annotations comes with “References & Notes” at the end—“References” listing a dozen or so books (mostly historical guides to St. Louis and Missouri, where Keene grew up), “Notes” a terrific couple of pages of definitions, identifications, &c. (“Rudipoots: A colloquialism akin to ‘ghettoheads,’ meaning an ignorant or foolish person.” “I’n-Shta-Heh: Little Osage for ‘Heavy eyebrows,’ the name given to the French colonizers.”) Here’s the beginning of a chapter (in the third part) titled “Permanence or Evanescence, the Process of the Real”:

The studied obscurity of those avant la lettre poets derives primarily from their desire to conceal. In your eyes, however, she reckoned the plight of the artist, which seduced her even more thoroughly, though you protested rightly that such suffering pales in comparison to what most other human beings endure. Trumpet-in-the-morning. Then mother left for work as father was returning half-asleep from his shift, so bundled up we too set off along the longer route that passed the stately “Century” houses. Another path, across the train tracks near the home for “wayward girls,” where he leered and poked his crotch through the fence, until the stones began to rain upon him. Recall how before you had spent the afternoons with Nana, and how when you grew old enough to walk to school your peculiar cast of companions, though your dispositions often left you all at war. Our legs are the pistons that fire our march through life, or at night two pipes through which each previous day’s dramas drain. Circuits, circadia. The long way had led past Mr. Ward’s gas station, where Gandy, known as “Sarge” from his army days, repaired cars. The other way promised a leaf-canopied stroll through a modest residential section, which you imagined had been the haunts of the playwright’s “Toussaint,” and the store not far from the abandoned trolley tracks, where one could linger over stalls of tangerines and Chinese apples or on hot days purchase taffy and “Bomb Pops.”

Even dabbling in the book, I countenanced the notion (brow furrow’d with half puzzlement, half-Eureka) that here’s somebody hard on heels of La Hejinian, and admirably so. Keene’s jumps less programmatic, less reliably staked to the sentence, though clearly Hejinianesque’d. Turns out, the first part of Annotations is announced with three impeccably chosen epigraphs: Ashbery, Hejinian, and Clarence Major. I put them down mostly for the way they rhyme together. In order: “Just as drowning is said to be delicious when one stops struggling, so I tried to reproduce that delicious sensation.” “What memory is not a ‘gripping’ thought.” “Everything comes together in a novel, life is another matter.” Some kind of line—a clothesline, say—runs through Keene’s narrative, something he pins memory’s garments to, something pliable, strong, “grippable.”

Many of Christopher Stackhouse’s drawings resemble such a line, a strong directive, a tendancy, with secondary counter-tendancy (scribbles) pulsing off toward the margins. Salience and drift. Suasion and riff. (There’s a whole Ammonsesque vocabulary for how such figures work: one could even incorporate big American topics like “E pluribus unum”—that one : many distillate—how something thrusts forth a unity out of the many-finger’d strands. Clothesline and garment. Etc.) The difference is: the vocabulary of drawing—of “line” in its restless manoeuvres—is poorer than the vocabulary of a life. (See my own abstract joss-talk right here.) Where the power of the pieces in Annotations is precisely in the details, the “Bomb Pops”—here the details often go rather slack, repetitive, drawing-dependant, book-housed. Here’s a prose-shaped piece called “Love Waves”:

Shuttle never still but wander. Intensity drums in coils. As from a river, a field, as love waves, spirals darking at angles where concept begins. No sparks but marking where intent and content part. Simulations. Signs flicker, stimulating the stylus to record upper and lower registers. Once I asked what they captured and I still wonder. In the marks, nothing stalls and nothing falters, recesses fill and fade away. In their wake, subject. Wandering in tight arcs which compiled process as shimmering lattices, the gestalt trajectories. Models combine. Does definition point to moments where each image ravels. In dense expressions, the intersecting planes augur structure. Once presented as seismic clusters of negative light, black and whiter black, wavering knots. Within light, in grooves, what coils there? The traveling velleities folding, vibrating into themselves. Like phrases in a shuttle they spin and drum. I asked of these shimmering lattices, salvaging nets spun out from the thrumming, these last shaped, seismographs? Never still their notation—revolution.

Hints of how music (record-making) mimes drawing, the miscible arts, lovely things like “No sparks but marking where intent and content part”—where a sonic combustion burns a realizable gain into sense. And: a sense of too few handholds. I know velleity’s no kin to velvet, still I feel nestled, gauzed, cocoon’d. Thrumming.

Not all of Keene’s writings in Seismosis lineate as prose. And the deployment of the drawings and writings is haphazard: one is never tempted to read one as “illustration” of the other, or vice-versa. (Geoffrey Jacques, in an “Afterword,” argues that the “notion of the network (or the ‘rhizome,’ after Gilles Deleuze and Felix Guattari) is very much at play in these interlacing texts and drawings.” He continues, with a counter-argument pertinent to what I complain of here: “This polyform sort of collaboration between texts and images creates a textual environment where the groups of words themselves achieve a high level of abstraction, vis-à-vis the abstract drawings. Abstraction itself is destabilized in the decentered Seismosis field.”) My question: is it possible to destabilize abstraction through abstract practice? (I’d be more likely convinced by a barrage of the concrete (a flurry of the tangible) pulling back the curtain to reveal a stagy renegade “abstract.”)

Image stalling on the threshold of echo

Yet the axes are visible and return, this echo that grows, reveals its profoundest sense, what
I strove to capture as a story of a vision (I once knew), an effortless music

Now the tolling present pressing in, plaintive visions of chord and hinge (deeper)

What the singing connects and passes from string to finger or what lies, under

Deeper, a rupture of retinal space, figure and surround, what was my station breaks

Suffering enters as figures, leaving their silvery trace, through darkness and flux the sound of
dreamt disruption

Yet I strove through angles, emotion’s topology or its distortion, how this pictorial vigor I
swim in reroutes my circuit

Layer on forms to page, as a study of game, parsing tropes or playing private shapes to public significance

Deeper sill and yet superficial, rather than epic, this modest cycle alternately slack with
underlap and a rigorous absence

that is always turning

What is visible: the sign enigma that punctures the tried idioms

That “pictorial vigor I swim in reroutes my circuit” is undeniable: the poem doing its cyclical (“slack with underlap”) work. Meaning: here I am, if not utterly convinced, not unutterably unconvinced. No shuffle-off remark intended: there is a vigor and vamp to the phraseology here that undoes the expected, rehangs the unhinged door. Again, music and drawing, mimic-clash of titans (“rupture of retinal space,” and the punning “my station breaks”), and enough tintinnabulation of imagery to make a go of. Seismosis is terribly ambitious work, and one commends Sandra Miller, editrice of the excellent 1913: a journal of forms and its namesake press for the fearlessness of seeing it into print, and so handsomely.