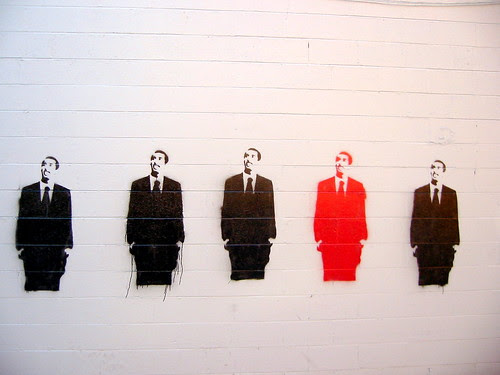 Thomas Pynchon, partly in the voice of Miles Blundell, one of the Chums of Chance, talking about how naming a thing scoops it up momentarily—life of a sea-going almanac—out of the Invisible—here, the scattered Indian Ocean islands “of bare black rock, unpopulated, without vegetation”:

“At one time,” related Miles Blundell, “in the days of the first explorers, each one of these islands, no matter how small, was given its own name, so amazing was their abundance in the sea, so grateful to God were their discoverers for any sort of landfall . . . but nowadays the names are being lost, this sea is lapsing back into anonymity, each island rising from it only another dark desert.” As, no longer named, one by one the islets vanished from the nautical charts, and one day from the lighted world as well, to rejoin the Invisible.

And, one Fourth of July, discussing the sappy-histrionic tradition of blowing off fireworks and other loud pyrotechnickals, slapping down a perfect aphorism (“all aphorisms are perfect”):

“Explosion without an objective,” declared Miles Blundell, “is politics in its purest form.”

Gassing the gasbags, that.

Another smutch on the unnamable, language itself made off into an incendiary device:

The sun came up a baleful smear in the sky, not quite shapeless, in fact able to assume the appearance of a device immediately recognizable yet unnamable, so widely familiar that the inability to name it passed from simple frustration to a felt dread, whose intricacy deepened almost moment to moment . . . its name a word of power, not to be spoken aloud, not even to be remembered in silence.

This in the realms of “Iceland”—somewhere “north of the Arctic circle,” with various protags and antags, “among reefs of magnetic anomaly, channels of least impedance, storms of rays yet unnamed lashing out of the sun,” where there’s a “Ray-rush” in progress—“light and magnetism, as well as all manner of extra-Hertzian rays . . . there for the taking.” Ice everywhere, in “ceaseless drift” (“To return each night to the ice, as to home.”) One Hunter Penhallow—up there watching, among other things, for the moment when the shapes and sizes of the various ice floes and masses align to perfectly mimic, there in the “Venice of the Arctic,” Venice in Italy, and one is capable of a “transference” south—thinks about how:

When his grandmother was a girl, she told him once, the sisters announced in school one day that the topic of study would be Living Creatures. “I suggested ice. They threw me out of class.”

Impeccable comic delivery, a humorist’s timing. What made my neck-skin prickle up a little though: years back, in Ithaca, where one comradely (alma materishly sanction’d) sport ’s “Pynchon-tipping” (akin to the cow-tipping practiced at most state agricultural colleges, with the point being not a sprawling hoof-in-air moo-cow down the lane, but a convincingly incredulous jaw-drop “on” one’s interlocutor), I got “done” by a particularly unreliable cad name of Eddie whose third-to-fourth hand “story” was of how Pynchon, at a party in Buffalo, New York, had spent the evening conversing with an ice-cube. Even now, the napery-hairs jut out an all-alert . . .

Betwixt Against the Day splurges, I rustle about like a towhee in the dry leaves of Emerson’s journals, or Thoreau’s journals, looking for something like a sketch of a way to proceed (perennial question à go-go, now that whiskey’s off the list?) Curious note by Emerson (1847): “H. D. T. when you talked of art, blotted a paper with ink, then doubled it over, & safely defied the artist to surpass his effect.” Getting the jump on Hermann Rorschach, Henry?

Proceed? To do what? Gassing my own gasbag, that.

To, as the hotelier used to sing out between ’s teeth clench’d and white, shining out like Lightnin’ Hopkins’s white-wall’d black Cadillac, work.