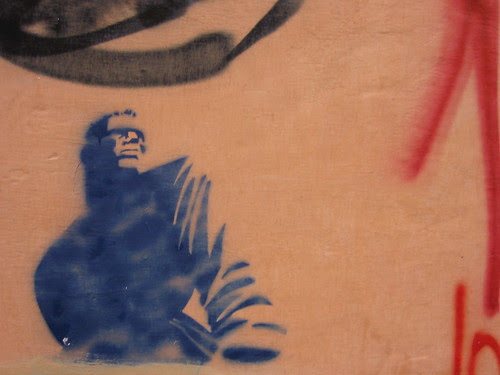 Squirrel’d myself away in my own private Escorial and gulp’d down some pages of Against the Day in monstrous (for me) draughts. A few references logged in the manifest of those hours—they’ll out eventually.

I keep thinking about Alice Neel, mostly because the one of the Philly Sound bunch put the O’Hara portrait up, something I’d only seen (apparently, judging by its hyperventilative effect) in black and white. Neel’s a funny one, smart, and direct. In a conversation with Henry Geldzahler the day after a Johnny Carson show appearance (1985): “I knew a woman in California and her husband was the brother of a man I lived with for a number of years. She didn’t like me, though. She came into the house and turned on the TV and she saw me on the Johnny Carson show, and she dropped dead on the floor. Isn’t that strange?” And to Geldzahler’s remark that Grandma Moses was “clearly a primitive,” Neel says, flatly: “She was an American vegetable.”

Morton Feldman, on John Cage: “My only argument with Cage, and there is only one argument, is with his dictum that, ‘Process should imitate nature in its manner of operation.’ Or, as he put it on another occasion, ‘Everything is music.’

The problems with the positing of “the unpoetic” as a desirable category. First, it’s the oldest avant-gardist dodge there is, and recuperable—see, for example, Walker Evans talking about photographing a garbage can, seeing “the aesthetically rejected object.” Some few years later: trash partout. Second, it’s nigh-meaningless: its boundary-markers the twin pillars of Taste and Current Practice.

“The thin sonorities of disinfected poetasters.” 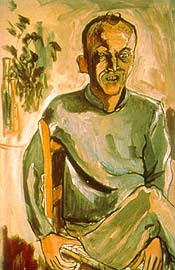