The Uses and Abuses of History 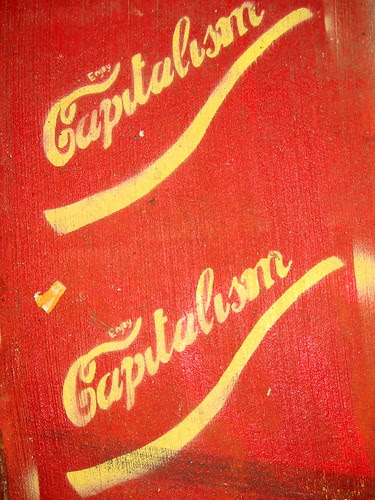 Ron Silliman’s rather execrably self-center’d excursion into late ’sixties Berkeley poetry starring Robert Grenier: is that the kind of thing we’re liable to see in The Grand Piano? My copy of the first issue of This is back-row double-shelved somewhere, so I am unable to offer much in the way of assessment of some of Silliman’s grander claims. About Grenier’s “great works that would eventually make up Sentences . . . one of the crowning achievements of 20th century poetry”—isn’t it precisely the case that it is pure Creeley’s Pieces (1969) just as equally brought to a gaseous standstill by hundreds of other grass-smarmy’d potheads? Think of Aram Saroyan—who’d admittedly smoke gobs of pot and spend a morning writing a couple of succinct and flippant little numbers (“a dish / of Irish / setters” or “ex- / track / coach / dies”): Saroyan print’d Lines magazine beginning in 1964, wherein Grenier is rather Neanderthally represented by things like “A Sort of Plea” (“My lady, my lady, I’m a little dizzy this morning, / thinking on the various . . . say, not necessary / inconveniences? . . . you’ve brought me.” [Whew!] and Random House published a whole collection of Saroyan’s work in 1968. (And somewhat later, didn’t Saroyan take the next logical step in reducing the poem and publish a blank book?)

There are countless exhibits of similar miniature goofs. Look in Bob Perelman’s Hills (Number 2, no discernable date, though Perelman’s address is Cambridge, Mass. and he thanks Grenier for assistance, probably circa 1971): besides a goodly number of Grenier Sentences (“later” and “all over by the wind” and “sundown qualifies / speech as mere / excitement” and “the thugs”), there is Anselm Hollo’s “one leg shorter / she walked into me early” and Perelman’s own “the nearest nothing to slip on / dear blossom my eye.” Look in Paul Hoover’s Hairpin Turns (Oink Books, 1972) and read:

A mouthful of barbiturates at the bottom of the lake

You stir me to run away with your radio

Look in David Morice’s tiny Gum (Number 6, 1971) to see (again) Aram Saroyan (“an orange an orange an”) or Anne Waldman’s “For Ted Berrigan” (“I am speed at the head of the class.”) or George Mattingly’s “The sign at the brink of the world says / SCHICK TECHMATIC” or Clark Coolidge’s “Of What” (“the grained / pound / of what / sees seen”). Look in Bill Berkson’s Big Sky (Number 6, 1973), where Larry Fagin in a completely Creeeleyesque selection of “New Poems” writes:

Don’t want no
truck
with no tires.

“What do you really think of her?”
I once asked Dick Avedon.

Another version of literary history ’d claim that post-Pieces, post-Berrigan’s “Tambourine Life” (in the Paul Carroll anthology), post-Saroyan’s Aram Saroyan and Pages, a slew of younger writers went after dopey miniatures (and the news got rather delay’d in reaching the West coast). (Or, history as simultaneity, as Steve Katz remarked somewhere about postmodern fiction, it was “something in the air,” or “we were all of us there and the light changed and we all crossed the street.”)

In the poems, the banal is pulled out for close examination: and truth is, nearly any particle or smudge of language will do. If one places “tree is so hazy” (Grenier) in the middle of a page (there’s nothing “in situ” about it, the words’re under the Klieg lights of the page, isolated, decontextualized), a kind of reverse-bathos occurs: the commonplace is elevated (through form) to deliver its (minuscule) charge. The result: “tree” wobbles with its two e’s, “is so” unencumbers itself of its z sound, “hazy” reverberates back z and e. More than sonic offerings, the visual is offered, the mere “posing” of a word or phrase is enough to trigger the tiny ostrenanie on which any claim to poetry is made. Certainly, deadpan inanity and dud profundity is right up the pothead’s alley toward dopey hilarity—and, truth is, some of the cards in Sentences are apt to illicit a snort or two, even late as the day is. However, to make of what is essentially a stack of minor giggles, all mostly characterized by a distinct lack of ambition, and no different in import than any number of other giggles the age produced, a “crowning achievement” is to exhibit a curious time-provincialism, occupy a blindspot, or willfully diminish one’s own era (outside of what small portion one witness’d oneself). Then again, that’s Silliman’s modus operandi: inflate the cultural capital nearest oneself in an attempt to get (oneself) swept up in the general boosterism. It’s a dishonest use of history.