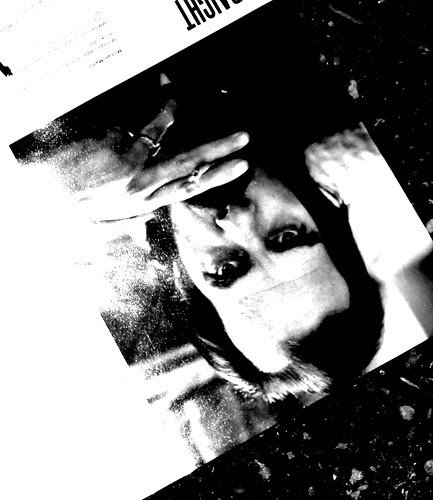 Why is it that, if I carry two books with me, peeping into each successively, I come to think of them as having similar styles? (Why, thinking about the style, one of lyrical innocence and intelligence, that, possibly, of a bright rube, do I tend to imitate it?) The two books, accidentally colliding in my knapsack: Lyn Hejinian’s My Life in the Nineties and Randolph Bourne’s The History of a Literary Radical & Other Papers. Samples:

Under the direction of a professor who was laying out a career for himself as poet—or “modern singer,” as he expressed it—the class went briskly through the centuries sampling their genius and tasting the various literary flavors. As his candor and his appreciations refresh me, I wonder if the next best thing to producing works of art is not to be, like F—, a work of art one’s self. When I next looked up, I found that he had compromised by falling asleep in a curious diagonal and perilous position across his pillows—the trainman asleep at the switch.

I found myself following Fall Creek and thinking up courses, skies without “sameness,” perhaps something called “1899” in which we’d read Winston Churchill’s Richard Carvel, Charles Chesnutt’s Wife of His Youth and Other Stories of the Color Line, Edwin Markham’s “Man with the Hoe,” Elbert Hubbard’s Message to Garcia, Paul Lawrence Dunbar’s Lyrics of the Hearthside, Henry James’s The Awkward Age, Kate Chopin’s The Awakening, Jack London’s “To Build a Fire,” Booker T. Washington’s The Future of the American Negro, William James’s Talks to Teachers on Psychology: and to Students on Some of Life’s Ideals, and Ambrose Bierce’s Fantastic Fables. The apples rotting in the grass below scented the dust which two hovering bees very slightly stirred before darting off as I descended. Facts not only are but they are known, and from the time I was old enough to know the facts, remember sounds, require sense, I thought such work had as much similarity to reality as one could provide.

Three sentences randomly flagged, first out of Bourne, second out of Hejinian. Non-contiguous sentences. (Mostly to defeat the already-present non-contiguity of Hejinian’s sentences.) Is it a convention of American autobiography (or bildungsroman,) that it must declare itself in a negligently studied (studiedly negligent?), nigh-lofty, “decorously detached” style. It’s as if the prerequisite style for such writing consisted of a dash throwaway nonchalance reined in by dependent clauses, mock-rigorous grammatical constraints. Even in instances where a rash of speech-rhythms animates the work, there is no neglect evident in the writing, its propriety. It’s as if a “made it” hayseed’d written the sentences—a little too much white showing around the ears, fault of a recent haircut.

The dispersals of a fly-off (flown away) youth get encumber’d in autobiography, weight’d down, tuck’d in, kerchief’d (wisps of hair). Sifting the wash of the by-gone for the nugatory (all the past is a trifle to the present), the nugget (all the past weighs down the present—is a dense manipulable pocket’d piece), and the nougat (the past is a nut, is nutty view’d out of the high future prospect),—sifting the wash discards the slurry, its swirling multiplicity, its watery strata, its liquid deft occlusion of insistent retrospect.

Okay, I doubt it, too. I doubt the whole attempt to recover, the whole history of attempts. I see, though, a grown-up buying into the pervasive myth of self-reliance, self-improvement, tidiness, dexterity, compulsions against the slovenly. And I see it in the way of the writing. (And I bash at it with my own self-made scripting fist, trying to get it out, or get it to shout forth an admission of its too-dainty camouflage. How write the slop and impetus of a life, highball’d and hellhound’d, off-track and out of control—which is, I wager, every life.) Hejinian: “The non sequitur is something (which does not follow), the nihil sequitur is nothing (which follows).” Gah.

Finish’d Mark Binelli’s Sacco and Vanzetti Must Die! A couple of notes. One, my love of lists. Binelli’s detailing the contents of President McKinley’s pockets when shot by the supposed anarchist Leon Czolgosz: “$1.20 in small change; three knives; a lucky nugget; nine keys (six on a ring, two loose and the ninth on its own heart-shaped ring); a pair of gloves; three handkerchiefs (the weather in Buffalo having been barbarously hot); a god watch; a pencil.” And, a tiny list of sound-effect gags, rated for laughter-inducement value: “A judge’s gavel, for example, produces a rap satisfying in both resonance and authority, and so can be funny as a means of rudely interrupting a dull monologue or (say) of clubbing silly a loudly testifying Brooklyn gangland boss. Breaking glass: also funny. Hollow pipe on bone: uh-huh. Bone, snapping: never works. Industrial vacuum on face: only in extremely brief doses.” Too, appearance in Vanzetti’s unpublished journal (May 19, 1945, he’s touring with Bob Hope, finds himself in Pisa) of Ezra Pound. Vanzetti:

We’d only met once before, in fact, at a Futurist dinner banquet thrown in London, a number of years back, by Marinetti. “More Apician, myself,” Pound said. “Ad omne luxus ingenium natus, or so dixit Pliny. Give me pigs fatted on figs and honeyed wine, or a nightingale’s tongue, over Filippo’s zang tumb tumb. Though, linguistically, a terrific menu. ‘Immortal Trout.’ ‘Fisticuff Stuff.’ ‘Manandwomanatmightnight.’ Hee. The ‘Bombardment of Adrianopolis’ sent Miss Moos running to the toilet. ‘Phlegethon! Phlegethon!’ she cried. Meaning the river’s flow from a.h. Cum grano salis, these stories, save a dash for mon pot-au-feu. Signore Marinetti, in hindsight, appears a bit the huckster, no? Scribbler of manifestos. Professional barker. Stand him outside the ten-in-one. ‘She was once a beautiful woman! She was known as the Peacock of the Air!’ Brilliance notwithstanding. But that said: stunt dinners? OY TIΣ. OY m.f. TIΣ. Enjoys that shit.” He shrugged, then continued, “You still making pictures. I quite enjoyed your last one.” 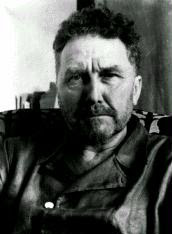