Trace of a Ruckus 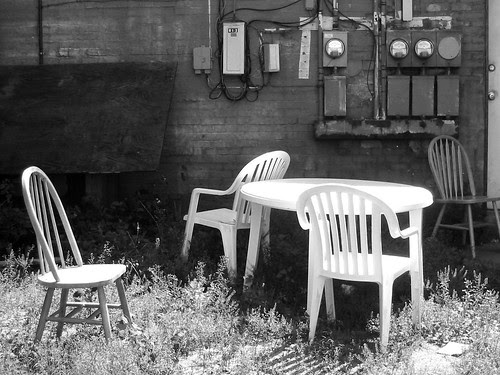 Here’s Randolph Bourne’s character Miro (in the essay, “The History of a Literary Radical”), how he senses himself “standing at the end of an era” (just prior to World War I):

He and his friend had lived down both their old orthodoxies of the classics and their new orthodoxies of propaganda. Gone were the priggishness and self-consciousness which had marked their teachers. The new culture would be more personal than the old, but it would not be held as a personal property. It would be democratic in the sense that it would represent each person’s honest spontaneous taste. The old attitude was only speciously democratic. The assumption was that if you pressed your material long enough and winningly enough upon your culturable public, they would acquire it. But the material was sometimes handed down, not grown in the garden of their own appreciations. Under these conditions the critic and appreciator became a mere impersonal register of orthodox opinion. The cultivated person, in confronting his judgments to what was authoritatively taught him, was really a member of the herd—a cultivated herd, it is true, but still a herd. It was the mass that spoke through the critic and not his own discrimination. The authoritative judgments might, of course, have come—probably had come—to the herd through discerning critics, but . . . judgment in the schools had petrified. One believed not because one felt the original discernment, but because one was impressed by the weight and reputability of opinion.

Is it that one is always “standing at the end of an era,” or is it that, a critical task—or series of tasks—completed, one senses a notable durcissement, a hardening, a limiting of the critical horizon, hunker’d down behind one’s own just constructed bunker (just as one sees, always, an open work kept viable and vital only by continuing, the final word cements it shut, kaput, finito)? Long question, and perennial, recurring, Jefferson’s need for a revolution every twenty-five years. Reminded of Barthes in Roland Barthes: “a Doxa (a popular opinion) is posited, intolerable; to free myself of it, I postulate a paradox; then this paradox turns bad, becomes a new concretion, itself becomes a new Doxa, and I must seek further for a new paradox . . .” Is it just here, now, in the post-language era (or post-post-language mayhem of terminal irony’s gilt Plimsoll line, the shoddy-built flarf-factory foundering “as” “well” “it” “must”), or is it its own terminal “position”—that howling need to change positions, indefatigably? Long question.

I prick’d up my ears at Van Wyck Brooks’s 1919 introduction, wherein he talks about Bourne’s late sense (he died of influenza in 1918) “of the precariousness of free thought and free speech in this country; if they were cut off, he foresaw, the whole enterprise, both of the social revolution and of the new American culture, would perish of inanition.” Lethargy, yes, though I like to think, silly, insipid, the inane, the horse’s ass, the donkey’s ass. Which some days seems just about where we find ourselves. Caught in a place where whatever is most inane gobbles up our few moments of attention—stuff to look at, undoingly. Stuff writ, smirkingly. Bourne: “Even accepting that one dropped eight of the best hours of one’ every day into a black and bottomless pit in exchange for the privilege of remaining alive, such a life was almost worse than none.” Or (he’s talking about the Londoner’s predilection for a “running fire of ideational badinage”—Bourne’s a brilliantly pithy writer), we spend ourselves talking with “a sort of exuberant irrelevance, a vivacity of interest about matters . . . quite alien to the personal and social issues of life.”

Curious to note Bourne’s reference to “the stream of consciousness, what individuals and also what groups are thinking and feeling” attributing it to the “Latin” (meaning French here) sensibility, as opposed to the “objective active” thinking patterns of the English (elsewhere he describes it as a place “where one lived shut in with ideas and attitudes that, like the proverbial ostrich, annihilated the rest of the world”). Which led me to ferret out early usages of the phrase in the OED. I should’ve known, after an 1855 Alexander Bain remark (in The Senses and the Intellect), it is William James, in The Principles of Psychology, in 1890 who grabs the baton: “Consciousness . . . does not appear to itself chopped up in bits . . . A ‘river’ or a ‘stream’ are the metaphors by which it is most naturally described. In talking of it hereafter, let us call it the stream of thought, of consciousness, or of subjective life.” First literary use of the phrase, apparently in a May Sinclair piece in The Little Review regarding Dorothy Richardson’s Pilgrimage (“In identifying herself with this life which is Miriam’s stream of consciousness Miss Richardson produces her effect of . . . getting closer to reality than any of our novelists.”) Tant pis. Reminding me though: there is a new biography of James out. By Robert Richardson (author of the 1995 Emerson: The Mind on Fire), it’s titled William James: In the Maelstrom of American Modernism.

Scribbled out against a sliver of paper whilst zupping my Cheerios today:

Hanging off
The chandelier. 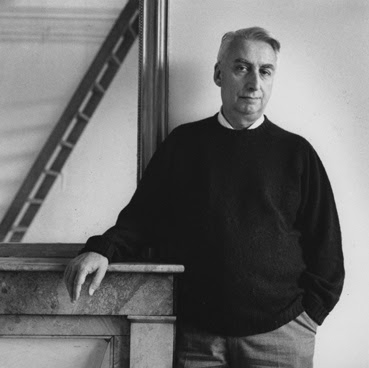