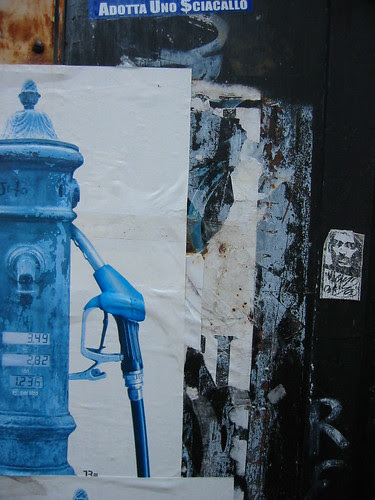 The implausible Mr. Rexroth (suffering solitary-child bigheadedness combined with lying through the teeth): “For a while, I wrote a good deal of music—polytonal, contrapuntal, heavily influenced by William Byrd, Orlando Gibbons, Tudor church music, and the early French lutanists. It hadn’t been played for years because it was so difficult that only Andrée could play it with proper phrasing. Cowell used to say of Hindemith that he took a Bach score and sprinkled it with accidentals, sharps, and flats. I did rather the opposite. I worked constantly to produce diatonic dissonances and modulated from mode to mode rather than from key to key. The only musician this ever made much of an impression on was during World War II—Charles Mingus.” Andrée: the first wife, not a musician, a painter.

On the following page (that is, before one “processes” the essential Rexrotheimer contribution to jazz) one is coached in the way the Rexroth pointed the way toward Abstract Expressionism. For Byzantine “Party” reasons too laborious to enunciate, having to do with various Leftist group actions for “the revolutionary development of the Simmons Mattress proletariat,” Rexroth reports that “It was necessary to put in a new organizer—a hardboiled diligent apparatchik—but he had to be an artist. Canvases were lined up around the wall of Party headquarters, and we all came down and painted pictures of free splashes of color and provided him with an oeuvre and an aesthetic, namely that painting was a commodity, an object in its own right, not a picture “of” anything, even an abstraction, and its value lay entirely in the “action” of the painter. Hence . . . —Abstract Expressionism, which was eventually to capture the California School of Fine Arts and grow and flourish like the green bay tree and produce some very fine paintings—the only American painting that the rest of the world had ever taken seriously.” For us no-breed dogs train’d to lunge at the merest whiff of snake-oil salesmen, Rexroth offers this biscuit: “I have no desire to play stool pigeon, but if this story makes anybody terribly wrought up, I could provide names and dates.”

Though: keeping one’s nose to the ground like a hound, it is possible to flush a covey de temps en temps. I read in Rexroth: “In those days Hiler was a tall, thin, gangly youth in a green velvet Navajo jacket, with a monkey on his shoulder who would clap his hands after each whorehouse piano number. Hiler was the only person I ever knew who could play just like an old-time piano player. He had large ears at right angles to his head and a terrible stammer, not just a stutter. Sometimes he would go, “wa, wa, wa” for sixty seconds or more before he could say anything. Otto Rank was then the fashionable psychoanalyst in Paris, and Hiler went to see him about his stammer. He came in his office and started “wa, wa, wa, wa.” Rank didn’t bother about the stammer. He said, “The first thing you do is go to a plastic surgeon and get those ears pinned back and then come and see me.” Who’s Hilaire Hiler? Mostly a painter. Too, author, with William Saroyan and Henry Miller of a New Directions book titled Why Abstract? (1945). Founder of Hiler College (later Fremont College) in Santa Fe and Fremont University in Los Angeles. Enough to stir one’s curiosity. Predilect for the overlook’d, the footnote, the odd-jobber. (Hiler, too, a jazz saxophonist, circus clown, and author of From Nudity to Raiment: An Introduction to the Study of Costume, in 1929. Born Hiler Harzberg, in St. Paul Minnesota, in 1898.) All a spasm, uncontrollable, and glut of disfigurement is how Horace (tr. Burton Raffel) sees poetry, pointing back to Plato. That old deconstructionist prestidigitating of making it clear that what he says is exactly opposed to what he thinks he says. The lively way Horace says what not to do (“A painter who puts a horse’s mane / on a man’s neck—who pulls feathers / from canaries and doves and parrots and owls / and grows them on a sheep’s back—who lets / the upper half of a beautiful woman come / to a bad end, wriggling like a black / fish”) versus the “sensible” (“words wag on the stick / of substance”) way of proceeding he proposes.