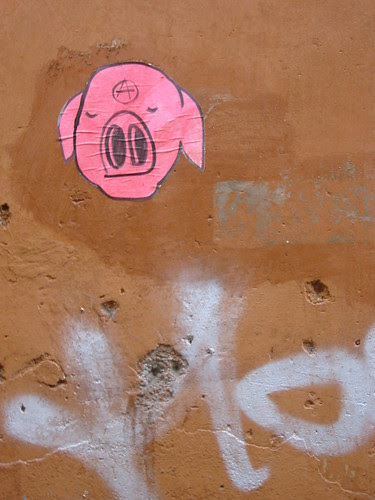 Is it possible for a piece of literature to be literary in a sense somewhat identical to the way a painting is often labeled “literary”? That is what I think reading Joshua Clover’s The Totality for Kids. The world itself is mostly absent except as mediated by prior texts (one counter-argues—in high nasal dudgeon—that “such is always already the case”). What one “gets” is not, say, the astringent juniper berry pucker and antiseptic light of a pre-storm terrace gin and tonic—it’s Ashbery’s previous (see the darling one liner in As We Know) cheekiness (which is always literary) about gins and tonic, that cheek plied with cheek. Clover:

We were drinking gin and tonics on the terrace when the midi skirt
Came back into style . . .

None of relational oomph between title and poem that the Ashbery piece wallops. Is the only identifiable effect / affect here one of smarm? Clover’s lately been quick to defend theory (in critical writing) against (what I’d call) style. What if theory’s upshot, impingement, is fixity: not rigor—rigor mortis? Text clotted with texts? What then?

In hunting for an essay by Niedecker on Zukofsky in back issues of the Quarterly Review of Literature (1955), I find Dudley Fitts translating Martial:


On Elmer, A Confused Person

Though all his associates are eunuchs, and
he himself is the eunuchest of all,
poor Elmer fails to understand
what he likes to call
the undeviatingly sustained unimpregnability
of his wife Pol.