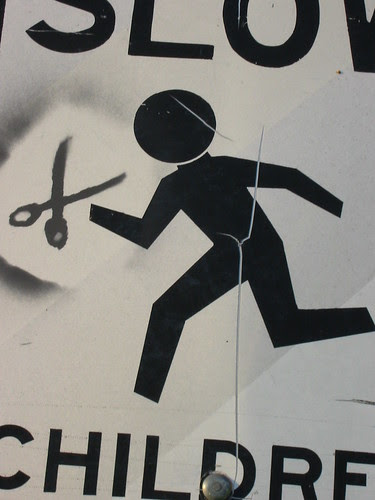 One correspondent—right at the soft whutter of my shucking my invisibility cloak—asks about my notion of anonymity in art, or, perforce, anonymity in Dittoland. I am—defiled by my own self-same presence—loath to know how to answer. I got tired of the personal antics. I got tired of the musty accruals of cultural capital (that seemed a slacker’s just reward, and unlikely to “further” the art). I got tired of the hotelier persona, or that other, rueful, bastard. I thought if I raged beauteously in a self-sealed chamber, that that would be “enough.” I misjudged the abilities of the machine. Or of the machine’s indefatigably perspicacious tenders. One soft-headed sport—he thinks of himself as something of a “wag”—pierced my poor cloak at the first dud recompense. He must “of” gone to my sister the administrator. Or rattled a Cleopatran asp under the nose of my ISP. (My knowledge is limited. Some days it goes no further than to hover a mere quarter inch off my Trinitron screen.) Of course, art should be anonymous. We cannot help ourselves: this is how it—art—gets sullied. Art—in the moment of its making, which is to say the moment of its being art, for, finished, it becomes artifactual, moribund, a cloying presence, not unlike a name—needs no name: it suffices undefined, unlabeled, throwing off its Osiris limbs.

None of that answers, of course, anything. Tomorrow’s attempt would not either—though it could provide a moment of shallow industry, soulful conveyance, a frisson at the ends of things.

Art as leisure dribbling out “unto” itself.

After all, the Hellenes had always transposed the historical events to a level of symbols in order to make them more difficult to grasp, thereby preserving the gap between the initiates and the lower populace. The concept of Greek civilization had usually been appreciated as the idea of supreme cultural development. But this idea would have been nothing without its stable foundation. At the top the thought of democracy emerged, the doctrine of the unity and equality of human beings. At the bottom the maltreated laborers, kept away from all rights. The artistic sculptures and the buildings with columns, all commissioned by the propertied classes, were carried by hecatombs of chained bodies. The noble proportions could detach themselves from dankness and putrescence. The patriarchs bluntly established the separation, which was the prerequisite for their economic system. The priests and the philosophers validated themselves in this order, making sure that the masses were kept in check by superstitious dread, anyone who so much as dared to articulate a word of enlightenment was expelled. Slaveholders and slaves, the former allied with supernatural powers, glorifying their thievery in poetry, the latter, existing only as beasts, as living tools, jointly they formed the two-part structure that we were still struggling to dismantle today. Greek civilization rested on unspeakable plundering, wars were ceaselessly fought to conquer slaves, and it was supposed to be a great boon for the rounded-up creatures to be allowed to serve such exquisite masters.

For tomorrow: explicate the following sentence in terms of today’s structures. Considerations of “flarf,” “Google,” “progress,” and “the appropriate” should be considered in answering:

Slaveholders and slaves, the former allied with supernatural powers, glorifying their thievery in poetry, the latter, existing only as beasts, as living tools, jointly they formed the two-part structure that we were still struggling to dismantle today. 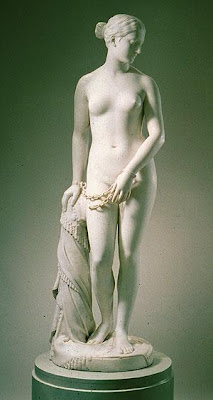