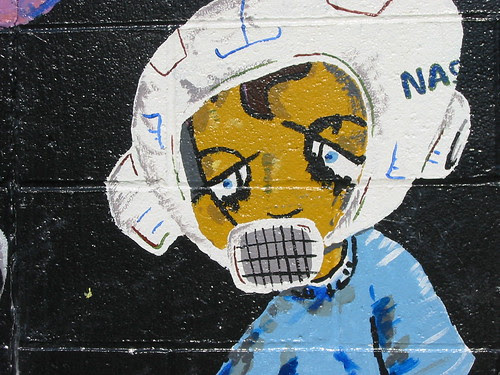 He cry, he got washy

Beer, he got a Child

Heer is no man, Dainty

Fine, and is no woman.

Will Lawes what read not

A lowring Sow? Wee have

Oft’ been Rogues whose looks

Are a man’s, nothing neare

So bad, as is her

Tongue that makes him mad.

Reality is a place you can access only with the proper clearances. Everything genuine disappears. What’s left, the cardboard maze we’re free to scurry about in, is pure Dittoland.

Rough parallel wd. be to imagine Edison setting out NOT to invent the electric-light bulb but just to invent, at large, anything that happened in the course of his twiddling with this that and the other.

The opposite, going not to seed but to confusion, is manifest in those who set out to find PROOF of something or other. Even this mania, this one-trackness occasionally ploughs up more truth than mere lack of direction . . . Some kind of line to hang one’s facts on is better than no line at all.

On the car radio: a conversation (Fresh Air) with Mary Karr. Story of Franz Wright’s answering machine: “At the sound of the gunshot, please leave a message.” Story of conversion to Catholicism: “attracted by people who actually helped the poor—people like Jerry Berrigan, and Ted Berrigan, brothers . . .” That kind of error amidst the breezy banter kind of de-starchifies the regimen, no? Such rampant self-satisfactories in the writing factories.