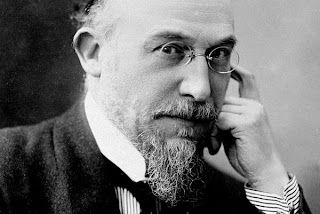 Sleepiness under a low and sullen sky, rain in the offing. A Carolina wren up in the oaks hammering out its loud teakettle teakettle teakettle. Sense of disorder, the brainpan’s scotched hurly-burly, its usual defining intaglio cutting into mere morass (out of the Old French marais, mares, maresc, &c. Meaning “marsh.”) Or there’s a dodgy local tourbillon trapped in the cranial vault, few the graspable morsels turning over and over in the grayish turmoil of its soup . . .

Francis Steegmuller, regarding Jean Cocteau, circa 1913 (out of the 1970 Cocteau: A Biography): “Convinced that hitherto he had been living and writing ‘externally,’ he now began to ‘practice dreaming.’ ‘I had read that sugar induced dreams; I ate whole boxes of it. I lay down fully dressed twice a day. I stopped my ears with wax in order that my dreams might be rooted more deeply than in external sounds.’”

Steegmuller repeats, too, “a remark of Picasso’s that Cocteau jotted down”: “Picasso says: ‘Don’t be afraid to glue a piece of newspaper to the canvas—i.e., to use a movement whose meaning cannot be misunderstood, and which, remaining untransposed, gives full value to the other movements.’” That “movement . . . untransposed” recalling Jack Spicer’s desire “to point to the real” in After Lorca (1957):

I would like to make poems out of real objects. The lemon to be a lemon that the reader could cut or squeeze or taste—a real lemon like a newspaper in a collage is a real newspaper. I would like the moon in my poems to be a real moon, one which could be suddenly covered with a cloud that has nothing to do with the poem—a moon utterly independent of images. The imagination pictures the real. I would like to point to the real, disclose it, to make a poem that has no sound in it but the pointing of a finger.

Cocteau’s sense of determined simplicity. In the notebook, too: “Work with three colors—too many colors make Impressionism (Picasso).” And (out of Cocteau’s 1918 Cock and Harlequin, talking of composer Erik Satie’s—Cocteau’s own—“return to simplicity”):

Sick to death of flabbiness, fluidity, superfluity, frills, and all the modern sleight-of-hand, though often tempted by a technique of which he knows the ultimate resources, Satie voluntarily abstained, in order to ‘model in the block’ and remain simple, clear, and luminous. But the public hates candour.
Each of Satie’s works is an example of renunciation.
The opposition put forward by Erik Satie consists in a return to simplicity. Moreover, that is the only possible kind of opposition in an age of extreme refinement . . .

(Spicer: “These letters are to be as temporary as our poetry is to be permanent. They will establish the bulk, the wastage that my sour-stomached contemporaries demand to help them swallow and digest the pure word. We will use up our rhetoric here so that it will not appear in our poems. Let it be consumed paragraph by paragraph, day by day, until nothing of it is left in our poetry and nothing of our poetry is left in it. It is precisely because these letters are unnecessary that they must be written.”)

Is it plausible to connect Spicer’s sense—out of the initial “Vancouver Lecture” (1965) of language being “furniture” (“Language is part of the furniture in the room. Language isn’t anything of itself.”) to Erik Satie’s “musique d’ameublement” or “furniture music”? (I rather doubt it.) Though, oddly enough: out of program notes to an 8 March 1920 “concert” presented between acts of a Max Jacob piece: “Nous vous prions instamment de ne pas y attacher d’importance et d’agir pendant l’entr’acte comme si elle n’existait pas. Cette musique, spécialement écrite pour la pièce de Max Jacob (ruffian, toujours; truand, jamais) prétend à contribuer à la vie, au même titre qu’une conversation particulière, qu’un tableau de la galerie, ou que le siège sur lequel on est, ou non, assis.” Roughly: “We urge you not to attach any importance to [the music] during the intermission and to act as if it did not exist. This music, written expressly for the play by Max Jacob (ruffian, always; crook, never) claims to contribute to life, in the way a private conversation does, or a painting in a gallery, or the seat on which one is, or is not, sitting.”* And there’s Cocteau’s note (Cock and Harlequin):

Enough of clouds, waves, aquariums, water-sprites, and nocturnal scents; what we need is a music of the earth, everyday music.
Enough of hammocks, garlands, and gondolas; I want someone to build me a music I can live in, like a house.

DUET FOR A CHAIR AND A TABLE

The sound of words as they fall away from our mouths
Nothing
Is less important
And yet that chair
this table
named
Assume identities
take their places
Almost as a kind of music.
Words make things name
themselves
Makes the table grumble
I
In the symphony of God am a table
Makes the chair sing
A little song about the people that will never be sitting on it
And we
Who in the same music
Are almost as easily shifted as furniture
We
Can learn our names from our mouths
Name our names
In the middle of the same music.