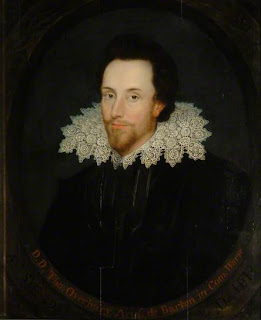 The “catarrh-y beep” of nighthawks in the post-recital humidity, yesterday’s tornado weather canceled, today’s phoebe buzzing its name in the oaks. A spiffy redoubtable optimism for no reason at all. Ambling through the dew-filigreed matutinal zone with the dog, sixty degrees F. A little walking cataclysm of nerves and melodies in the usual cheap trousers. Denise Riley (out of “A Shortened Set”): “I’d drive anywhere with anyone, just / to have that held sense of looking out / from a container, amiably, stolidly while / I’m portered by.” A perfect adverbial pile-up. And, answering a question or two regarding “the crammed-fullness of the place / too dense for story threads to pierce”: “I’d thought / to ask around, what’s lyric poetry? / Its bee noise starts before I can . . .” As Shakespeare’s “Poet” helplessly puts it in Timon of Athens:

A thing slipp’d idly from me.
Our poesy is as a gum, which oozes
From whence ’tis nourish’d: the fire i’ the flint
Shows not till it be struck; our gentle flame
Provokes itself and like the current flies
Each bound it chafes.

Helpless with a kind of bemused defiance.

What a Character Is

If I must speak the schoolmaster’s language, I will confess that character comes from this infinitive mood, χαράξω, that signifyeth to engrave, or make a deep impression. And for that cause, a letter (as A.B.) is called a character.

Those elements which we learn first, leaving a strong seal in our memories.

Character is also taken from an Egyptian hieroglyphic, for an impress, or short emblem; in little comprehending much.

To square out a character by our English level, it is a picture (real or personal) quaintly drawn, in various colours, all of them heightened by one shadowing.

It is a quick and soft touch of many strings, all shutting up in one musical close; it is wit’s descant on any plain song.

“Wit’s descant on any plain song”: the “character” thus kin to lyric poetry.

Or Denise Riley again, out of “Wherever You Are, Be Somewhere Else” (Selected Poems):

A body shot through, perforated, a tin sheet
beaten out then peppered with thin holes,
silvery, leaf-curled at their edges; light flies

right through this tracery, voices leap, slip side-
long, all faces split to angled facets: whichever
piece is glimpsed, that bit is what I am, held

in a look until dropped like an egg on the floor
let slop, crashed to slide and run, yolk yellow
for the live, the dead who worked through me . . .

I can try on these gothic riffs, they do make
a black twitchy cloak to both ham up and so
perversely dignify my usual fear of ends.

To stare at nothing, just to get it right
get nothing right, with some faint idea of
this as a proper way to spend a life. No, what

I really mean to say instead is, come back
won’t you, just all of you come back, and give
me one more go at doing it all again but doing it

far better this time round—the work, the love stuff—
so I go to the wordprocessor longing for line cables
to loop out of the machine straight to my head

and back, as I do want to be only transmission—
in sleep alone I get articulate, to mouth the part of
anyone and reel off others’ characters until the focus

of a day through one-eyed self sets in again: go into it.
I must. The flower breaks open to its bell of sound
that rings out through the woods . . .

The uncontainable self: what “flies / Each bound it chafes . . .”

To note: three new pieces—“To Sincerity,” “To Literary History” and “To ‘The Day’s Uncommon Lustre’”—now up at Wave Composition. There too: a terrific interview with Cyrus Console: “I feel that the prose poem emerged as a small, rectangular form that a person of average means could own, just as etchings and lithographs began to populate the homes of the middle class. Maybe a resurgence of prose poems correlates to abundant traffic in cheap, reproducible image formats?”
Posted by John Latta at 6:45 AM