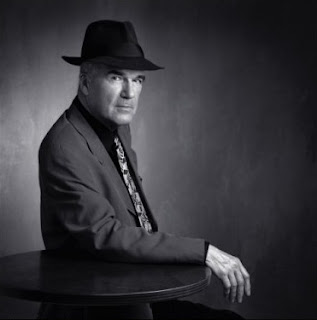 William Carlos Williams, commencing Spring and All (1923): “If anything of moment results—so much the better. And so much the more likely will it be that no one will want to see it.”

Harry Mathews, out of 20 Lines a Day (1988): “Four years ago I was reminded of an injunction Stendhal gave himself early in life: Vingt lignes par jour, génie ou pas (Twenty lines a day, genius or not). Stendhal was thinking about getting a book done. I deliberately mistook his words as a method for overcoming the anxiety of the blank page.”

Kerouac, out of “Essentials of Spontaneous Prose” (1957): “Not ‘selectivity’ of expression but following free deviation (association) of mind into limitless blow-on-subject seas of thought, swimming in sea of English with no discipline other than rhythms of rhetorical exhalation and expostulated statement, like a fist coming down on a table with each complete utterance, bang!”

“Natural” details—the horn-shaped moon hanging in the maple, the expellant caw of a crow—impinge as mere quotidian inadvertencies, putting a rougher nap to the slippery surface of the day. (John Skelton, out of Magnyfycence (c. 1530): “Whan the noppe is rughe it wolde be shorne.”)

Language as atomizer, to reduce the experiential flow of the world to a fine spray, a mist, a cover, scenting the surround with its necessary and unutterable deceit. Each sentence a sign of entropy, a tendency to some final silent zero core.

Peter Weiss: “Our illnesses are mostly political illnesses. When our breathing stops, when the blood clots in the veins, the heart fails, then our weariness has settled in the organism, and we react with our whole person as a unit, as a natural process, react definitively to a situation that can no longer be dealt with rationally.”

Emerson, in the guise of “a certain poet”: “Genius is the activity which repairs the decays of things, whether wholly or partly of a material and finite kind. Nature through all her kingdoms, insures herself. Nobody cares for planting the poor fungus: so she shakes down from the gills of one agaric countless spores, any one of which, being preserved, transmits new billions of spores to-morrow or next day. The new agaric of this hour has a chance which the old one had not. This atom of seed is thrown into a new place . . .”

In the medieval period, an atom referred to “the smallest unit of time, of which there are 376 in a minute and 22,560 in an hour.” An ounce equaled 47 atoms. All measure is haywire.

Routinely thrown up against Williams’s reverie (Spring and All): “A world detached from the necessity of recording it, sufficient to itself . . .”
Posted by John Latta at 6:48 AM