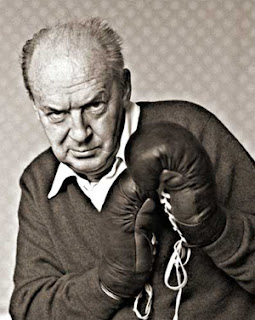 My reading of late: dilatory, aimless, perfunctory, sparse. Sleep-invaded, doubt-racked, finicky. Disorderly. Mary Ruefle, out of “Someone Reading a Book Is a Sign of Order in the World” (Madness, Rack, and Honey: Collected Lectures):

Once this thought crossed my mind: every time an author dies, out of respect a word should also pass out of being. A word the author loved and used repeatedly in writing—that word should be his and die with him. Nabokov: quiddity. But who should decide? The one who passes or the one who is left bereft? And who is the real widow? It is language herself, and her decision is clear: she does not want one of her children to throw herself into the grave pit of an old man. Quiddity: the essence of a thing; also, a trifling point, a trivial, inessential thing.

Vladimir Nabokov, out of commentary to Aleksandr Pushkin’s Eugene Onegin (under the word “romanticism”—in Pushkin’s lines “Thus did he write, ‘obscurely / and limply’ (what we call romanticism— / though no romanticism at all / do I see here . . .)”):

As happens in zoological nomenclature when a string of obsolete, synonymous, or misapplied names keeps following the correct designation of a creature throughout the years, and not only cannot be shaken off, or ignored, or obliterated within brackets, but actually grows on with time, so in literary history the vague terms “classicism,” “sentimentalism,” “romanticism,” “realism,” and the like straggle on and on, from textbook to textbook. There are teachers and students with square minds who are by nature meant to undergo the fascination of categories. For them, “schools” and “movements” are everything; by painting a group symbol on the brow of mediocrity, they condone their own incomprehension of true genius.
I cannot think of any masterpiece the appreciation of which would be enhanced in any degree or manner by the knowledge that it belonged to this or that school; and conversely, I could name any number of third-rate works that are kept artificially alive for centuries through their being assigned by the schoolman to this or that “movement” in the past.
These concepts are harmful chiefly because they distract the student from direct contact with, and direct delight in, the quiddity of individual artistic achievement (which, after all, alone matters and alone survives); but, moreover, each of them is subject to such a variety of interpretation as to become meaningless in its own field, that of the classification of knowledge. Since, however, these terms exist and keep banging against every cobble over which their tagged victims keep trying to escape the gross identification, we are forced to reckon with them.

In a spooky sun-shaft of sudden memory: talking with K. (circa 1985) about Nabokov’s use of the word “quiddity.” Reading aloud to each other in the Wyckoff cellar, surrounded by disjecta—homemade chutney jars, Go stones, stray volumes of Johnson’s Encyclopedia, empty fuse boxes:

Biarritz still retained its quiddity in those days. Dusty blackberry bushes and weedy terrains à vendre bordered the road that led to our villa. The Carlton was still being built. Some thirty-six years had to elapse before Brigadier General Samuel McCroskey would occupy the royal suite of the Hôtel du Palais, which stands on the site of a former palace, where in the sixties, that incredibly agile medium, Daniel Home, is said to have been caught stroking with his bare foot (in imitation of a ghost hand) the kind, trustful face of Empress Eugénie. On the promenade near the Casino, an elderly flower girl, with carbon eyebrows and a painted smile, nimbly slipped the plump torus of a carnation into the buttonhole of an intercepted stroller whose left jowl accentuated its royal fold as he glanced down sideways at the coy insertion of the flower . . .

Hazardous even to the initiated: Recently I was reading the notebooks of the Greek poet George Seferis (1900-1971). I was also reading, for the first and last time in my life, my own private journals, which I began writing when I was sixteen and ceased to write when I was forty. As is my habit, I was copying selected passages from the Seferis into a notebook. Later that evening I began reading a journal I kept twenty years ago. In it, I was reading the notebooks of the poet George Seferis (1900-1971) and had copied into the journal by hand my favorite passage, which was identical with the passage I had copied earlier in the day, believing completely that I had never encountered it before: But to say what you want to say you must create another language and nourish it for years and years with what you have loved, with what you have lost, and with what you will never find again.