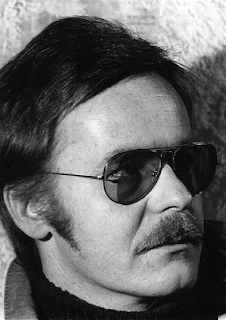 Fourteen degrees. The light coming up noticeably earlier: walking to work, I see the crows leaving their roosts, sailing bedraggledly off in undisciplined squads. A weekend of reading around and about Djuna Barnes, lethargic, cold. “Here’s a rip in nature . . .” And Ronald Johnson: “From the ape at my shoulderblade I see angels. Our embryo dreamt the fishes’ sleep, became a ripple, leapfrogged itself, and later a mammal: perception is a slingshot drawn back to first plasm . . .” And Edith Sitwell, whose “Some Notes on My Own Poetry” Johnson called “a text to shove alongside Charles Olson’s Projective Verse and Louis Zukofsky’s anthology A Test of Poetry.” Sitwell:

Seeing the immense design of the world, one image of wonder mirrored by another image of wonder—the pattern of fern and of feather echoed by the frost of the windowpane, the six rays of the snowflake mirrored by the rock crystal’s six-rayed eternity—I asked myself, were those shapes molded by blindness? Are not these the ‘correspondences,’ to quote a phrase of Swedenborg, ‘whereby we may speak with angels?’
It was said that the images in these poems were strange. This was partly the result of condensement—partly because, where the language of one sense was insufficient to cover the meaning, the sensation, I used the language of another, and by this means attempted to pierce down to the essence of the thing seen, by discovering in it attributes which at first sight appear alien but which are acutely related—by producing its quintessential color (sharper, brighter than that seen by an eye grown stale) and by stripping it of all unessential details . . .

See Johnson’s call (out of “Hurrah for Euphony”) for a poetry that is “A jamboree of the senses jarring us into naming our own circus, perimeters . . .” See, too, the “correspondences . . . whereby we may speak with angels” of ARK, a book made of correspondences, the colossal aligned against the minute: “The human eye, a sphere of waters and tissue, absorbs an energy that has come ninety-three million miles from another sphere, the sun. The eye may be said to be the sun in another form.” Or, see Johnson’s Christopher Smart-inflected lines in ARK (with orthographic oddities intact):

Let flick his tail, the darkling Lion, down to the primal
huddle fiddling DNA.

Let the Elephant ruffle the elements in The Great Looped
Nebula with his uplift trunk.

Let the Binary, orange, emerald, and blue, in the foot of
Andromeda run awhisker with Mouse.

Let the Switch Snake lilt bluegrass back and forth be-
tween pelucid cells.

Let Porcupine rattle quill, in a Casseopia of Hollyhock.

Let the whinny of Pigeons’ wings trigger similar strains
from elm to Triangulum.

Let a score for matter’s staccato to cornstalk be touted to
stars clustering The Archer’s wrist.

Let the stripes of Zebra be in time with the imaginary
House of Mozart, on Jupiter.

Johnson’s work begins in the moot iterable conveyances of the translated. There’s a lovely couple of paragraphs in “Up Till Now” wherein Johnson details a trajectory of use and re-use, assembling’s flux, Johnson learning “how to make spare but tasty stews in the French manner; how to be elastic as to servings and able to turn out a lovely omelet for a famished poet or painter, wherever kitchened; how to end a meal with a sprightly cheese . . .” concurrently with learning how to write:

My first salvageable poems date from about this time—my translations into poems of Satie’s notes to Sports and Divertissments. The first selections were printed in Poor. Old. Tired. Horse., and several years later Ian Finlay suggested I complete the series . . . I also translated the notes Le Facteur Cheval and Raymond Isidore left into poems. These are kind of Urstones from the building of ARK. I take Pound’s experiments in translation to be the ideal. All of mine were just notes which I shaped into a poem. The act of real translation has always escaped me. I attempted Jules Supervielle since his feel for words was similar to mine, but after trying for years I gave up, especially on lines such as “Le soleil sur Vénus se lève.”* It was he who taught me not to fear being “too much” in such lines as “Cellophane in cellophane of salamander slid within the flame,”** as well as the cocky banter of Wallace Stevens’s “chief Iffucan of caftan in tan, in henna hackles, halt!”*** Or Edith Sitwell reading “Façade,” as well as her explanation of poetics in the introduction to her collected poems: Canticle of the Rose.
Through Thoreau I was seduced into cosmology as reflected in nature, on all levels. From Ives I learned how collage could be used to effect. From Stan Brakhage I learned the virtues of cutting for speed, and from the painter Jess how to reconstruct a puzzle so the seams became the seen (and vice-versa). From R. B. Kitaj, that anything might happen in the way of connections. From Duncan I learned to see the angels in Rilke, and to trust them. For years I was highly influenced by Guy Davenport’s sprightly prose, and through decades of correspondence in which his lively wit sparkled unendingly . . .

Language got un peu partout and put together new. Out of “ARK 52, Fountain III”:

And in H. L. Mencken’s 1945 Supplement to The American Language, under the title “The Hallmarks of American,” one reads:

“The characteristic American word,” said the New York Times in 1944, “must be something short, sinewy, native to the soil of American life—creek, pone, squaw, or something in the rudely fantastic line, like calaboose or gerrymander. The most un-American words, in theory, would be the long bookish, Latin polysyllables.” Almost precisely a year before, Dr. Jacques Barzun of Columbia had taken a diametrically opposite line in the Saturday Review of Literature. “Once upon a time,” he said, “American speech was known for its racy, colloquial creations—barnstorm, boom, boost, bulldoze, pan out, splurge, and so on. Now it is the flaccid polysyllable that expresses the country’s mind. Pioneer has yielded to pedant, and one begins to wonder whether the German word-order had better not be adopted to complete the system.”

“Parmi ces roseaux sans oiseaux / Piquant l’inhumaine atmosphere”—literally, “Among these reeds without birds / Stinging the inhuman atmosphere” being rather equal in sonic density to Johnson’s exemplary “cellophane in cellophane of salamander slid within a flame . . .”

** “BEAM 14” of ARK, beginning with the Sitwellian line “Eden, glossolalia of light” (“language of one sense . . . insufficient to cover the meaning”) includes, too:

he who
obsessed by light,
possessed by sight:

cellophane in cellophane of salamander slid within a flame

(to pin to the shimmer a name)

*** Johnson, working without a library. Stevens’s own “too much” lines, out of “Bantams in Pine-Woods”: “Chieftain Iffucan of Azcan in caftan / Of tan with henna hackles, halt! // Damned universal cock, as if the sun / Was blackmoor to bear your blazing tail . . .”