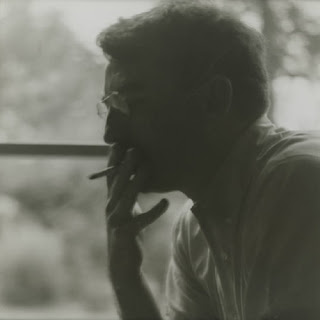 In writing I can’t manufacture something as in painting, when I use my craft to mix a color. But I’m trying to write to you with my whole body, loosing an arrow that will sink into the tender and neuralgic centre of the word. My secret body tells you: dinosaurs, ichthyosaurs, and plesiosaurs, meaning nothing but their sound, though this doesn’t dry them out like straw but moistens them instead. I don’t paint ideas, I paint the unattainable “forever.” Or “for never,” it amounts to the same. More than anything else, I paint painting. And more than anything else, I write you hard writing. I want to grab the word in my hand. Is the word an object? And from the instants I extract the juice of their fruits. I must deprive myself to reach the core and seed of life. The instant is living seed.

The secret harmony of disharmony: I don’t want something already made but something still being tortuously made. My unbalanced words are the wealth of my silence. I write in acrobatics and pirouettes in the air—I write because I so deeply want to speak. Though writing only gives me the full measure of silence.

No patience for repetitious feints at the unutterable. Turned to Guy Davenport’s memoir (titled “Tom and Gene,” out of 1996 book of essays, The Hunter Gracchus) of visiting—in the company of Ralph Eugene Meatyard (“a lapsed Methodist”) and Jonathan Williams (“a very lapsed Episcopalian”)—Thomas Merton, “at the Trappist monastery of Our Lady of Gethsemani near Bardstown, Kentucky” (“He made drawings for us by dipping weeds in ink and slapping them onto a sheet of typing paper. He drew a horse, very Zen in its strokes . . . [He] served us goat cheese made at the abbey, packets of salted peanuts, and jiggers of bourbon.”) Of Meatyard’s photography:

Gene had no studio, never directed his subjects, and usually looked away as if uninterested before he triggered the shutter. I have spent several days being photographed by Gene and never knew when he was photographing. We kept a conversation going, usually an exchange of anecdotes. I knew, however, where Gene’s eyes were: they were on light, on shadows. A Meatyard photograph is always primarily an intricate symmetry of light and shadow. He liked deep shadows of considerable weight, and he liked light that was decisive and clean.
He liked resistant structures. Many of Gene’s photographs are of buildings, especially interiors, in the process of demolition, or of buildings holding up under time. Time itself may have been his ultimate subject—what it does to people and the world . . .

And, out of Davenport’s earlier essay “Ralph Eugene Meatyard” (The Geography of the Imagination):

I remember thinking that here was a photographer who might illustrate the ghost stories of Henry James, a photographer who got many of his best effects by introducing exactly the right touch of the unusual into an authentically banal American usualness. So much of Gene’s work requires the deeper attention which shows you that in a quite handsome picture of lawns and trees there are bricks floating in the air (they have been tied to branches to make them grow level; you cannot see the wires).
Light as it falls from the sun onto our random world defines everything perceptible to the eye by constant accident, relentlessly changing. A splendid spot of light on a fence is gone in a matter of seconds. A tone of light is frailer in essence than a whiff of roses. I have watched Gene all of a day wandering around in the ruined Whitehall photographing as diligently as if he were a newsreel cameraman in a battle. The old house was as quiet and still as eternity itself; to Gene it was as ephemeral in its shift of light and shade as a fitful moth.
He developed his film only once a year; he didn’t want to be tyrannized by impatience . . .

He liked to say he photographed essence, not fact. Gene read Zukofsky before he photographed him; Zukofsky’s layered text turns up as double exposures in the portraits, as oblique tilts of the head, as blurred outlines. The “innocent eye” of Monet and Wallace Stevens was not for Gene: he needed to know all he could about his subjects . . .

Essence (unachieved): Meatyard intended to make photographs to illustrate Williams’s Paterson—“I’ll do the photographs here, in Lexington”—homage and commentary by means of “parallel creation.” 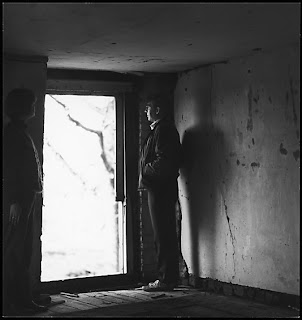 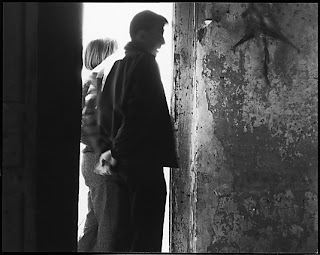 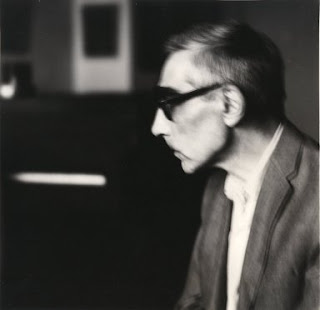 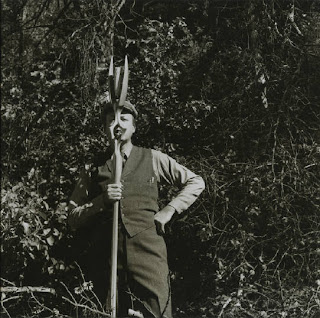 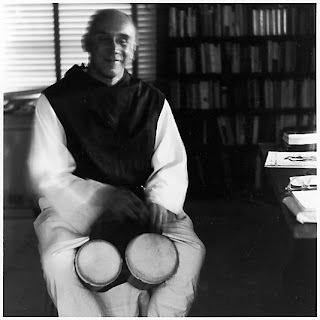 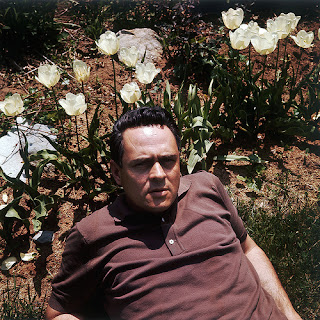 Jonathan Williams, “Ralph Eugene Meatyard,” 1964
(Davenport: “Gene hated television and the movies, color photography (‘just some chemicals in the emulsion, nothing to do with photography’), and especially color slides of paintings.”)