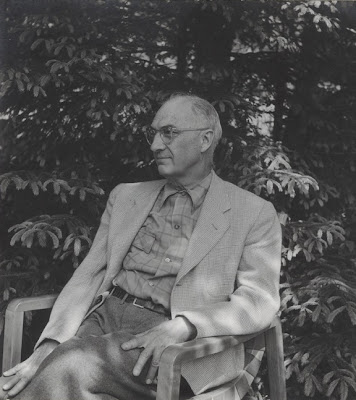 Sluggishness and torpor allied against the furious cold, and the ever-gingerly percept nigh-trammeled by it. If I begin, under usual strictures, with the gaunt armature of a quote—maquette or cartoon and kindling for a supposed uproar—of late the fires refuse to catch, the monumental thrusts go unachieved. I sally aimlessly, and sketch, and sulk. Or defer to sheer material unaccoutred, scrupulous as a stoat, punctilious as a quib.

. . . a word is a word most when it is separated out by science, treated with acid to remove the smudges, washed, dried and placed right side up on a clean surface. Now one may say that this is a word. Now it may be used, and how?
It may be used not to smear it again with thinking (the attachments of thought) but in such a way that it will remain scrupulously itself, clean, perfect, unnicked beside other words in parade. There must be edges . . .

So many lousy poets
So few good ones
What’s the problem?
No innate love of
Words, no sense of
How the thing said
Is in the words, how
The words are themselves
The thing said: love,
Mistake, promise, auto
Crack-up, color, petal,
The color in the petal
Is merely light
And that’s refraction:
A word, that’s the poem . . .

Suddenly you realize that you have been talking for a long time without listening to yourself; you must have said it a long way back without knowing it, for everything in the room has fallen back into its familiar place, only this time organized according to the invisible guidelines that radiate out from both of you like the laws that govern a kingdom. Now there is so much to talk about that it seems neither of you will ever get done talking. And the word that everything hinged on is buried back there; by mutual consent neither of you examined it when it was pronounced and rushed to its final resting place. It is doing the organizing, the guidelines radiate from its control; therefore it is good not to know what it is since its results can be known so intimately, appreciated for what they are; it is best then that the buried word remain buried for we were intended to appreciate only its fruits and not the secret principle activating them—to know this would be to know too much. Meanwhile it is possible to know just enough, and this is all we were supposed to know, toward which we have been straining all our lives. We are to read this in outward things: the spoons and greasy tables in this room, the wooden shelves, the flyspecked ceilings . . .

For whom the word is the making of the world,
The buzzing world and lisping firmament.

It is a world of words to the end of it,
In which nothing solid is its solid self.

Words add to the senses. The words for the dazzle
Of mica, the dithering of grass,
The Arachne integument of dead trees,
Are the eye grown larger, more intense.