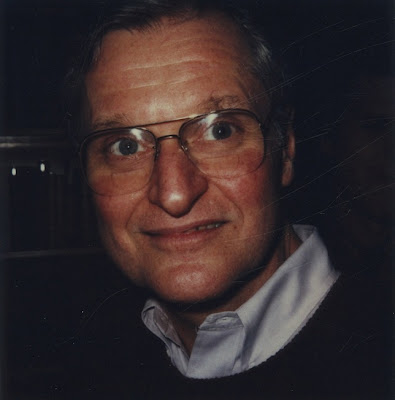 I love the dawdling hour, late afternoon, riffling through books newly acquired or “drug” home out of the library stacks, broken-spined, spavined, soiled in ways permissible and not, the duff of previous readers showering out (or, worse, adhering), reading a stravaiging about into wild prevaricant regions (“fingers formed into a gripe or scratching posture”), unlikely ever to make a home, or make “it” home. That sentence itself a result of the riffling. (See Henry James, out of the preface to The Ambassadors: “The philosophy imputed to him in that beautiful outbreak, the hour there, amid such happy provision, striking for him, would have been then, on behalf of my man of imagination, to be logically and, as the artless craft of comedy has it, “led up” to; the probable course to such a goal, the goal of so conscious a predicament, would have in short to be finely calculated.” Meaning deployed by means of a sheared-off rhythmic measure, and little else.) Toying, I was, with the possibility of cento-ing the new Ashbery, Quick Question, when I turned to (“fell to”) the James and announced to no one in particular: “why, half of Ashbery is James.” Or is it simply that, emerging “down out” of the empyrean Ashberyean realms, everything, meaning every word (“il n’y a pas de hors-texte”) looks Ashbery-tetched, flickering with fires “teachy as any wasp.”* So: Quick Question. (Why, incidentally, the recent mini-glut of demotic lingual debris repurposed for titles? I am thinking, too, of Rae Armantrout’s Just Saying.) A sample, dipping the tiny coathanger-made minnow net into the waters of the creek in question, plucking sentences randomly out of the quick of it:**

The sky was sweet and plain. Some angels
seemed to teeter on the wooden fence.
That rascal, he jumped over the fence.
We’ve all pointed to similar occurrences:
the person’s melodious rage, talking back . . .
A lecture out of control. Fringed with decay all along,
it was, and if who knew better than our selves’ somber
asides they wouldn’t bet on it. It amounts to self importance.
Pretty strong stuff. I told you all would become supple,
with large, clear type and purposeful
vignettes. It can’t be anything too obvious, like a procession
of cars that doesn’t know it’s a procession,
or a paint job among many that’s rented
from a theatrical properties company. Plethoras
to be announced, etc. But you knew that.
Where are you now, homeless heart? Therein
lies our strength, alas,

and we can no more contemplate bigness than we can avoid knowledge
of the minute, that leaves a trail of goo across our sunken steps.
I tell myself I am a minimalist. I think I’ll just be off.
I’m heading for a clean-named place
like Wisconsin, and mad as a jack-o’-lantern, will get there
without help and nosy proclivities. That’s a map of Paris on the fender,
if that’s a fender.

Any book of Ashbery unavoidably containing, by such a method, Raymond Queneau’s “cent mille milliards de poèmes” in indefatigable combinatory. And isn’t it right to submit Ashbery’s pieces to such fluidity and re-conjunct? Recall Ashbery’s remarks in the Paris Review interview:

I’ve conditioned myself to write at almost any time. Sometimes it doesn’t work, but on the whole I feel that poetry is going on all the time inside, an underground stream. One can let down one’s bucket and bring the poem back up. . . . It will be not dissimilar to what I have produced before because it is coming from the same source, but it will be dissimilar because of the different circumstances of the particular moment.

Thus, cento-ing Ashbery is merely a re-sourcing of material under “different circumstances” imposed by the reader. A second cento:***

We live in a museum of helpful objects,
leaning toward the accomplishment of a small,
complicated task, like sailors in rigging.
So you people in the front,
leave. I don’t know how I feel.
No one expects life to be a single adventure,
yet conversely, one is surprised when it turns disappointing,
as tales so often do when the telling doth outpace
the situation. You could say, “It stinks,” but the mirror tells another story,
freckled, noted, wisps of ash traveling in all rightness
to defend the mob, all day in the streets’ shifting gutters,
alien to truth’s slobber. Perturbing elements
listen in the wings, which are coming apart at the seams.
It was always supposed to be like this.
Otherwise there’s not much to get excited about.
Minus vibrato. Cue bugle and castanets. More brass,
less hubris. No, I meant it, plangently, like small waves rubbing
against a reef, or the sighing of mice behind a grill.
Every murk is a key.

And one discovers, selecting “randomly,” or at least “with undue rapidity,” attempting to thwart the gods of story, the onslaught nevertheless of what James calls “the major propriety” (he’s talking about the serial appearance of The Ambassadors in the North American Review during 1903):

I had been open from far back to any pleasant provocation for ingenuity that might reside in one’s actively adopting—so as to make it, in its way, a small compositional law—recurrent breaks and resumptions. I had made up my mind here regularly to exploit and enjoy these often rather rude jolts—having found, as I believed an admirable way to it; yet every question of form and pressure, I easily remember, paled in the light of the major propriety, recognised as soon as really weighed; that of employing but one centre and keeping it all within my hero’s compass.

Which is, that “propriety,” one supposes, akin to Ashbery’s own admitting: “It will be not dissimilar to what I have produced before because it is coming from the same source . . .” “One centre” outs regardless.


* Pertinent, perhaps, being a primer to that particular pump, these lines out of Roberto Calasso’s La Folie Baudelaire (2012) regarding, in essence, the state of high alert reading (or “seeing”) plunges the writer into:

The writing of a book gets under way when the writer discovers that he is magnetized in a certain direction, toward a certain arc of the circumference, which is sometimes minimal, delimitable within a few degrees. Then everything he comes across—even a poster or a sign or a newspaper headline or words heard by chance in a café or in a dream—is deposited in a protected area like material waiting to be elaborated. This was the effect of the Salons on Baudelaire. Every time, they were a pretext for making the unmistakable chords of his prose in formation ring out—and of his poetry, too.

** Sentences, in order, dipped up out of these pieces: “Words to That Effect,” “Quick Question,” “The Short Answer,” “Cross Island,” “The Allegations,” “Recent History,” “A Voice from the Fireplace,” “The New Crowd,” “In a Lonely Place,” “Unlike the Camelopard,” “Resisting Arrest,” “Who Were Those People,” “Homeless Heart,” “Auburn-Tinted Fences,” “Northeast Building,” “Etudes Second Series,” “Puff Piece,” and “Mabuse’s Afternoon.” The title is out of “Card of Thanks.”

*** Sentences out of “Not Beyond All Conjecture,” “Instead of Losing,” “Laundry List,” “The Future of the Dance,” “Bacon Grabbers,” “Postlude and Prequel,” “[Untitled],” “Never Two Without Three,” “The Return of Frank James,” “Marine Shadow,” “Palmy,” “Feel Free,” and “Bell II.” Title out of “This Economy.”