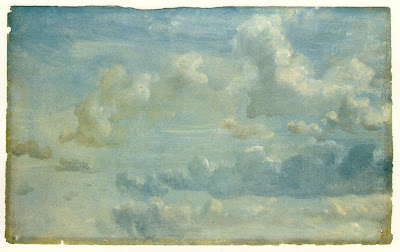 Empty and fretting in the morning. I fossick the books under a black sky, ornery and abrupt, thinking agreeably of Henry David Thoreau’s forlorn lines: “I am a parcel of vain strivings tied / By a chance bond together . . .” Or Charles Wright’s (out of Littlefoot):

Struck by the paucity of my imagination
To winnow the meadow from anything that it is,
I watch the yellow-tail hawk
cruising its edges, the willows
Along the creek’s course,
Low down and lethal, then up like a slung lariat
To circle and telescope,
Eventually to noose back down
And crumble,
only to rise, big wings pumping, back to the west.

Beside me, the shadow of the wind chime’s bamboo drag
Turns like a fish on a string
Noiselessly in the still waters of morning’s sunlight.
A pack train of white and off-white clouds
Works east where the hawk had been.
Almost noon, the meadow
Waiting for someone to change it into an other. Not me.

Refusal in a fit of obeisance to the tenor of things, that hawk both “telescope” and “noose,” pointing to the way metaphor offers up both proximity and squelch. The “cold copulars” whence “forth the particulars of rapture come” of Stevens’s “Notes Toward a Supreme Fiction” seem apt here, how “Two things of opposite natures seem to depend / On one another . . . the imagined on the real.” Stevens: “This is the origin of change.” And Wright:

The cloud poets of ancient China
Saw what they saw and recorded it,
diviners of what wasn’t there,
Prestidigitators of nothingness.
Let me be one of them.

“Prestidigitators of nothingness” a phrase worthy of Stevens. Sky now an unstable and tawdry blue, with Constable clouds. “Let me be one of them.” 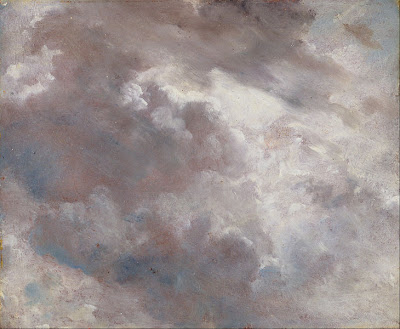 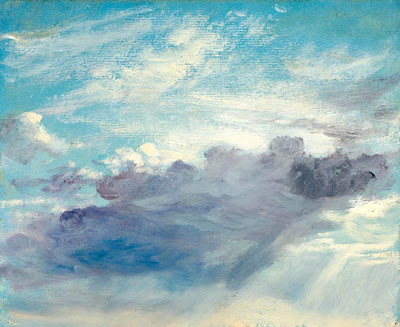 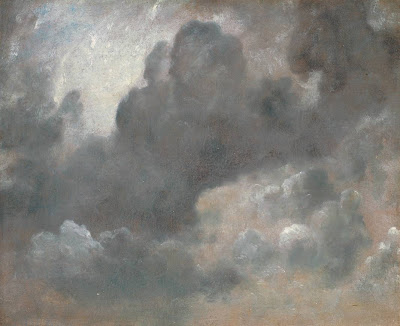 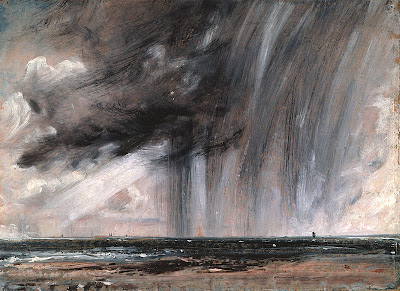