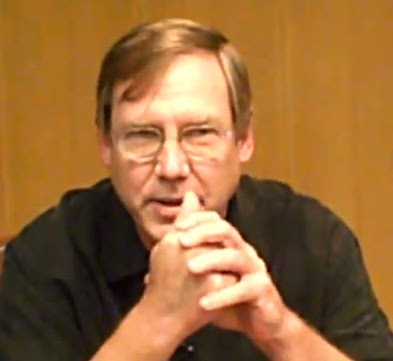 The redoubtable Kent Johnson, he of the utterly charming “Forgotten American Poets of the 19th Century”—called by one errant trooper “scintillose in its wit” (Johnson himself being, too—though “elsewhere”—singled out as being “more hable then the rest, for speciall gyftes of wytte and Musicke”)—here offers up a new piece in an inexorable series, an “aborted eclogue” called “Forgotten American Poets of the 20th Century.” One ascertains herein a cursory—though hardly begrudging—nod “at” Pound’s “All ages are contemporaneous.” Too, as if unrolling the star-charts (I am recalling William Matthews’s one-liner “The Invention of Astronomy”: “The eyelids fall, the star-charts”) Johnson here assembles a kind of Möbius band of the by-now innumerous and worldly poet-components, denatured, inimical, shrewd, and one-sided—and subjects it (and them) to what I can only identify as time’s own precarious weight. The result—saucily rendered in odd sesquipedalian rhythms, in equally plangent dotings with a rather anonymous state citizenry feel, in colicky rhymes coughed up as if preternaturally—is moving enough to discharge forever all the scruples and animosities of heaven. One thinks of the mustering of unanchored particulars up out of the rudest black depths of oceanic consequence and down “into” a Klein bottle, the poet become non-orientable surface, made only more fickle by vigor, Edmund Spenser (“The vaunted verse a vacant head demaundes . . .”) turning into Oscar Wilde (“Everybody seems in a hurry to catch a train. This is a state of things not favorable to poetry or romance.”) Or of a brace of Leibniz, out of New Essays on Human Understanding:

The outcome of these little perceptions is therefore more efficacious than one would think. They form that je ne sais quoi, those inclinations, those images of the qualities of the senses, clear as a whole, but confused in their parts; those impressions that surrounding bodies make on us, and that embody infinity; the bond that every living being has with the rest of the universe. One may even say that as a consequence of these little perceptions the present is pregnant with the future and laden with the past, which plots all (sýmpnoia pánta, as Hippocrates put it), and that in the smallest of substances penetrating eyes like those of God might read all the concatenation of the things of the universe.

In the final unequivocal grunt: “We did as we were able.” (See, too, Frank O’Hara’s unforgettable: “it is good to be several floors up in the dead of night / wondering whether you are any good or not / and the only decision you can make is that you did it . . .”)

“Sometimes I wonder what will happen to me.”
—Janna Levin, particle astrophysicist


Piers
I demand that poet 99 be rescued from nothingness, save her memory from emptiness. Boiling is done in enormous cauldrons that belong to the boss; from this perspective, as observers and performers of thought experiments, we can chart out the field on which we live. She wrote out her heart and had nothing left to give. I demand that poeta nonaginta novem be rescued from nothingness.


Cuddie
I plead that poet 12.3 be redeemed by the young critics, his oblivion is described by no existing physics. True, where the main car park in the center of town is today there used to be row upon row of eel baskets, strung right across the water; this space has handles which we could not see any more than the inhabitants of a torus could see the handle of their manifold surround. Like a tree with no one around, he fell without a sound. I plead that poeta duodecim punctum tres be redeemed by the young critics.


Piers
I implore that poet 57 be returned to the Norton, she is now so forgotten. Incidentally, it’s the custom at funerals in our village for the family to scatter coins about in front of their house and in the temple; we are the product of this universe, and I think it can be argued that the entire cosmic code is imprinted in our brains. She laid down on the track and was run over, repeatedly, by trains. I implore that poeta quinquaginta septem be returned to the Norton.


Cuddie
I urge that poet 756 be returned to the podium, he won a MacArthur and appeared on Nickolodeon. In those days, people slept with their heads on wooden box pillows—the test was to sneak into a room where someone was sleeping and saw the pillow in half lengthwise very carefully; I suppose the life of the academic topologist is so good sometimes it seems ridiculous to complain. He died in a shack on the coast of Maine. I urge that poeta septingentos quinguaginta sex be returned to the podium.


Piers
I petition that poet 11,942 be salvaged from the vacuum, her concepts and marketing have dissolved into talcum. Poetry is mountainous and its forests are hard to reach, but in these times there is plenty of brush on flat land for people to harvest; the hot and cold spots are etched into the background radiation as light climbs out of the hills and hollows. Around her Goth optics, grad students flitted like swallows. I petition that poeta undecim milia nongenti quadraginta et duo be salvaged from the vacuum.


Cuddie
I entreat that poet 72,519 be raised from time’s cellar, his doggerel, once so hipster, was a stunning bestseller. Ironically, I’d thought to tie a large piece of cloth around the boy’s waist just in case he was dragged away by the tide; the infinite curvature that relativity predicts raises to the surface all kinds of weird quantum phenomena. He streaked across the sky to die at a community college in Oklahoma. I entreat that poeta septuaginta duo milia centum decem et novem be raised from time’s cellar.


Piers
I insist that poet 146.8 be forgiven for his treason, his avant-garde red weather is now the Official season. In summer, the poets wear white uniforms and carry short swords with gleaming scabbards, while in winter they wear dark blue tunics, with short capes over their shoulders; if one tosses magnetic shavings in the presence of a magnetic field, the shavings will gather along the field lines, showing the presence, direction, and shape of said unseen field. The name of an actual war ciriminal was imprinted on his shield. I insist that poet centum quadraginta sex punctum octo be forgiven for his treason.


Piers and Cuddie as One
Now we are very tired and you, of course, are tired, too. And so we determine to bid you adieu. For so many, alas, forgotten have been, and so many more as well shall be, that such strange eclogue as ours, forsooth, could never, ever cease. Another thing is that today you have breeders producing chickens on a massive scale, not like it used to be, when farmers only kept a few birds; the bright star burns out, becoming a black vortex that fades invisibly against the darkness of space. O, poets, our art does make of us one eternal race. And so we part with these rhymes of bittersweet scent, may they lend some gentle grace to our great predicament:

Forget thee, poet, never! ‘till the sun shall in glory cease to shine, and this earthly sphere shall melt beneath the wrath divine; when the stars that twinkle bright shall long have ceased to be the light of lonely mariners, over love’s tempestuous sea; when all that is bright and beautiful has fled each sacred spot, Oh, then—and not ‘till then—shalt thou ever, by Poetry, be forgot!
Posted by John Latta at 6:54 AM