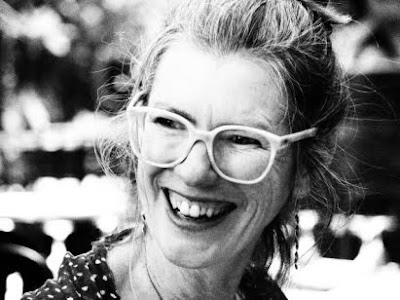 How sketch the commonplace marvels of a single “line” of thinking, with all its gaps and mergers, its temporary triumphs sunk in the miasma of its continuous unreeling? (If I had a cigarette, and the brash wherewithal again to smoke, here’s where I’d light it “up,” pull down a wit-scattering brazen plume and, expelling it, begin.) Lisa Robertson (out of “Doubt and the History of Scaffolding”):

The history of scaffolding has been dismantled. We can’t write this history because there are so few documents—only a slim sheaf of photographs. So we study the construction of the present and form theories. We use the alphabet as a ladder.
Scaffolding, from scalado, to storm by mounting a wall by ladders . . .

A barbarous (mischievous, fitting) etymology. Skaffaldyng, scafaldynge, scaffating, scaffalding, scauffaulding, skaffeltein, skalfatting, scaffolding. “See the Old French eschafauder.” Sense of a mere means to an end, of impermanence haunting its bâtiment, a lingual sinecure: “alphabet as a ladder.” (In the 1622 piece The Virgin Martir, “written by Phillip Messenger and Thomas Deker,” one reads: “The sight of whips, rackes, gibbets, axes, fires / Are scaffoldings, by which my soule climbes vp / To an Eternall habitation.”) We moderns—culling planks and sizing plimsolls for each airy piecework, each malleable rhapsody to the routinely quitting flesh—never make it there. Robertson:

A scaffold sketches a body letting go of proprietary expectation, or habit, in order to be questioned by change. A scaffold is almost a catastrophe. Its topography cathects with the desire to release identity and dissolve into material, which is the style of resistance we prefer. And like a wave also, scaffolding, or falsework, is not specific to a structure . . .

Daily falsework, the writing. Working the alphabetical bejeezus, making it holler and relent, the alphabetical scaffolding “a mobile currency that accretes and dissolves and shifts according to the secret rhythms of the [writer’s] renaissance and decay.” As Robertson adds: “It seems somewhat hysterical.”

“Accretes and dissolves and shifts.” Hence the necessity of the diurnal writerly flex, frotting up against the alphabetical ascenders and stems, the finials and spines, letters keen for relief, for the processual march and volte-face. There is no end. Only a continuous gibbering in the night and momentary unendurable stoppages. I think of Gerard Manley Hopkins’s schoolboy Platonic dialogue “On the Origin of Beauty”:

“. . . Do not painters speak of balancing mass by mass in the composition of their pictures?”
“They do.”
“If they balance mass by mass, the mass in one part of a picture must be unbalanced until that in another part is put in.”
“Of course.”
“If unbalanced then, the picture is unbeautiful.”
“Yes, in that respect.”
“Now suppose when the picture was finished with two masses balanced, a copy were made fr. it, and one mass put in, not the one that was put in the first in the original picture but the other, and then the copying stopped; the picture wd. then be unbalanced as before, would it not?”
“Just as the first picture was, yes.”
“And it wd. be unbeautiful, wd. it not?”
“Yes.”
“But the finished picture was beautiful.”
“Yes.”
“The picture that had only one mass put in was unbeautiful: now as it was to be beautiful when both masses were put in, we might suppose the beauty must lie all in that mass wh. was yet to come: when however we in our second picture, anxious to have our beauty as soon as possible, put the second mass in first, pregnant as it is was with graces, lo and behold! the result was as uninteresting as when we had the first mass alone put in. What are we to say then? The beauty does not lie in this mass or in that, but in what? In this mass as supported by that, and in that as supported by this. Is it so?”
“Exactly.”
“And artists call this composition. Does not then the beauty lie in the relation between the masses?”
“It seems it does.”
“Beauty then is a relation.”
“I suppose it is.”
“And things wh. have relation are near enough to have rela something in common, but not near enough to be one and the same, are they not?”
“And to perceive the likeness and difference of things, or their relation, we must compare them, must we not?”
“Beauty therefore is a relation, and the apprehension of it a comparison. The sense of beauty in fact is a comparison, is it not?”
“So it wd. appear.”

Another plank dropped in the miasma, Henry James to bang the thing shut (in Robertson’s lovely line: “When we awake near a scaffold the frieze of men is calling numbers into the morning . . .”): “One’s work should have composition, because composition alone is positive beauty; but all the while—apart from one’s inevitable consciousness too of the dire paucity of readers ever recognising or ever missing positive beauty—how, as to the cheap and easy, at every turn, how, as to immediacy and facility, and even as to the commoner vivacity, positive beauty might have to be sweated for and paid for! Once achieved and installed it may always be trusted to make the poor seeker feel he would have blushed to the roots of his hair for failing of it; yet, how, as its virtue can be essentially but the virtue of the whole, the wayside traps set in the interest of muddlement and pleading but the cause of the moment, of the particular bit in itself, have to be kicked out of the path!” No scaffolding left “up,” there (beyond, that is, that of the tortuous “muddlement” of the bâtiment-seeking verbiage itself).
Posted by John Latta at 7:06 AM