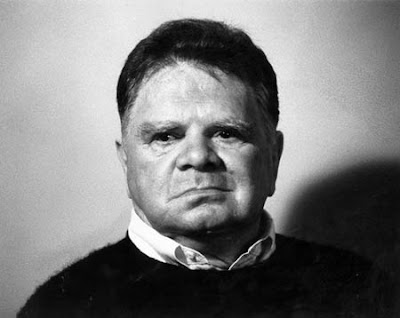 A four degree F. morning, with a rough finish of granular snow in the mars and gullies. Who knows how words come about? William James: “Nowhere is there jar, but every later moment continues and corroborates an earlier one.” (The corroboratory gap, though, may be a stickler, with a stickler’s ferocity . . .) Morass of wavering and hesitancy. Yesterday, reading prefatory material to The Diary of George Templeton Strong (James Schuyler: “. . . my writing, my poetry, is enormously influenced by my reading. I’m really much more of a reader than a writer. I particularly like diaries, for instance, Francis Kilvert’s diary, in three volumes, I’ve read many, many times. It’s extremely visual. I’m always reading in Thoreau’s diaries, and my favorite book is the diaries of George Templeton Strong . . .”), I thrilled to the line: “It is fairly plain that George Templeton Strong’s friends did not suspect him of being a note-taking chiel . . .” Chiel: vaguely Scots, one learns, with Robert Burns’s “A chield’s amang you, taking notes / And, faith, he’ll prent it,” out of “On Captain Grose’s Peregrinations Through Scotland, Collecting the Antiquities of That Kingdom,” quoted. (Schuyler’s listing of Kilvert and Thoreau makes him kin to Ronald Johnson. Kilvert the rural curate of the impeccable mordancy: “If there is one thing more hateful than another it is being told what to admire and having objects pointed out to one with a stick.”)

Out of the 1990 James Schuyler number of Denver Quarterly, some of John Ashbery’s remarks introducing Schuyler’s now legendary 15 November 1988 reading at the Dia Art Foundation in New York:

James Schuyler doesn’t ordinarily give poetry readings; as far as I know this is the first public one he has ever given. Until now, at least, he has resisted the urge to public utterance that has turned the heads of so many poets ever since poetry readings became popular in the late fifties, and which has resulted in a kind of performance-art of poetry parallel to the private consumption of poetry that one had known previously.
This is not the place to debate whether poetry readings are good or bad, and indeed I’m sure that everyone here tonight is very glad to at last be able to see and hear Mr. Schuyler read his poems. I will only say that I think that the fad for seeing and hearing real live poets give utterance to their works is good insofar as it has drawn attention to poetry and resulted in a wider audience for it in the past few decades, and bad insofar as it can tempt the poet to undertake a kind of poetry he or she might not have attempted without the lure of the limelight that even modest tours on the remoter poetry circuits can provide. In any case, Schuyler has avoided these pitfalls, not out of principle, probably, but simply because they interfere with the business of living daily life as he means to lead it. And though I am myself ambivalent about the value of poetry readings, I can’t help regretting that his decision has possibly slowed the growth of Mr. Schuyler’s audience in a time when performance and personalities tend to upstage the written word. . . .

And Schuyler’s reply (out of a rather harassing 1990 interview with Robert Thompson):

RT:   When John Ashbery introduced your DIA reading . . . he spoke of the “pitfalls” of the “poetry circuit,” which you have avoided. Were you suspicious of the self-promotion of poetry readings?

JS:   Oh, well, I never really liked, I never particularly wanted to hear people read their work. I preferred reading it to myself, and, I don’t know, I had a whole lot of reasons then that I don’t really remember anymore. But they seemed quite viable.

RT:   The poem on the page interests you more than the verbal expression?

JS:   Well, no, not just seeing the poem but hearing the voice of the poem. Very often, if you hear a person read a poem, you don’t hear what the poem sounds like at all. It goes by too quickly, and their voice distracts you from all the inner sounds of a poem.

Of particular note in the new age of “sound” ubiquity, audio files of readings partout and de rigueur in the pedagogical vaults. That desire, increasingly rare, to put the poem beyond the mere tenor and squawk of authorial personality, there where intent is stymied by intent.

Douglas Crase, out of “A Schuyler Ballade,” terrific omaggio to Schuyler’s own assemblagist romp, “The Fauré Ballade” (recall, pertinently, the lovely lines out of Cecil Torr’s Small Talk at Wreyland (1918)—

Thus, if the Firmament gave forth the sound of f, the Sun gave f an octave higher up and the Moon gave f an octave higher still. Saturn, Venus and the Earth gave g in these three octaves, and Jupiter, Mercury and the Antichthon gave c in these three octaves also, while Mars gave d in the lowest octave by itself. And if that is what these orbs are ‘quiring to the young-eyed cherubins,’ I do not much regret ‘this muddy vesture of decay’ that hinders me from hearing it . . .

and, too, the John Ashbery line, spoken—reported too in a Schuyler letter to Frank O’Hara—“Sometimes I wish the raggle-taggle gypsies would come and take me away.”) Crase, expertly juxtaposing:

The days slide by and we feel we must
Stamp an impression on them. It is quite other. They stamp us . . .
—“Hymn to Life”

The supreme virtue here is humility, for the humble are they that move about the world with the love of the real in their hearts.
—Wallace Stevens

. . . a never before seen liquefaction of the sun . . .
Unbelievable, unwanted and as lovely as though someone you knew all your life
Said the one inconceivable thing and then went on washing dishes . . .
—“The Crystal Lithium”

Perhaps indeed the efforts of the true poets, founders, religions, literatures, all ages, have been, and ever will be, our time and times to come, essentially the same—to bring people back from their persistent strayings and sickly abstractions, to the costless, average, divine, original concrete.
—Walt Whitman