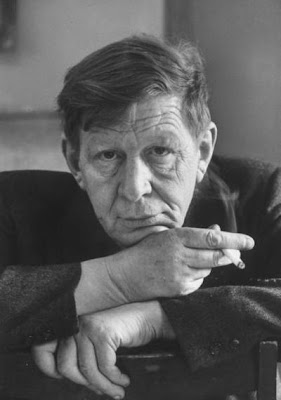 Youth, with its giggles untethered, aimless, sustainable. Lord Byron, out of a letter to John Murray (“Bologna, August 12th, 1819”):

You ask me for the plan of Donny Johnny—I have no plan—I had no plan; but I had or have materials—though if like Tony Lumpkin—I am “to be snubbed so when I am in spirits” the poem will be naught—and the poet turn serious again.—If it don’t take I will leave it off where it is with all due respect to the Public—but if continued it must be in my own way—you might as well make Hamlet (or Diggory) “act mad” in a strait waistcoat—as trammel my buffoonery—if I am to be a buffoon—their gestures and my thoughts would only be pitiably absurd—and ludicrously constrained.—Why Man the Soul of such writing is its licence?—at least the liberty of that licence if one likes—not that one should abuse it—it is like trial by Jury and Peerage—and the Habeas Corpus—a very fine thing—but chiefly in the reversion—because no one wishes to be tried for the mere pleasure of proving his possession of the privilege——But a truce with these reflections;—you are too earnest and eager about a work never intended to be serious; —do you suppose that I could have any intention but to giggle and make giggle?—a playful satire, with as little poetry as could be helped—was what I meant—

Purity of intent, what “disgathers” with any smidgen of the larger world’s attending. How sustain that giggle (what is corroded by pomposity, self-import, the officious brow of the earnest . . .)? Frank O’Hara (out of the extended giggle of “Second Avenue”):

“And the simple yet exquisite pertinence of that race
above the airfield, those tubby little planes flopping
competitively into the wind sleeve, was keen as a violin,
as colorless and as intent. It seemed there was no one there
but children, and at each flaming accident a crumbling giggle
tumbleweeded over the flats and into the hangars and echoed.
What must the fliers have thought? a performance
like a plate of ham and eggs with a fur collar on . . .”

Reading (or rereading, such faulty excurrency of my memory nowadays, I list in uncertainty) the Nathan Kernan-edited Diary of James Schuyler (1997), I am struck by Schuyler’s fussy pooh-poohing of the gaiety of mere lingual rambunct, its giggles. Entry for “Friday, February 12, 1988”:

Why does it slightly depress me—or perhaps just make me feel tired—that now twelve volumes of the OED are available on two—what? chips? discs? whatever. Partly because it makes the horrid word-game aspect of the great dictionary too available. I always blame the OED for all those lines of Wystan’s like, “where the baltering torrent shrinks to a soodling thread,” words used with no precision based on no observation at all.

“Yes, these are the dog days, Fortunatus: / The heather lies limp and dead / On the mountain, the baltering torrent / Shrunk to a soodling thread . . .” from “Under Sirius,” in Auden’s book Nones, much of the manuscript of which Schuyler typed for Auden on Ischia. The phrase stuck with Schuyler and he quoted it more than once; on July 15, 1968, Schuyler wrote Ron Padgett, “I bought a camera, and ‘the baltering torrent’ of my checking account ‘has shrunk to a soodling thread’ to borrow one of Auden’s mellifluencies.” According to P. J. Kavanagh (TLS, September 6, 1996), Auden, accused of having coined “soodling,” defended it as “good Derbyshire.”

(The OED entry for “soodle” points to John Clare’s use of the word in the 1821 volume The Village Minstrel, and Other Poems: “How half a ninny he was like to be, / To go so soodling up and down the street, / And shun the playing boys whene’er they chanced to meet . . .” and the lovely “The horse-boy, with a soodly gait, / Slow climbs the stile.”) Kavanagh’s complaint, under the title “Bywords,” begins:

Red Admiral, Peacock, Tortoiseshell, Painted Lady, Brimstone, Meadow Brown—I looned along a hedge, identification book in hand; it seemed the least one could do in way of gratitude, because the invasion, end of August, was so sudden, lively and various. Perhaps “just reeling off their names is ever so comfy”, as Auden, in one of his camper moments, said of lake-formations. There was even a small Blue—Adonis? Holly?— which obligingly posed, papery-white when shut, when open a small square of darker blue at the base of each wing. This required a weightier consultation, later, in a butterfly book that has always daunted me, and, as I feared, there seemed about sixty varieties of Blue. None of them corresponding to the one I peered down upon. The ones in the colour plates were skewered and dead. Those in the lane were eager and energetic, a cause of pleasure, while I was walking a little astonished, at a lucky hour, along a lane that shimmered and jigged with their colour and restless movement.
Sacral, floscular, rundle, semble, curmurr, cloop, depatical, olamic: W. H. Auden at his most playfully lexical, all in one poem. “Tonight a Seven-Thirty”. James Michie once congratulated Auden on the brilliance of his coinages—the description of a stream “shrunk to a soodling thread” was, I think, his example. Auden was indignant, declared he had never perpetrated a coinage in his life, “soodling” was good Derbyshire. Perhaps because of the daylight hour spent (and pleasure derived from) securely identifying those butterflies, it seemed, in the evening, worth taking Auden up on his claim of non-invention, and trying securely to identify those words. Should a reader, reasonably vocabularied, have to look up a word in a poem? Perhaps not, but dictionaries are thick, and we tend always to handle the same currency. Besides, that poem was about the ceremony of having friends to dinner: middle-class therefore, domestic, and in need of jazzing up: also, evidently, Auden was having fun . . .

(Ashbery’s line about O’Hara’s “At night Chinamen jump / On Asia with a thump” being a case of the poet “amusing himself, another highly suspect activity” is pertinent here.) Kavanagh proceeds to define Auden’s words—“‘curmurr’ (Echoic) is a low rumbling noise, such as that made by ‘young doters’, too intimate, who should not be at the dinner but head-to-head in a restaurant”—only to stumble with “depatical” (“the Blue I cannot find”). (The pinch-off, I see, is in the spelling: Auden’s word is “dapatical,” meaning, apparently—the OED contents itself with the usual etymological gewgaw (“Latin dapātic-us sumptuous . . . Greek δαπάνη cost, expense”) and three demotic-defying citations, each out of an earlier dictionary—“sumptuous, costly.”) At the end of “Bywords” Kavanagh rather jocularly points to a single Auden coinage: that of “grahamgreeneish” in the line “How grahamgreeneish! How infra dig!” (out of the 1963 poem “On the Circuit”). A new coinage “grahamgreeneish” undoubtedly is, though I wonder if its impetus and exemplar may be O’Hara’s line in the 1957 “Poem Read at Joan Mitchell’s”: “It’s so / original, hydrogenic, anthropomorphic, fiscal, post-anti-esthetic, / bland, unpicturesque and WilliamCarlosWilliamsian!”

Whereat the week’s “baltering torrent,” this curmurring I maintain in dapatical self-amusement is now “Shrunk to a soodling thread . . .”
Posted by John Latta at 7:31 AM