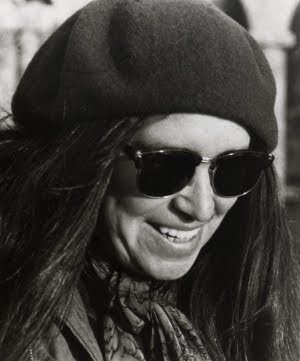 Cold again. The usual doubts and furies. (The usual dawdling and prevaricatory page-turning.) “Using self in the hermetic tradition, that is, against the ceiling of everything, to include all.” A lovely way of putting it—Bernadette Mayer’s, out of What’s Your Idea of a Good Time? (Tuumba, 2006). Rather like Emily Dickinson declaring to Thomas Wentworth Higginson: “Myself the only Kangaroo among the Beauty.” Think of Marianne Moore’s undaunted prickly precision regarding Dickinson’s—and by extension, Mayer’s—supposed “vanity”:

A certain buoyancy that creates an effect of inconsequent bravado—a sense of drama with which we may not be quite at home—was for her a part of that expansion of breath necessary to existence, and unless it is conceited for the hummingbird or the osprey to not behave like a chicken, one does not find her conceited.

Or see Moore’s entirely apt claim that “the behavior of an ear that lives on sound is as sudden as the rush of the canoe toward the rapid” against something like Mayer’s “Perfect Berry Architecture”—out of Indigo Bunting (Zasterle, 2004):

polyglot company disinters her
ossuaries engulf recidividists everywhere
now we are in alphabet creek perfect tense
so far every loner with us—would she begin
to risk her identity, a beginner
to fall down that wave, witness this: who
gets whom into troubler, troublest waters female

good news! a marble cat is on the prowl
a wolverine in laos, i am a user i use you
interminable until walked-out nights
become sepulchral, lacustrine & crepuscular
there’s a rainbow in the same part of the sky
it’s always in except when it’s in the forest
where there cant be any light, red rock

Dim fluid wash of “the gloaming” in the soft-mouthed acrobacy of that “sepulchral, lacustrine & crepuscular”—a sequence whose “prequel” is “ossuaries engulf.” That “red rock” summoning up a Niedecker-inflected wintergreen berry, its shy perfect architecture in the wax-colored light. Moore talks of Dickinson’s ability “to make words convey ‘more than the sum of their meanings laid end to end’; and to attain splendor of implication without prefatory statement”—one’s concision found “at” the exact same extremity or extension as one’s largesse. (See Mayer’s reply to Bill Berkson’s query, What is the distance between word and referent in your poems?:

Probably a sidelong peckish reference to John Ashbery’s “Idaho” with its freighted story of Carol and Biff’s “small hand-assemblies”—and the giddy quandaries of its punctuational voluptuousnesses: “Exactly what kind of perfection??????????????????????????????????????????????????” and “Every tendril of thought,,,,,,,,,) Is it pertinent to demand of largesse that it expand not into excess? (Dickinson’s pert reply: “The Mind is so near itself—it cannot see, distinctly—”) Is excess a kind of panic? Mayer:

Panic is essentially a sexual activity . . . Panic I think brings the whole body a lift & reorganizes in a necessary way . . . it’s not a crazy response, it’s the response of a person who wants pleasure & not its opposite. It’s chaotic though . . .

And, to Berkson’s question, Do you think panic is necessary to change the scenery or what?

Yes . . . change the whole scenery, change the body & mind though panic still is associated with death so it’s not a pleasant method at the moment but it prevents the more desolate pain of boredom & reminds you that you have strong feelings all the time. Panic, though, oddly ’s not attractive & one has an image of the completely self-composed man or woman. I hid my panic in my eyes.

See the etymology: panic out of the French panique (adjective) (of fear) sudden, wild (1534 in Rabelais in terreur Panice), of or relating to the god Pan (1546 in Rabelais) < Hellenistic Greek πανικός (adjective) of or for Pan, (of fear) groundless, also πανικόν panic terror. With a note: “Pan was thought to frequent mountains, caves, and lonely places, and sounds heard or fears experienced in such places came to be attributed to him.” (“I hid my panic in my eyes”: highly Dickinsonian in the sly obviousness of its evident concealment. Sign of Mayer’s blunt “recidividists” lack of any overly compunctious “cut” to her style—somewhere she says: “I’m afraid of having a style that’s easy for me to write in without any risks or cutlery.” Or, as Dickinson put it: “I was thinking, today—as I noticed, that the “Supernatural,” was only the Natural, disclosed—

Not “Revelation”—’tis—that waits,
But our unfurnished eyes—”

And Emily Dickinson, though she famously reported to Higginson, “I had a terror—since September—I could tell to none—and so I sing, as the Boy does by the Burying Ground—because I am afraid,” seemingly never used the word panic.)

Off a week or so—for “seasonal adjustments.”