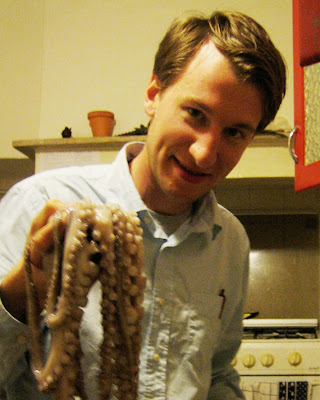 We are left with the word vaudeville and little more than that, the word itself a kind of elegy. Vaudeville. We are left only with traces: a few flat descriptions in books, some scratchy studio recordings, and what survives in early Hollywood, the anarchic Marx Brothers, Charlie Chaplin and Buster Keaton, Buster’s great stone face, which he learned on vaudeville where deadpan was king. Pan was slang for face: the comic puts on a dead face, like a death mask, that plaster cast made soon after someone died in the days before photography, and walks among the living. He learned as a kid that there is something hilarious about that. He wears a mask, like the actors in Greek theater, Noh theater, Commedia dell’arte where the clown was born. It is rather an archaic thing to do. It lets silence back into life.

Beyond the initial nod to the Robert Hass iteration of the “notion that, / because there is in this world no one thing / to which the bramble of blackberry corresponds, / a word is elegy to what it signifies” (“Meditation at Lagunitas”), Hilsabeck deposits all of vaudeville itself, under the “deadpan” of Buster Keaton, some elegiac blank waiting to be filled. (Hilsabeck: “Such common feelings, so everyday—our monotonous sublime—we find written across Buster’s blank face.”) Vaudeville is up and down memoir, a way of revivifying both what Hilsabeck calls “a mongrel feeling,” that is America “at the butt end of Thoreau’s ‘restless, nervous, bustling, trivial nineteenth century’,” and a particular: Hilsabeck’s vaudeville-loving grandfather. The two merge (along with numerous vaudevillians: John Carl, who played the banjo and sang “a song called ‘The Lively Flea’: Feeding where no life may be, / a dainty old chap is the lively flea . . .” only to “stop suddenly and recite Shakespeare, Shakespeare both straight and in burlesque”; “A dancer called Fleury in a long cape, tossing the cape up so that it settles on his head like a turban, revealing nipples painted to resemble large eyes, a painted nose over his stomach, and a bellybutton done up like puckered lips”; or Eva Tanguay, “The Evangelist of Joy,” who “moved, constantly . . . had wild, unruly hair and wore . . . a skimpy dress with pennies glued to it, a chandelier-like hat, . . . a thing with feathers . . . Reviewers described her voice as ‘a hairshirt to the nerves’ and compared her dancing to ‘a mad dog fleeing a mob of small boys’”—the details mount and collide . . . Hilsabeck’s text performing its claim: “An improvisatory, vernacular spirit ran like a current through vaudeville, kept alive by interruption . . . giving the show its air of . . . instability, even menace, the menace of things breaking down.”) Out of elegy, energy, as Hilsabeck puts it, and, in lovely adjectival pile-ups, those gestural Whitmanesqueries (“Vaudeville. Irrelevant, unpredictable, an ad-hoc hodgepodge, rude, stretching its long arms across the wide country, sounding its barbaric yawp . . .”), makes it central to the “blood-soaked American landscape,” pointing to its origin in racial mimicry:

A white man smears burnt cork on his face to mimic one of two types of black men, neither of whom exist: the lazy field hand and the foolish dandy with a watermelon grin. A white dance troop performs a cakewalk . . .

But the cakewalk started not in Africa but on plantations in America, a burlesque of the ballroom dances performed by white bosses at the big house. Whites came down to watch blacks do their funny dance, not realizing that the black dance lampooned the white, and then they started doing it on stage for an audience: whites spoofing blacks spoofing whites. Forms of popular entertainment based on stereotypes and misconceptions, mistaken identities, fantasies based on fantasies, acts that can only be traced back to other acts. A match is a fire to start another fire.

Hilsabeck’s (I assume) fire, the contemporary interrupting / underpinning the historical:

A vaudevillean monologue: I am so wild, furious, rabid, savage, and violent right now about the miserable state of interior decorating and the soil generally I could scream. I did, in the shower, the whole time. Bristol Palin is not Bristol Palin! But you knew that. This world is a world not of the old weapons—lance, arbalest, and spontoon—but the new—pistol, wire, and drone. Not of the old words—Antipathy and Revulsion, Animus—but the new—Nail. Gut. Rabbit. And so and thus I screamed and screamed and I soaped up my hairy ass and armpits and between the fingers and all those toes, all those areas are really clean right now, pal. So don’t even think about shouting out the answers because I’m super at-home in the questions.

Against the manic, the calmly-conferred quotidian veering off into something “archaic,” a kind of near-mystic sense of system, all couched in “deadpan” matter-of-fact:

I am writing a memoir. I use my grandfather’s books. They stretch down into the 19th century: American Vaudeville; The Strange Career of Jim Crow; Common Landscape of America, 1580 to 1845; books on the Indian in America with titles like The Great Father and The Long Death; a book on water. The rotten voice of my memoir is America, and so is the sweet mystery of its face. It won’t sell. It begins and ends in Iowa, Iowa from the French word for the Bah Kho Je tribe. It begins with the wild canary and the wild rose and the geode and ends with the guttural muttery grunt of a hog. Each chapter has its color—brick, sand, daisy, wax. After green comes black, a black scarf we tie around the mailbox. And we long for the open piano. The grass grows stranger. Some creeks, some rivers—a weedy affability inhabits the edges, but we cannot bury our dead there: it is too close to the water. I pass them on foot, only myself. I drink from them and know only a fraction of what I taste and become.

One likely origin for the term vaudeville: out of “the French voix de ville, voice of the city.” One of the pleasures of Hilsabeck’s writing here: the sense of a multiplicity of competing, converging voix. See Keaton’s The Playhouse. Wherein Keaton “finds himself watching himself. Conducting and consulting and telling jokes to himself. . . . Buster playing an audience member says to himself playing the wife of that audience member after scanning the program, this fellow Keaton seems to be the whole show.”