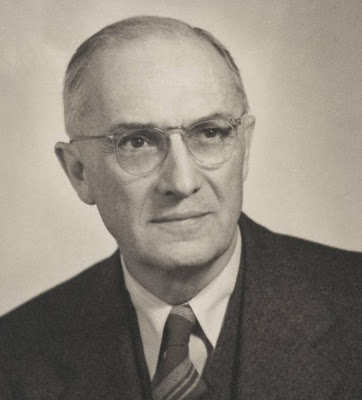 A hash of impositions and instabilities, how the day begins, grousing unreadily, stubble salting its chin. Out of what Williams (writing to Zukofsky, 28 January 1934) called “advice to the unborn as it were telling the world (of them) that life is endless and consists mostly in ripping down the scaffolding from the Grace of God”—he’s talking about a “two page blurb” called “The Element of Time”:

If genius has anything to say in America it had better be strongwinded. Because a life, contrary to the classic opinion, is endless. There is plenty of time. And no hurry. Nobody ever overtakes anybody else. Longwindedness is always a competitor and has to be lived down but even that dies finally from living in its vacuum. Then genius has its chance. Nothing grows old.*
. . .
I emphasize, it isn’t the mass of difficulties that need unhorse a genius. It is the slipping, sliding wastefulness of useless rushing about. There isn’t much to do. It’s just the flip of a word sometimes. One doesn’t have to live this kind of life, that kind of life. The only thing that has ever seemed to me to be important is never to yield an inch of what is to the mind important—and to let the life take care of itself . . .
. . .
If anybody can hold to anything and cling to it long enough to have it be beaten into some shape by the holding and the onslaught, it will at least be refined enough for one to make out clearly its original futility. And even that would be a distinction.

Dashed off for James Laughlin (Williams calls him “Louglin”) at Harvard (“I advised him to throw it into the waste basket and maybe he’ll do so. I didn’t keep a copy.”) Seemingly Williams’s initial exchange with Laughlin, pre-Pound. Williams, lately turned fifty, is equally full of doubt and adamancy, modicums of defeat and furious purpose—see these lines out of a 20 June 1933 letter:

I don’t know what has come over me but at times I’m pretty well convinced it is the end of me as far as writing is concerned. Perhaps it is extreme fatigue though I look well enough. It is heartbreaking to toil at something and feel one’s interest grow less and less the more he works—panic finally. But you make a mistake if you take this to be pathetic. I’m not making excuses. All I mean is that when I can’t write any longer then I’ll be through with writing. Though I confess there’s nothing else.

Which makes sidelong tongue-cheek’d cheer of the “original futility” prescript seem astoundingly buoyant. (The letters, heavily Williams-sided, collected in the Barry Ahearn-edited The Correspondence of William Carlos Williams and Louis Zukofsky (Wesleyan UP, 2003), offer, in stretches, a terrific sense of “quotidian Williams,” that dash amalgam of croup and script, unbolted moroseness and sudden cheer: “Great weather since the rains. Birds sing me to sleep and wake me up. What singing! What luminous dumbbells. Excrement (expletive)!”

* I think of the definition of voice (“My Voice”) as “perseverance codified.” I think, too, of the opening of Hugh Kenner’s 1968 “Of Notes and Horses” (concerning Zukofsky’s “strongwinded”—“forty years in progress” and still, then, largely incomplete—“A”:

(In medias res) . . . when what was put on the page collaborates with what readers understand in its presence. The former is constant (more or less, despite editors’ tinkerings), the latter mutates with time, and given enough time, as with Homer, a spectacular inventory of mutations will accumulate. An Iliad totally (radically?) unlike ours glowed in the mind of Socrates. Until the collaborative process is moving the poem exists only as an unperformed score exists . . .