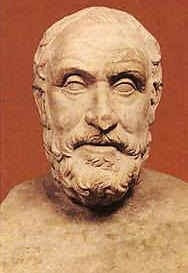 Dopey notelets. En miettes. My habit of manhandling the superficies. Palping a book with unstudied intent, trying to dope out its requisites and indispensables. Rather like running a stumpy thumb along a knife blade, ascertaining nothing, with no particular prospect. Compiling the detritus of my own waywardness, thus. Out of The Letters of Samuel Beckett, 1941-1956, a reply (dated 18 December 1953) to a lost query (by one Patricia Hutchins) regarding Pound:

The only time I remember having met Pound was one evening at dinner with the Joyces in the Trianons, place de Rennes. He was having great trouble with a fond d’artichaud and was very aggressive and disdainful.

SB told Hugh Kenner (1923-2003) that he had met Ezra Pound in 1929 while at dinner with James Joyce. In a letter to Kenner, SB recalls: “My memory is of the Trianon restaurant and I can still see the artichoke’s heart evading his fork while he inquired cuttingly what epic I was engaged on at the moment” . . . As told by Kenner [in The Pound Era], Pound “came upon Joyce holding court and was enraged by what he took to be a climate of sycophancy. Of one slim youth he enquired, in withering tones, whether he might be writing an Iliad, or would it be a Divina Commedia.” Kenner added: “One should not say such a humiliating thing to anyone . . . but it is especially regrettable that he should have said it to Sam Beckett.”

Kenner calls it Pound’s “needless irascibility.” (Isn’t one sign of aging the begrudging of youth its youth, meaning its sheer ungainly possibility. Hence, I suspect, Pound’s momentary fork-fingered loss of motor control. One routinely sees it in the petulant fierce occludings of the “arrived” . . .)

I thought myself of trying again in English, but it’s only evading the issue like everything else I try. If there was a head and a rock I’d rather beat that against this than start the old fake stravaguing again. It’s hard to go on with everything loathed and repudiated as soon as formulated, and in the act of formulation, and before formulation. . . . At the moment I have a “man” crawling along a corridor in the rock in the dark, but he’s due to vanish any day now. Of course there’s no reason why it would start now or ever for that matter. I’m horribly tired and stupefied, but not yet tired and stupefied enough. To write is impossible but not yet impossible enough. That’s how I cod myself these days.

In Guy Davenport’s Trois Caprices, in the story of “Pyrrhon of Elis,” “an agnostic who withheld his opinion of every matter”:

He denied that anything was good or bad, right or wrong. He doubted that anything exists, said that habits and custom dictate our actions, and would not allow that a thing is either more this than that on its own.
He thus went out of his way for nothing, leaving all to chance, and was wholly incautious with encounters, whether with carts in the street, cliffs toward which he was walking, or dogs. He said he had no reason to believe that his solicitude for his welfare was wiser than the results of an accident. Antigonos of Karystos tells us that his friends followed him about to keep him from falling into rivers, wells, and ditches. He lived for ninety years.

Amongst Pyrrhon’s teachings: “A thing can be known in relation to something else, therefore nothing can be known in itself . . . To confirm one thing by another, as we always must, is to move in a futile circle.” I think of Dana Ward in “Typing ‘Wild Speech’” (This Can’t Be Life, why so determinedly piecemeal my reading thereof?) writing: “Stephanie has a line—‘the real sickness of comparing unalike things’. I squirm as I ring my variations on this illness. All I ask of promiscuous affinity is that it cross the valediction of their bodies.” Or the Pyrrhonesque in Ward’s lines:

I used to see ‘being a poet’ as an intoxicating costume that was just over there & if I could inch ever closer to it I’d be contaminated fully & mixed with its essence forever. Often times I have nothing to add to this confusion beyond the lightning storm of my own political depravations, for which my poetry is an endless sea of waiting metal rods. So there’s the face of a part of my trouble. Thus, as a ‘poet’, I must drink, must smoke, must travel, must dodge employ as much as possible. I guard these aspects jealously as I’ve allowed their presence to assume a causal life inextricably linked to my production as a poet. A sort of Fordist assemblage of romantic clichés that when operating in consort give me access to a consciousness that floods the factory backwards, destroying it, & that’s called a poem. Then its ruins in their sentience gather back together & the whole fucking thing starts again.

Kin, surely, in its tough and tender command of its “stance”—amidst wild uncertainty—to O’Hara’s “Personism”: “one of its minimal aspects is to address itself to one person (other than the poet himself), thus evoking overtones of love without destroying love’s life-giving vulgarity, and sustaining the poet’s feelings towards the poem while preventing love from distracting him into feeling about the person.” So Davenport’s Pyrrhon of Elis inhabits a world made grace by means of its welter of particulars, nothing “like” any other thing, nothing “either more this than that,” all detritus, waywardness, extravagaria, the artichoke sliding off the plate:

So for ninety years Pyrrhon, the son of Pleistarkhos, lived . . . in the charming town of Elis, with its horse-breeding citizens; and Olympic coaches and umpires; its swarm of splendid athletes and spectators every four years; its shady streets with sleeping hogs and their nursing litters; yellow dogs running in packs; choruses of Spartan trumpeters; fleets of Corinthian girl companions with raccoon eyes, pink frills and Asiatic embroidery from shoulder to heel and gaits as if to the flutes of Lydia; goats in a mist of flies; eloquent sculptors talking style in the wine shops; long-haired painters jibbering over onion stew in the ordinaries; mathematicians playing chess under the chinaberry trees; children tossing knucklebones in the parks under the gaze of Gorgon nannies; ladies of the Sodality of Hera rolling though the avenues in donkey carts, demure under parasols; grizzled philosophers and their raunchy boyfriends tumbling naked in the palaistra . . . a sad Gaul who was writing a book about the moon; acrobats; priests of every mystery you could think of, Eleusinian, Delian, Sabazian, Dodonian, what have you, even a brown Egyptian who ran a temple of Isis and Osiris down near the tanning yard (much heckled by the stable boys); in short, a fine round world of people and things, seasons and years and rumors of other worlds as far away as the Indus and the Nile, the Thames forever hidden by fog and the Danube said to be as blue as a Doric eye; but was honestly uncertain that he did, and would never admit to any of it.

“That’s how I cod myself these days.”