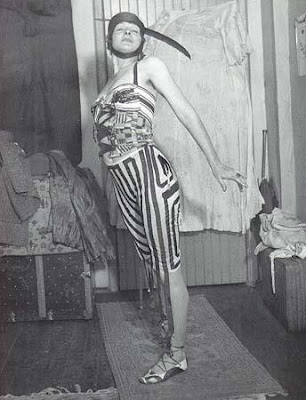 Two measly fragments: Dana Ward’s reference to a “reverential feeling for art that moves on colt’s legs” in “Typing Wild Speech”—out of This Can’t Be Life (Edge, 2011)—that tenderness for the ungainly, the awkward, the uncoaxed geomancy of totting the earth by merely advancing. That, and William Carlos Williams’s play Many Loves (put together c. 1941), constructed of three single-act pieces. Initial title: Trial Horse No. 1. A trial horse being one put up as opponent for a champion in trial competitions or exhibitions, or for workouts. Williams in the figure of Hubert (“a poet—and dramatist in the making”) argues precisely for all the gawky grace and unfouled exuberance of any raw push to “enter the new world naked, / cold, uncertain of all / save that they enter . . .” Against the derisive and skeptical Peter (“a man of considerable wealth”) who brings only brute rapacity (meaning formulaic, reliable, certain, adult) to art (“Trial, yes. The theater is a trial, / truly. It’s not a plaything. But / in the theater to kill you’ve got / to kill! With a hammer if need be . . . / Or they’ll walk out on you. . . .”) Williams:

Hubert:
I have a play, mature
enough to suit you, which has been sketched
scene for scene, act for act.
But lacking experience, as you know,
I have adopted this method
of a trial-horse to approach it.
And were it not for the bitterness
which . . .

Hubert:
I say: when we see,
on the stage, what we expect to see—
I’m not speaking of circuses
but something to turn our minds a little
to the light—it should project
above the coarseness of the materials . . .
something else, in the words themselves,
tragic without vulgarity. Seen—
in the mind! The mind itself . . . today,
without firearms and other claptrap,
in its own tragic situation. We can’t
do this at once but must restudy
the means. If I wish to present love,
dramatically today . . .

Hubert:
By spitting in it.

Peter’s only reply, a negligible, vacuous attempted dismissal: “Puh!” (Williams’s “coalscuttle” inevitably recalls the Baroness Elsa von Freytag-Loringhoven. See the report of Margaret Anderson in My Thirty Years’ War: “She wore a trailing blue-green dress and a peacock fan. One side of her face was decorated with a canceled postage stamp (two-cent American, pink). Her lips were painted black, her face powder was yellow. She wore the top of a coal scuttle for a hat, strapped on under her chin like a helmet. Two mustard spoons at the side gave the effect of feathers.”) Williams (writing c. 1939 about Kenneth Patchen’s work, though the words apply directly to Williams’s own, too, and to Ward’s wild and restlessly memorious prose and poetry—I think of Pound’s “nothing matters but the quality / of the affection— / in the end—that has carved the trace in the mind . . .”)—Williams identifies the “great theme”:

Love . . . divine and human, and, un-winking, what our life has done to it. To this he brings a structural device filling the page at its best for what he wants to say—scattered, jagged, irregular, with long explanatory titles—burdened with uncertainty.