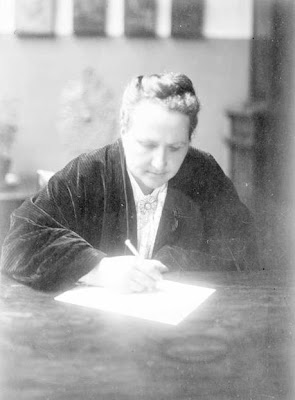 Smallish winter itches, though the approaching day is balmy. Disconcerted by the immodesty of its jut. (A sentence that only decided itself in its delivery—disconcerted largely by its empty reach, it latched itself to an innuendo’d salient, somewhat hurriedly, somewhat embarrassedly.) I think of what Gary Lutz says:

I write stand-alone sentences. I might fixate on three or four sentences a day. I’ll enlarge them to at least twenty-six-point type on the screen. I’ll futz around in their vitals, recontour their casings, and work a kind of reverse cosmetology on them to bring out any defining defects or birthmarks or swoonworthy uglinesses and whatnot. Only much later will one such sentence overcome its aloofness or diffidence and begin to make overtures to another sentence, which might be pages and pages away in the draft. The sentences eventually band together into paragraphs. The paragraphs, to me, are nervous little cliques or sororities of like-natured outcasts who put up with each other despite the friction.

Akin to what I maintain is my reading style: making prose plotless by the adamancy of my atomizing, that is, weighing each book sentence by singular sentence. (See Sir Philip Sidney’s “not speaking table talke fashion, or like men in a dreame, words as they chanceably fall from the mouth, but peasing each sillable of eache word by just proportion”—early demand to “recontour their casings.”) Peasing out of peise, v. < Anglo-Norman paiser, peiser, peisser, Anglo-Norman and Middle French peser (c1050 in Old French; French peser) to burden, oppress, grieve (a person) (c1050), to weigh (an object) (late 12th cent.), to consider, ponder, examine attentively (a person or thing) (end of the 12th cent.), to have a specified weight (c1170), to be heavy (c1200) < classical Latin pēnsāre to weigh, ponder, consider. A terrific word: it makes thinking itself material, something like a coin tumbling down into the slot of the mouth, burnished and tongue-palpable. Ought I ponder whether or not Lutz is slyly aping Gertrude Stein’s insistence that “Sentences are not emotional but paragraphs are”? Stein:

I can say that as often as I like and it always remains as it is, something that is.
I said I found this out first in listening to Basket my dog drinking. And anybody listening to any dog’s drinking will see what I mean.

And I try to make my ears encumber that aberrantly loud knock of dog’s tongue against water, its final lingual materiality, its brusque affability. Gertrude Stein in How to Write (1931): “I return to sentences as a refreshment.” And:

Grammar is restless and earned.
Walking in can field a dance grammar is restless and earned.
. . .
Is simplicity conviction or grammar and is simplicity more than put in.
How whatever.
Grammar is intense in dried again there and then.
The question is if you have a vocabulary have you any need of grammar except for explanation that is the question, communication and direction repetition and intuition that is the question. Returned for grammar.

Grammar is intense in dried again there and then. Repetition syndrome. I think of Laura Riding’s complaint regarding “corruption of the reasons of poetry” in remarks “To the Reader” prefacing the Collected Poems (1938):

In poem-writing and poem-reading the stirring up of the poetic faculties has been a greater preoccupation than their proper use; the excitement of feeling oneself in a poetic mood has come to be regarded as adequate fulfillment both for the reader and the poet. Hence the frequent vulgarism ‘What is this poem about?’—when the reader feels that there is an element in a poem beyond that designed to evoke in him the flattering sensation of understanding more than he knows . . .

Isn’t one counterpoise to that “design” (prevalent hereabouts, a glut of the “era”) the kind of sentence-myopia that Lutz so intrepidatiously (and slowly) executes, all remnant sardony watered with joy? Against the “how whatever” sprints of mere grammar. “Smallish winter finches approach the day’s balm. Concerted in the modesty of their route.”