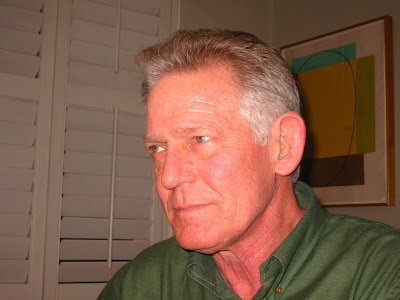 In the Roland Pease-edited annual (deplorably now suspended) of “poems, translations & interviews,” Zoland Poetry No. 5 (2011), a lively interview with Bill Berkson, conducted by Thomas Devaney. In it, Berkson talks about “The Waste Land,” the use he made of it, and how it provided a serious initial point de départ and point de repère both (“I followed the notes to “The Waste Land.” So that gave me John Donne and Dante, Jessie Weston, The Golden Bough, John Webster, Ovid, and so on.”) Berkson, offering a plausible (and rarely so put, Eliot’s suasion amongst the avant-garde so spalled off by Williams’s constant bombardments, see Berkson’s own story of how, shortly after the appearance of “The Skaters” he remarked to Ashbery how it recalled “The Four Quartets, and he [Ashbery] said he’d always meant to read them, and probably would”) lineage:

One of the critics called it a “cinematographic” way of composing. So that business of one line put next to the other, phrases from diverse sources—I now realize how that persists with me. Frank O’Hara once introduced me at a reading at NYU by saying that I was the only young American poet making an interesting use of T. S. Eliot. How he figured that out I’ll never know. There’s a funny connection, too, between that brief phase of Eliot and what is loosely called Cubist poetry, “Lundi rue Christine” by Apollinaire or certain poems of Reverdy, the really adventurous French poets Eliot seems to have had no interest in. But then on to “Europe”: from “The Waste Land” to John Ashbery’s “Europe” seemed like a simple step.

No, but clear to me. “Europe” was, in those terms immediately comprehensible. Both “The Waste Land” and “Europe”—and this is, I think, key—allowed for a sense of format. Which is to say, whether it was Coolidge or Padgett, Dick Gallup or Ted Berrigan, Joe Ceravolo—those of us inspired by what John Ashbery was doing in the poems of The Tennis Court Oath, particularly “Europe,” each poet responded in his own way. Format was the handy aspect there. Ashbery was taking apart his native language, which had, because he was living a French life in Paris, become distant to him, his relation to language being already aslant with irony, as it is. The so-called “pulverized” language of “Europe” and those other poems was different from ours in that ours would not or had not yet composed itself. For myself, a nonsyntactical grid of words and phrases—or one where the syntax is slippery—allowed for a way of locating what I had. For the poems, or some of them, early on, all I had was a feeling for how to lay them out, some of which came from print culture generally, some from how “Europe” looked on the page, and otherwise from visual art and music. . . .

That “grid” and its “way of locating what I had”—largely because of late I keep turning to (making a feeble considered ruckus in) J. H. Prynne’s work—triggers a furtive reconnoitering of likes. It commenced with my reading of Berkson’s poem—quoted by Devaney, who notes its “unflagging sense of forward momentum”—“By Halves”:

do limits build
both sweet and cruel
or over to you off at
your compass studies,
visor at odd angles perforated,
plumb to sky
to service mouthful signage in pearly
cantina load where squawks from a ceiling,
headed down the demon slopes
for work place, total their sheer
carbon feed on an average night
that at any guardrail slick nails the morphological in bins?
Thus backup wealth lifts an ancient spume, glowering with grammar
whose joined bronze gives pause,
erect lapse paging glory, when wing is rag

Isn’t that of the untroubled ilk and near kin to something like:

At late stage the defect of scale scrapes off
the felt lining to slight down the huff, displaced
into wrong water. Split finish by large numbers
will cruise to punish the knife, in common rite
cuffed and bled to moral ennui, each wave mortal
with rapt digression. Who doesn’t count won’t
matter, leaf cover shimmers to greet day-care


blips on the cycle, citrus screened, doing a turn
on borrowed wheelskates. In the avertive cleft
of ‘an arithmetical curiosity’ a link itself blisters
to foil up front treatment, choosing up against
warded splines. Mis-timed by equity trap points
to run and run like colour all down the blade,
this scant fuel thins to vapour in vacant air.

Being a part of Prynne’s sequence Unanswering Rational Shore (Object Permanence, 2001). (The minor echo of Eliot’s “gathering fuel in vacant lots” entirely unanticipated, that is, unintended in my rather random selecting, noted only in the typing. Lo mismo’s salient upthrust.) Berkson, in the interview, recalls “trying to short-circuit any kind of anticipated meaning, to defeat the reader’s habitual expectations at all costs. I thought I wanted to write poems that didn’t mean anything.” And, later:

Then again, I came to this sort of joyful, but also scary realization that meaning is unavoidable—you have to watch your language, what it might be saying. I got more interested in poems with a presence of meaning, or in which meaning is a sort of felt presence—sometimes you feel you could get it, grasp and define it, and sometimes not, but you feel an impingement, an atmosphere where shifting connotations appear almost graspable. . . . With that came this other realization, that the scatter all fits, whether one intervenes or not, to make it so. As Beckett says, the mess gets accommodated.

Think of that—attending to what arranged language “might be saying,” that “presence of meaning”—against Prynne’s sense (spelled out in the 2008 talk “Difficulties in the Translation of ‘Difficult’ Poems”) of constructing the poem as a semantic field with “not meaning determining its pattern of expression, so much as pattern and pattern-violation generating their own tendencies of meaning—or perhaps we should call this ‘meaning’, in some second-order sense.” Prynne’s version of Berkson’s aim of short-circuitry: “When links in text-cohesion are violated or cut off, when extreme ambiguity displaces recognisable topic-focus, when discourse levels and fields of reference are switched abruptly and without sign-posts, these features may begin to comprise a second-order strategy of pattern-making in a new way.” Oddly, both Prynne and Berkson provide what I read as warnings / distinctions against such disruptings become “style” or mere “playfulness”—just another means in a supposed arsenal of techniques. Berkson compares the shiftings (“multiple meanings thicken the plot”) to Cubist doings and notes how Cubism’s successors Stuart Davis and Arshile Gorky “took Cubism as design, a design style”:

It wasn’t composition like it was for Braque and Picasso, or even Gleizes and the other Parisian Cubists. Shifting planes—“planometrics,” they called it in midcentury art classes, when Cubism had become an easy teaching tool—for Gorky and Davis was a format into which you could plug whatever meaningful matter you were carrying.

(Nota bene, would-be Prynne acolytes.) Prynne’s own distinction puts enormous weight on claims of authorial intent. Of “pattern and pattern-violation generating their own tendencies of meaning,” he says: “I don’t think this is equivalent to post-modernist playfulness, where meaning is allowed to skim across a surface in a deliberately arbitrary way, because the use of difficulty as a method of poetic thought is different both in intention and effect from difficulty as a playground or a funfair.” Or, as Prynne’s lines seem to suggest in Kazoo Dreamboats or, On What There Is (Critical Documents, 2011), “phrasal turmoil in cap position” may offer one possible means to assay (“purchase grind on”) the lingual “scam of scams”:

I saw too by links of redaction in fluency, not yet perfect because by nature self-mutable even the bounds transient each to alter in replacement through pair logic overlay, in otherhood unfinished bearing phrasal turmoil in cap position, limit across rotation the corridor not self-invaded by sweetness each time in momentary batch flavour. Equalised to run its surplus attached to overdrive each word capsule clamped at reward issue upper to lower jaw purchase grind on this scam of scams.